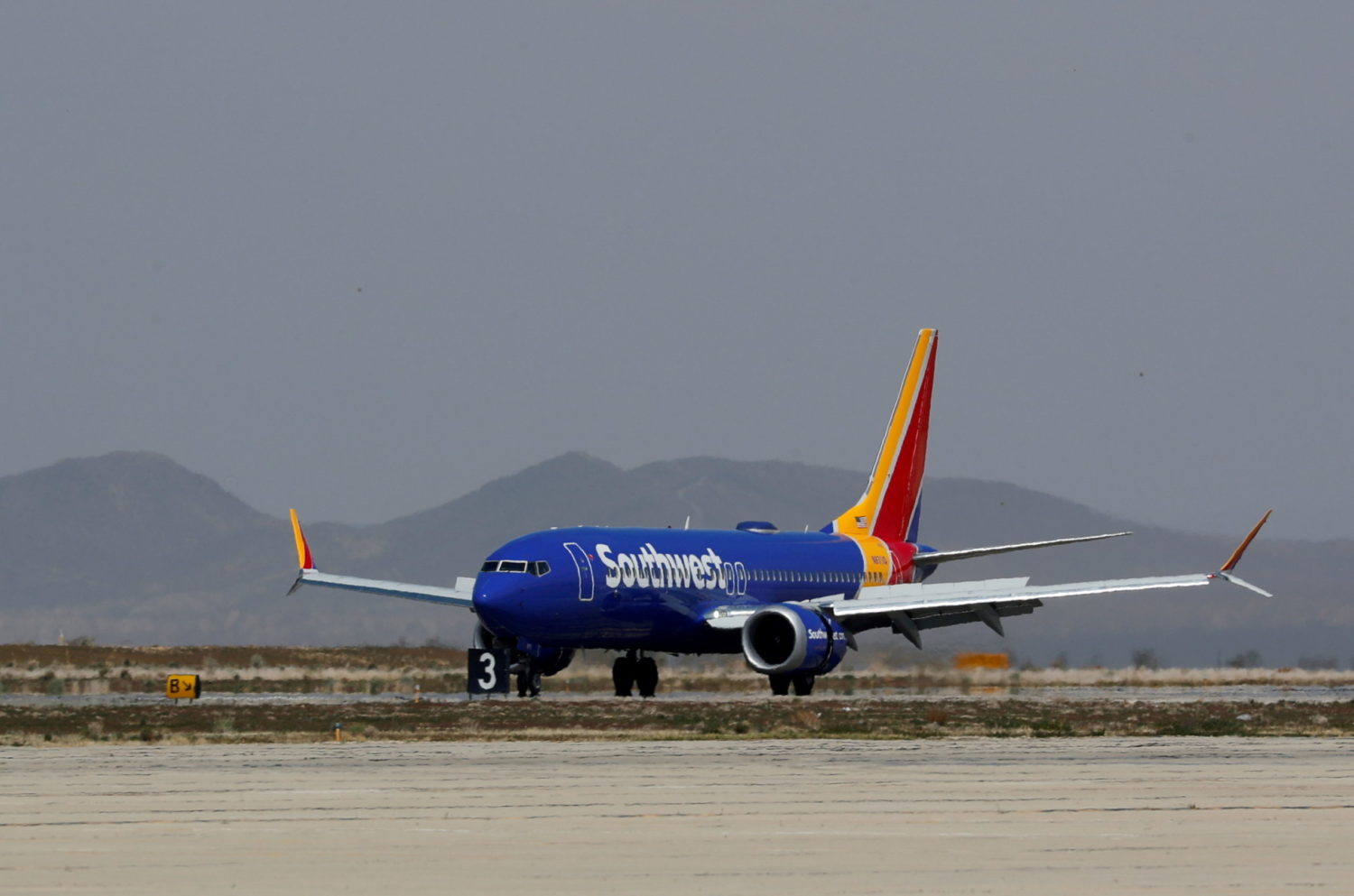 (Reuters) -Southwest Airlines Co said on Monday it expects to resume normal service this week after cancelling more than 1,900 scheduled flights over the weekend, blaming unfavorable weather and air traffic issues in Florida.

The airline had canceled 1,124 flights, or 30% of its daily operation, on Sunday and more than 800 trips on Saturday, according to data from flight tracking platform flightaware.com. The website also showed nearly 350 cancellations on Monday.

Southwest, whose shares fell about 4% in early trading, did not give the number of cancellations, but said it was “significant.”

“While we work to stabilize our operations, we anticipate to resume normal service this week,” the airline said in a reply to a tweet from a flier asking about a canceled flight.

Meanwhile, its pilots union has denied speculation on social media that the cancellations were due to their action.

The union said in a statement on Saturday that it was “aware of operational difficulties” but its pilots were “not participating in any official or unofficial job actions.”

It had last week said it would file a temporary restraining order to stop Southwest from complying with a COVID-19 vaccine mandate for federal contractors, which included major airlines.

Alan Kasher, Southwest’s executive vice president of daily operations, told employees on Sunday that while the airline was staffed for the weekend, it did not anticipate the size of the disruptions.

“And as we’ve seen before, an unexpected number of delays ultimately leads to a staffing shortage, and at times, mandatory overtime because of the longer operating day,” he wrote on the company’s intranet.

“Although we’ve made schedule adjustments leading into the fall, our route system has not fully recovered—that will take time.”

The Federal Aviation Authority said no air traffic staffing shortages had been reported since Friday, but that some airlines were experiencing scheduling challenges due to aircraft and crews being out of place.