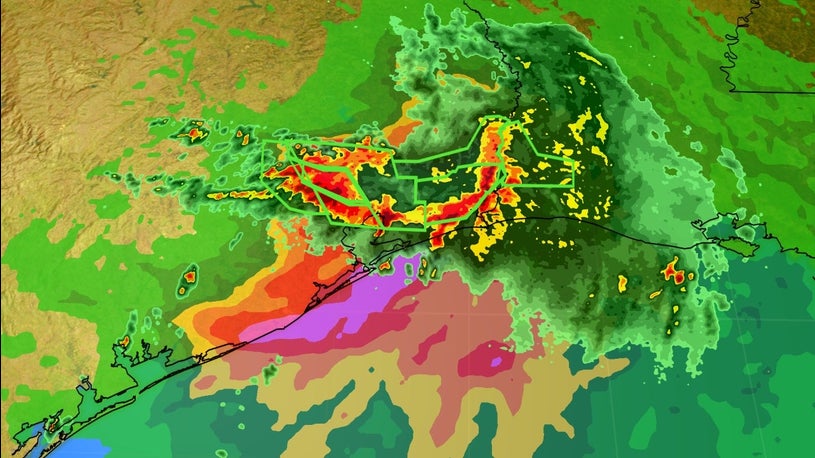 HOUSTON (Reuters) – All flights into Houston’s international airport, one of the busiest in the United States, were halted on Tuesday as Tropical Depression Imelda inundated southeastern Texas with heavy rains and triggered flash flood warnings.

The George Bush Intercontinental Airport tweeted that it was under a “full ground stop” while the National Weather Service said flash flood warnings were in effect for the Houston area through the evening.

The National Hurricane Center forecast that up to 35 inches (89 cm) could fall in some coastal areas, while Energy Texas said over 37,000 people were without power so far. Work at oil refineries southeast of Houston was also slowed or halted.

Turner said the city was better prepared to rescue any stranded residents and deal with flooding than when Hurricane Harvey hit in 2017, leading to dozens of deaths in Houston and billions of dollars in damage.

The mayor said that as of mid-morning, a small number of residents had been evacuated because of flooding in northeast Houston.

Millions of people in and around Houston and nearby western Louisiana were under flash flood watches on Thursday as the National Weather Service predicted a final 4 to 10 inches (10 to 25 cm) of rainfall throughout the day.

The small town of Winnie, about 60 miles (100 km) east of Houston, was badly hit. Officials there evacuated Riceland Hospital and tried to rescue people marooned in their vehicles after roads turned into lakes.

“The community of Winnie is being devastated by rising water,” the Chambers County Sheriff’s Office said in a statement, advising residents that the Red Cross had opened a shelter and that emergency officials were rescuing people by boat.

Imelda made landfall as a tropical storm near Freeport, Texas on Tuesday.

(Reporting by Gary McWilliams in Houston, Jonathan Allen in New York and Brad Brooks in Austin, Texas; Editing by Will Dunham and Steve Orlofsky)