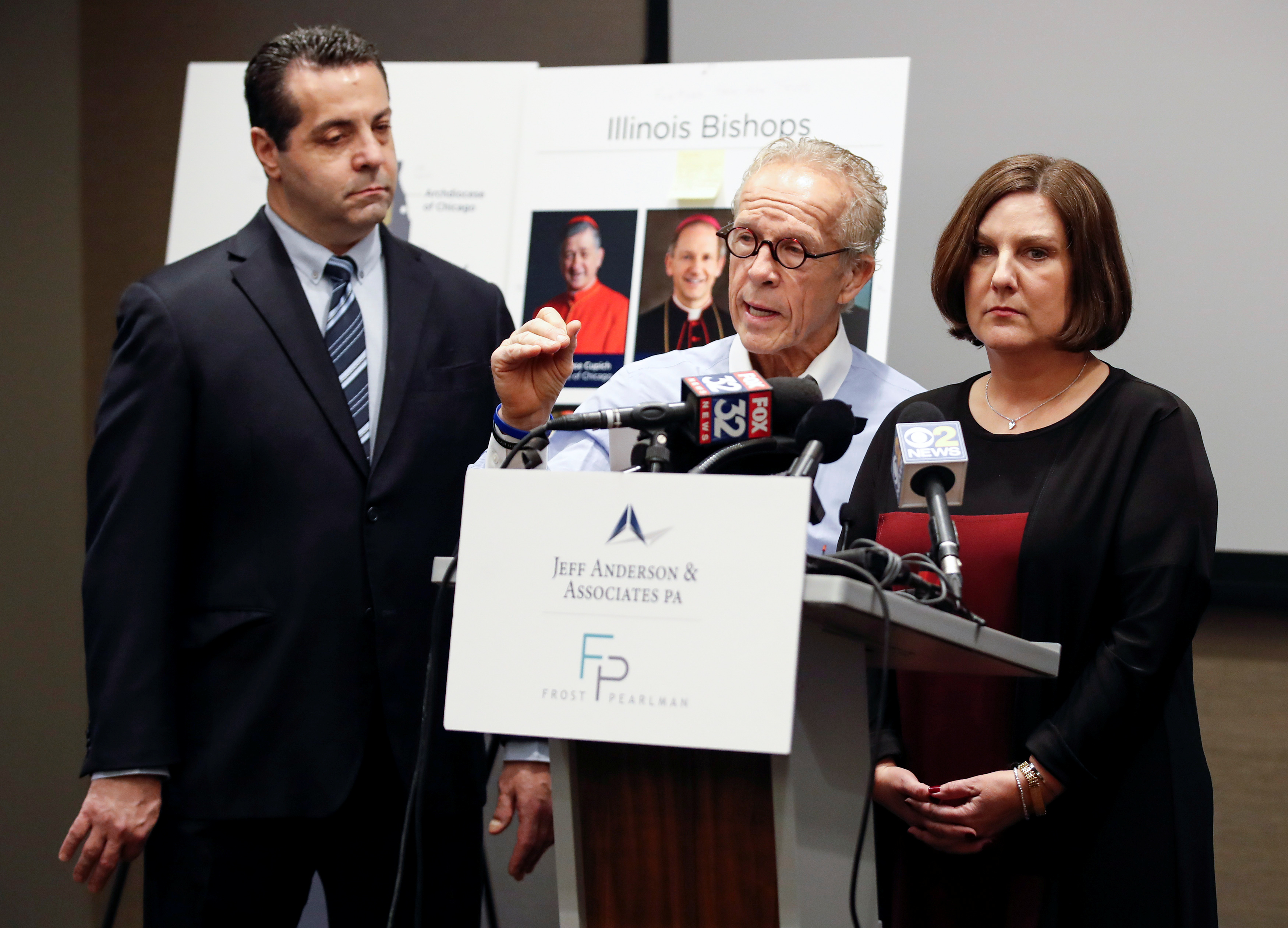 CHICAGO (Reuters) – Survivors and lawyers demanded on Thursday the Catholic Church make public the names of 500 priests or clergy members in Illinois accused of child sexual abuse, in the latest outcry of a global crisis.

They spoke out two weeks after Illinois state Attorney General Lisa Madigan issued a blistering report stating alleged abusers had not been publicly identified by the Church and many had not been properly investigated.

“We’re here to fight for the 500 that have been identified as the number of clergy offenders who the Catholic bishops … in Illinois know about who have not disclosed,” attorney Jeff Anderson said at a news conference standing alongside survivors.

Anderson said he and his colleagues will issue a report by next month that identifies every clergy offender accused of child sexual abuse who was brought to their attention.

Children cannot be protected unless the names are provided to police and the general public, Anderson said.

Knowing the names of the accused priests would also help victims who have not come forward, survivor Ken Kaczmarz said.

“If the priest that molested them is on a published list, those people that are currently suffering in silence will, I guarantee you, have the courage to seek help,” he said.

The Illinois dioceses of Rockford, Joliet and Belleville on Thursday stood by lists published on their websites of priests with substantiated allegations of sexual abuse of a minor and of clergy removed from ministry.

Representatives of the other three dioceses in Illinois did not immediately respond to requests for comment.

Madigan, who opened her investigation in August and leaves office later this month, said the 500 priests and clergy members her office had identified were in addition to 185 publicly named by the six dioceses.

Facing accusations of sexual abuse and coverups by priests around the world, Pope Francis on Thursday accused U.S. bishops of failing to show unity in the face of the crisis.

Survivors gathered in downtown Chicago on Thursday as U.S. bishops met near the city for seven days of prayer and spiritual reflection ahead of a gathering at the Vatican in February to confront the global abuse crisis.

“There has to be more than 500. That’s just the start. We need a comprehensive list in order for the Church to feel safe again,” Cynthia Yesko, a survivor and plaintiff of a lawsuit seeking the disclosure of the names of clergy offenders in Illinois, said.

(Reporting by Suzannah Gonzales in Chicago; Editing by Caroline Stauffer and Matthew Lewis)