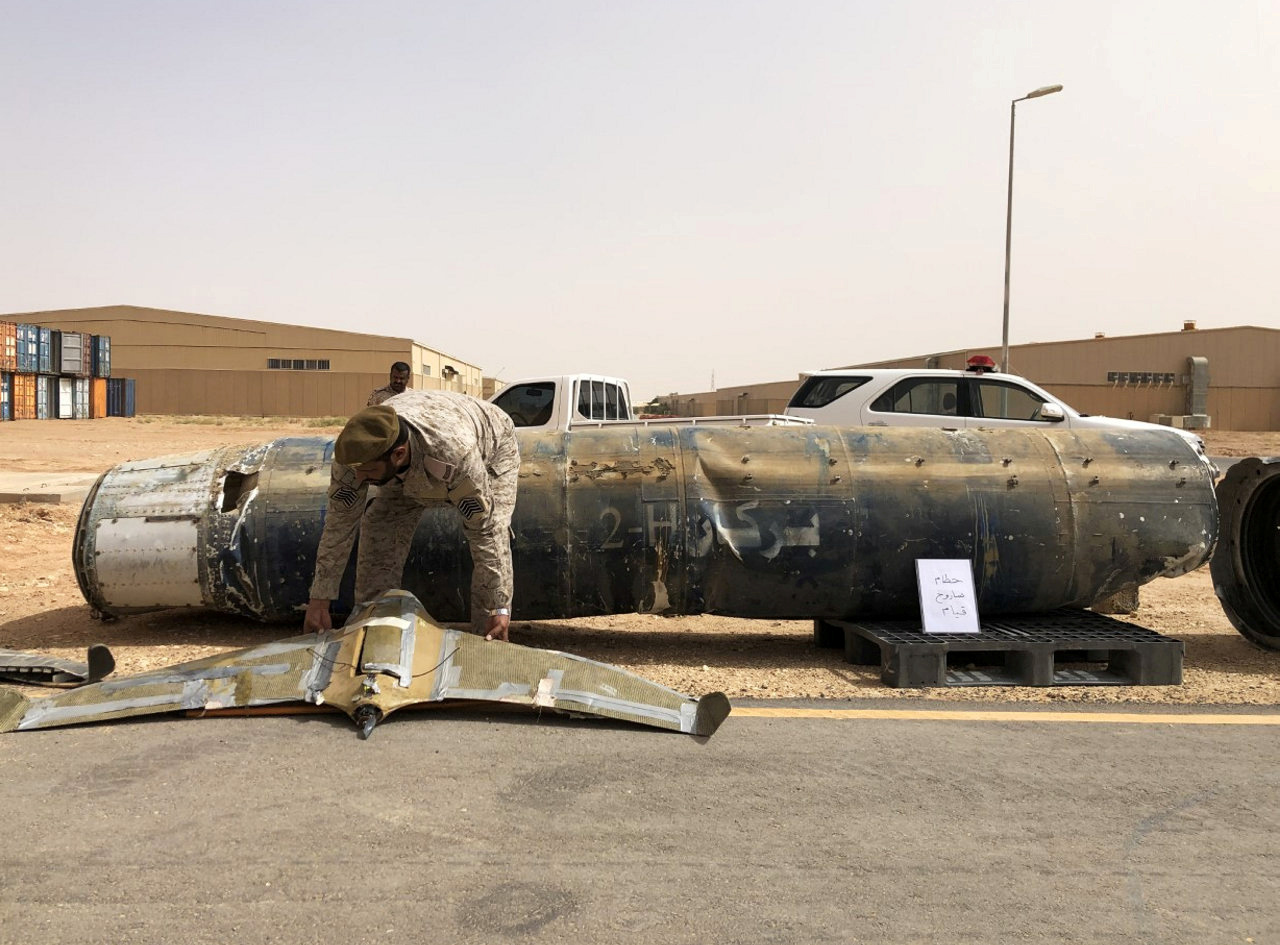 By Babak Dehghanpisheh and Phil Stewart

GENEVA/WASHINGTON (Reuters) – The increased use of drones by Iran and its allies for surveillance and attacks across the Middle East is raising alarms in Washington.

The United States believes that Iran-linked militia in Iraq have recently increased their surveillance of American troops and bases in the country by using off-the-shelf, commercially available drones, U.S. officials say.

The disclosure comes at a time of heightened tensions with Iran and underscores the many ways in which Tehran and the forces it backs are increasingly relying on unmanned aerial vehicles (UAVs) in places like Yemen, Syria, the Strait of Hormuz and Iraq.

Beyond surveillance, Iranian drones can drop munitions and even carry out “a kamikaze flight where they load it up with explosives and fly it into something”, according to a U.S. official who spoke on condition of anonymity.

Last month, Iran came close to war with the United States after the Islamic Republic’s unprecedented shoot-down of a U.S. drone with a surface-to-air missile, a move that nearly triggered retaliatory strikes by U.S. President Donald Trump.

Trump withdrew from a major 2015 nuclear deal last year and reimposed sanctions to cut off Iran’s oil exports and pressure the Islamic Republic to negotiate over its ballistic missile program and regional policy.

The increased use of drones by Iran or its regional allies is a strategy aimed at pushing back and defending against pressure from the United States and foes like Saudi Arabia and Israel, current and former security officials and analysts say.

Iran now flies two or three drones over Gulf waters every day, the first U.S. official estimated, making it a core part of Tehran’s effort to monitor the Strait of Hormuz, through which one-fifth of the world’s oil consumption flow.

The United States and Saudi Arabia have accused Iran of carrying out attacks against six oil tankers near the Strait in the past two months, a claim Tehran has denied.

The U.S. officials, who spoke on condition of anonymity, declined to quantify the extent to which surveillance near U.S. forces has increased in Iraq or to specify which militia were carrying it out.

“We have seen an uptick in drone activity in Iraq near our bases and facilities,” the first official said. “Certainly the drones that we have seen are more of the commercial off-the-shelf variant. So they’re obviously a deniable type UAV-activity in Iraq.”

A second official said the recent increase in surveillance was worrying but acknowledged Iran-linked militia in Iraq had a history of keeping tabs on Americans.

Reuters has previously reported that the United States has indirectly sent warnings to Iran, saying any attack against U.S. forces by proxy organizations in Iraq will be viewed by Washington as an attack by Iran itself.

In recent weeks, mortars and rockets have been fired at bases in Iraq where U.S. forces are located but no American troops have been injured. U.S. officials did not link those attacks to the increased surveillance.

Attempts to reach the Iranian ministry of foreign affairs and the Revolutionary Guards, who are most closely linked to militant groups in Iraq, for comment were unsuccessful.

Iraqi militia groups linked to Iran began using drones in 2014 and 2015 in battles to retake territory from Islamic State, according to militia members and Iraqi security officials.

These groups received training on the use of drones from members of Iran’s Revolutionary Guards and Lebanon’s Iranian-backed Hezbollah, two Iraqi security officials with knowledge of militia activities said.

“Key militia groups have the ability to launch aerial attacks using drones. Will they target American interests? That hasn’t happened yet,” said one Iraqi security official. “They used Katyusha [rockets] and mortars in very restricted attacks against American interests in Iraq to send a message rather than trying to inflict damage. Using explosive-laden drones is very possible once we have a worsening situation between Tehran and Washington.”

HOW SOPHISTICATED ARE IRAN’S DRONES?

In March, Iran boasted about a complex military exercise involving 50 drones. In a slickly edited video aired on state TV, waves of drones streak across a clear blue sky, bombing buildings on an island in the Gulf.

The show of force was intended to highlight Iran’s locally developed UAV program, which it has been building up for several years.

Douglas Barrie, a senior fellow at the London-based International Institute for Strategic Studies, however, cautioned that some of Iran’s claims were “best viewed through the prism of domestic messaging”. “That Iran has a growing capability in UAVs isn’t debatable. What is an open question is the actual levels of technology it often employs,” Barrie said, adding that Israel had the most advanced program in the region.

American technology may have been used to enhance the Iranian drone program: an advanced U.S. RQ-170 Sentinel reconnaissance drone went down in eastern Iran in 2011, and Revolutionary Guards commanders say they were able to reverse engineer it, a claim which some security officials and analysts dispute.

“They’ve really come up with some aircraft which are looking increasingly sophisticated in terms of their ability to carry guided weapons and carry out long-range surveillance missions,” said Jeremy Binnie, Middle East and Africa editor for Jane’s Defense Weekly.

U.S. forces have shot down Iranian-made drones in 2017 in Syria, after deeming them a threat to both U.S.-backed forces and their advisers.

Iran has passed on its drones and technical expertise to regional allies, current and former security officials and analysts say.

The Revolutionary Guards and Hezbollah advise the Houthis on the use of drones and operate video uplinks from Tehran and Beirut to beam in technical expertise when needed, an official from the Saudi-led coalition fighting in Yemen said.

Iran has denied any role in the conflict in Yemen.

U.N. experts say the Houthis now have drones that can drop bigger bombs further away and more accurately than before. In May, drones hit two oil pumping stations hundreds of kilometers inside Saudi territory.

“Either the drones that attacked the pipelines were launched from inside Saudi territory or the Houthis just significantly upped their capability with satellite technology and were provided with the capability to extend the distance,” said Brett Velicovich, a drone expert and U.S. Army veteran, about the May attack.

A commander of Kataib Hezbollah, an Iraqi militia closely linked to Iran, using the nickname Abu Abdullah, told Reuters in 2014 that Iran had provided training for operating drones, which were mostly used to target Islamic State positions.

He said at the time that they had also used the drones to carry out surveillance on American military positions in Iraq and in the conflict in Syria, where Kataib Hezbollah fought in support of President Bashar al-Assad.&nbsp;