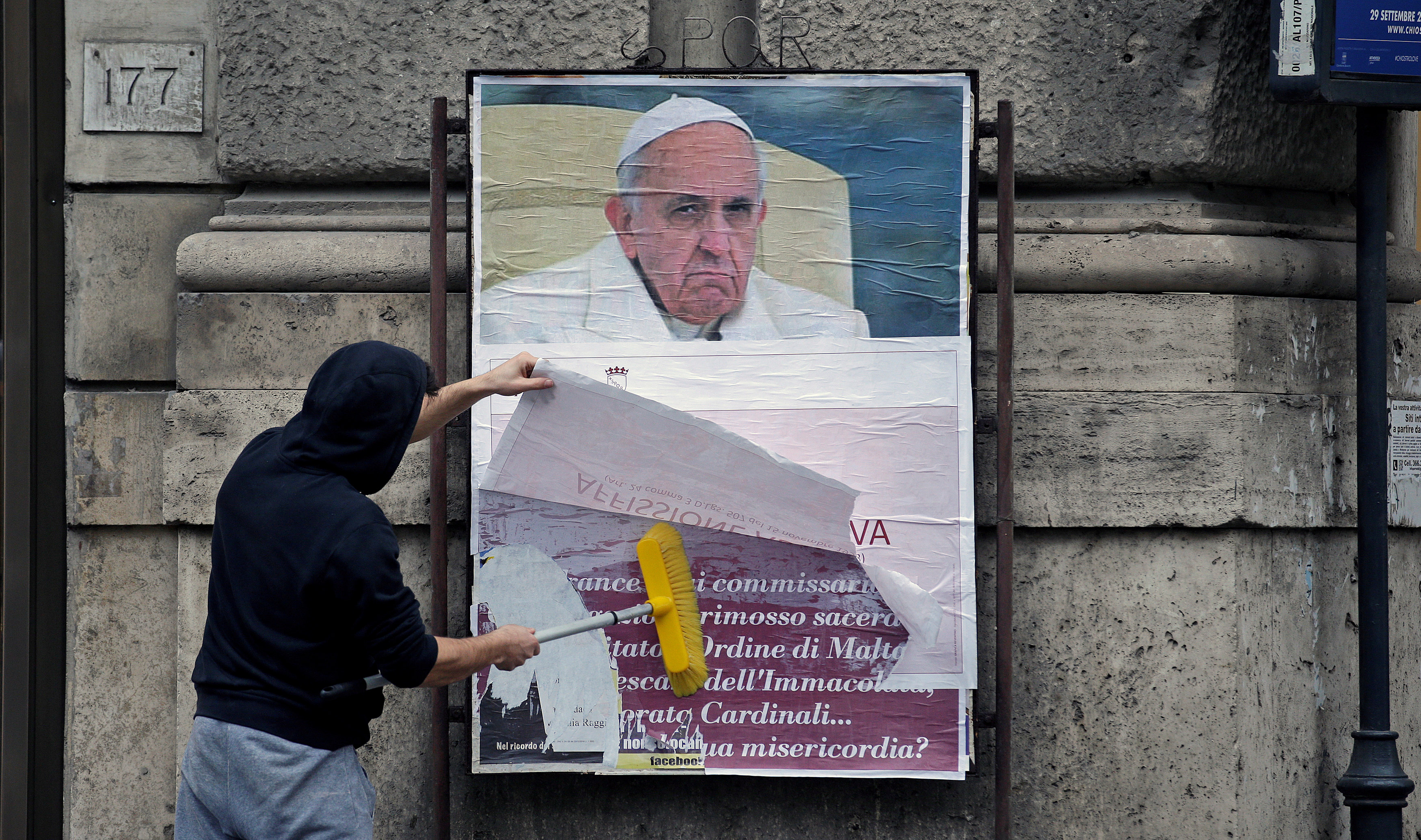 VATICAN CITY (Reuters) – Senior Roman Catholic cardinals from the around the world defended Pope Francis on Monday against a spate of recent attacks from conservatives challenging his authority.

In an unusual move, nine cardinals in a group advising Francis on Vatican economic and structural reforms issued a statement expressing “full support for the pope’s work” and guaranteeing “full backing for him and his teachings”.

The statement was unusual in that the cardinals – from Italy, Chile, Austria, India, Germany, Congo, the United States, Australia and Honduras – customarily issue statements only at the end of their meetings, which are held four times a year.

The statement said the cardinals expressed their solidarity with the pope “in light of recent events,” which Vatican sources said was a clear reference to the attacks.

On Feb. 4, mystery activists working under cover of dark plastered posters around Rome criticizing the pope for moves seen as targeting conservatives in Church.

They featured a picture of a stern-faced pontiff and the slogan: “Where’s your mercy?” The posters accused Francis of several controversial acts, including what they called “the decapitation of the Knights of Malta.”

This was a reference to an ancient Catholic order of knights which is now a worldwide charity. Its former grand master, or top leader, handed in his resignation after he and his main backer, American Cardinal Raymond Leo Burke, lost a battle with the Vatican for control of the order.

It poked fun at the pope for not having responded to a rare public challenge in November by four conservative cardinals, led by Burke, who accused him of sowing confusion on important moral issues such as homosexuality and divorce.

Cardinals are the highest-ranking Catholic prelates below the pope and those under 80 years old can vote in a conclave to elect his successor.

Burke has become a rallying point for conservatives who think the pope is taking the 1.2 billion member Church too far to the left and accuse him of showing more concern for social issues such as poverty and climate change than moral doctrine.

The cardinal was demoted from a senior Vatican position in 2014 and shunted to the post of chaplain to the Knights of Malta. On Jan 28, he was effectively sidelined from that post as well when the pope appointed a delegate to help run the order until a new grand master is elected.