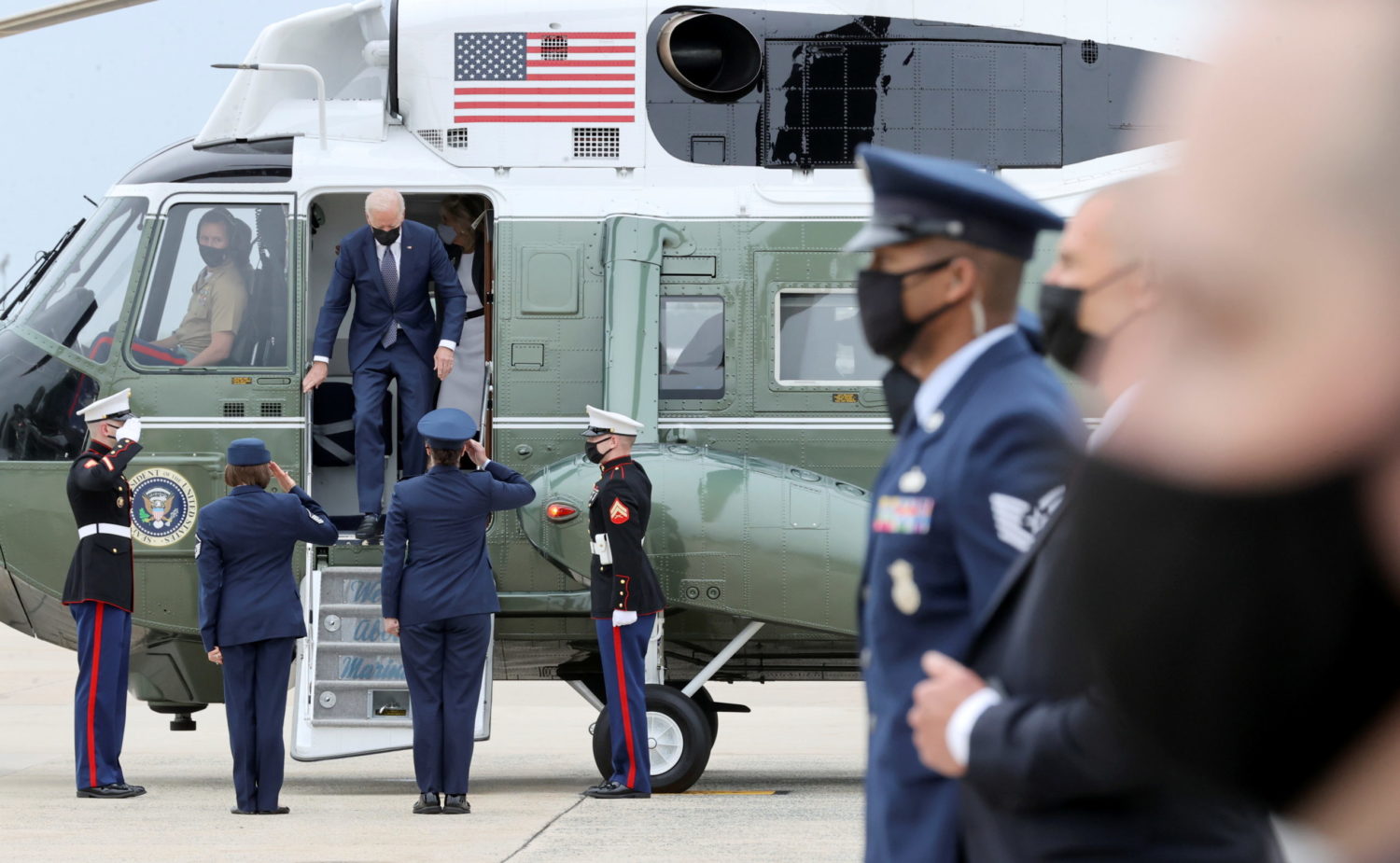 YORKTOWN, VA. (Reuters) -President Joe Biden traveled to coastal Virginia on Monday to promote how his proposals to spend $4 trillion for infrastructure and families will help the U.S. education system.

Biden, joined by his wife, Jill Biden, a community college professor, bantered with a class of 5th-grade students at an elementary school in Yorktown. The students had shields in front of their desks as a guard against the virus.

The president asked them what they wanted to do when they grow up and was given an array of examples, including a fashion designer, a chef and a hairstylist.

Later, he was to deliver remarks at Tidewater Community College in Norfolk, Virginia.

The travel is part of Biden’s “Getting America Back on Track” tour to promote his $2 trillion infrastructure plan and his $1.8 trillion “American Families Plan.”

Biden’s plan includes $1 trillion in spending on education and childcare over 10 years and $800 billion in tax credits aimed at middle- and low-income families.

Biden has vowed to work with both Democratic and Republican lawmakers in a search for a bipartisan agreement. However, whether he will be able to persuade the opposition party to join in a plan that will raise taxes on the wealthy is far from clear.

He is to meet with top Democratic and Republican lawmakers at the White House on May 12 to try to find common ground.

Congress is polarized and Democrats hold only narrow majorities in the U.S. House of Representatives and the Senate.

Biden had promised throughout the 2020 presidential campaign to work with Republicans, but his major legislative achievement, a $1.9 trillion pandemic relief plan, passed without a Republican vote.

Republicans in Congress already have their eyes on making gains in the midterm congressional elections in 2022, and are aligning a divided party around opposing Biden. 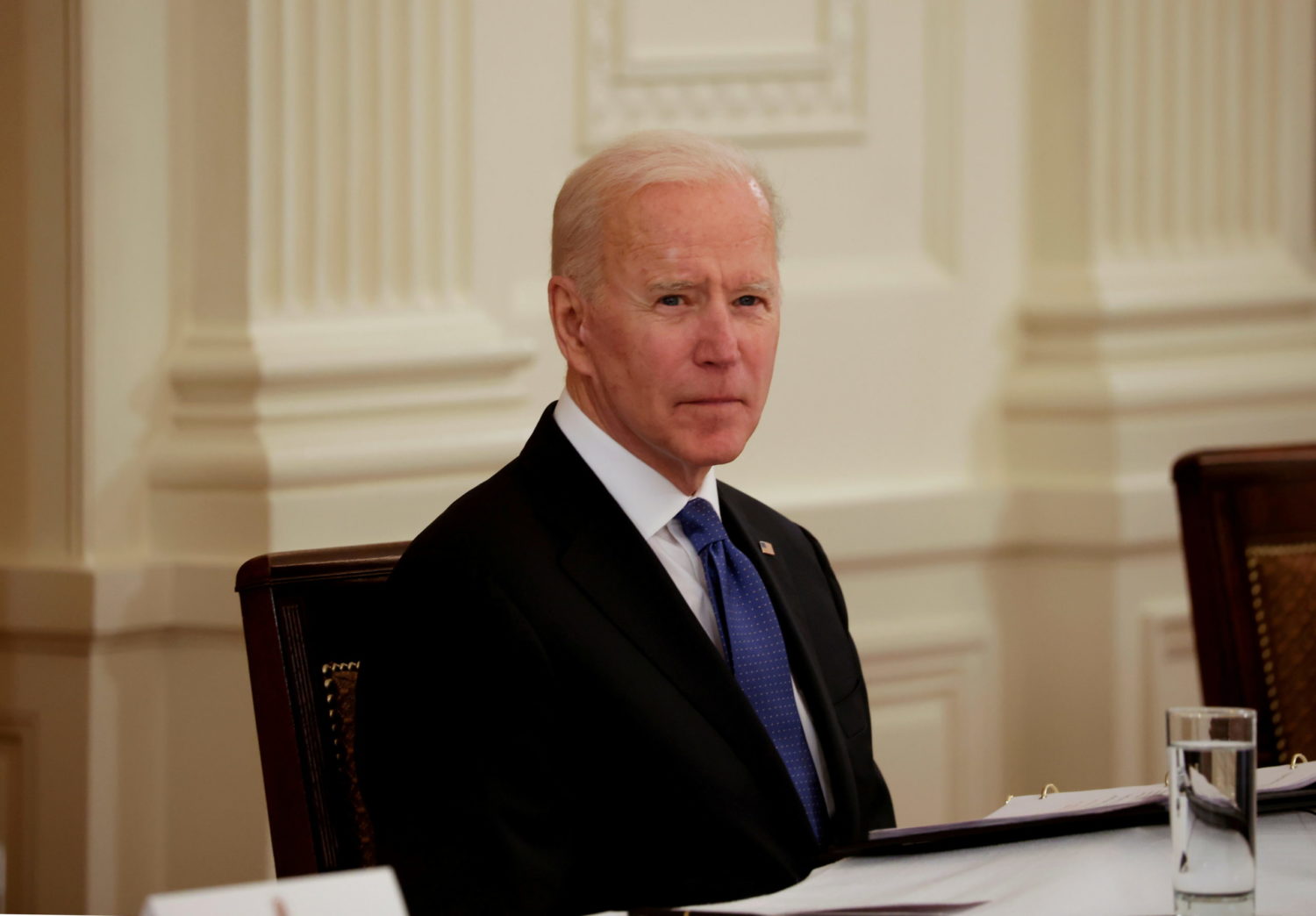 By Jarrett Renshaw and Trevor Hunnicutt

WASHINGTON (Reuters) – U.S. President Joe Biden next week will propose raising taxes on the wealthy to fund about $1 trillion in investments in child care, universal pre-kindergarten education and paid leave for workers, sources familiar with the plan said.

Biden’s proposal calls for increasing the marginal income tax rate to 39.6% from 37%, and nearly doubling taxes on capital gains to 39.6% for people earning more than $1 million, according to the sources.

White House Press Secretary Jen Psaki said the president would discuss his “American Families Plan” during an address to Congress next week, but declined to comment on any details. Sources said details would be released next week before the address.

She said the administration had not yet finalized funding plans and underscored the president’s determination to increase investment in child care, early childhood education and making U.S. workers more competitive.

Asked if the proposals would discourage investment in the United States, Psaki said Biden and his economic team did not believe the measures would have a negative impact.

But she noted that Congress, which is deeply divided, must approve the tax measures included in the plan, and other options could still be proposed.

The proposal, which has been in preparation for weeks, triggered sharp declines on Wall Street, with the benchmark S&P 500 index down 1% in early afternoon, its steepest drop in more than a month, after Bloomberg published a report.

Yields on Treasuries, which move in the opposite direction to their price, fell to the day’s low.

Biden’s new plan, likely to cost about $1 trillion, comes after a $2.3 trillion jobs and infrastructure proposal that has already run into stiff opposition from Republicans. They generally support funding infrastructure projects but oppose Biden’s inclusion of priorities like expanding elder care and asking corporate America to pay the tab.

Tax hikes on the wealthy could harden Republicans’ resistance against Biden’s latest “human” infrastructure plan, forcing Democrats to consider pushing it – or least some of the measures – through Congress using a party-line budget vote known as reconciliation.

U.S. Senator Joe Manchin, a Democrat from West Virginia who wields outsize power due to the party’s slim majority, has recently said he is wary of expanding the use of reconciliation.

Wealthy Americans could face an overall capital gains tax rate of 43.4% including the 3.8% net investment tax on individuals with income of $200,000 or more ($250,000 married filing jointly). The latter helps fund the Affordable Care Act.

Currently, those earning more than $200,000 pay an overall rate of about 23.8% including the Obamacare net investment tax instituted as part of the Affordable Care Act. Still, market observers said there was no small amount of doubt whether the capital gains tax proposal would make it through Congress. “If it had a chance of passing, we’d be down 2,000 points,” said Thomas Hayes, chairman and managing member at hedge fund Great Hill Capital LLC, referring to stock market indexes.