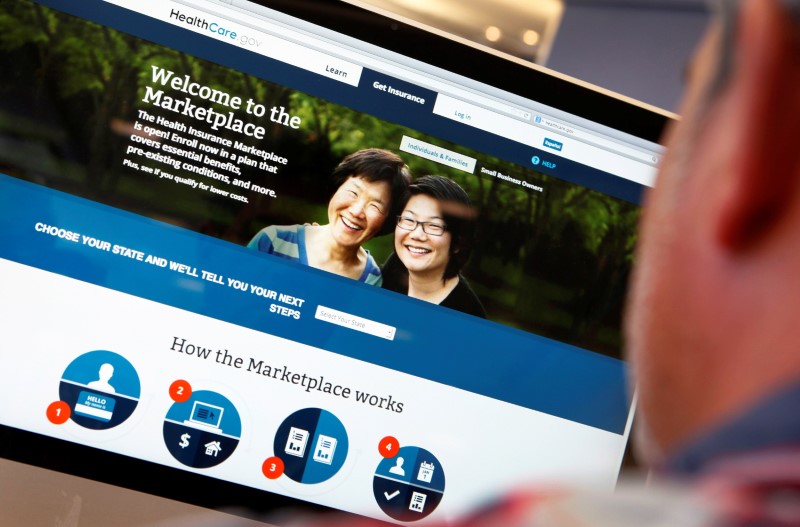 Republicans in Congress have repeatedly failed to repeal and replace former President Barack Obama’s healthcare law, which they have said drives up costs for consumers and interferes with personal medical decisions. Democrats have warned that repeal would leave millions of Americans without health coverage.

President Donald Trump promised to kill the law in his 2016 election campaign, and he has taken executive and administrative actions to undermine it.

“The market’s going to be extremely confusing. There’s going to be entire complexity of choice,” said David Anderson, a health policy researcher at Duke University.

The Center for American Progress, a liberal think tank, estimated this week that 2018 enrollment would have held steady from 2017, with 12.2 million people either signing up for or being automatically re-enrolled in individual health coverage under the Affordable Care Act had there not been administration efforts to undercut it.

The Trump administration has cut the 2018 enrollment period in half to six weeks from Nov. 1 to Dec. 15 for states using the federal Healthcare.gov website. Enrollment previously ran until Jan. 31, and many consumers often signed up in the last two weeks, according to state officials and organizations that help people choose insurance.

Senate Republicans and Democrats are working on legislation to stabilize Obamacare markets in the short term. The nonpartisan Congressional Budget Office estimates that four million fewer people will sign up for Obamacare private insurance than previously forecast due to Trump administration policies.

Still, CBO expects total enrollment to reach 11 million in 2018, up from the around 10 million who obtained and paid for coverage in 2017.

The administration has cut off billions of dollars in subsidies that insurers use to discount out-of-pocket medical costs for low-income Americans, slashed Obamacare advertising and cut funding to groups that help people enroll in health insurance. Several insurers have exited Obamacare markets due to concerns over subsidies and other Trump actions.

The Department of Health and Human Services said on Monday that premiums for the most popular Obamacare plans would rise 37 percent in 2018. Americans eligible for Obamacare tax credits to buy insurance may pay less for coverage, but costs would increase for middle-class consumers who do not get subsidies.

“It’s been such a flood of information. A lot of the population thinks the Affordable Care Act has already been put under,” said Daniel Polsky, a professor at the University of Pennsylvania and executive director of the Leonard Davis Institute of Health Economics. “The strange premium increases are going to be very confusing for consumers.”

The Trump administration is now planning changes for 2019. Last week, it proposed a rule giving states more flexibility over the benefits that must be covered by insurance. Under Obamacare, all insurers have to cover a set of 10 benefits, such as maternity and newborn care and prescription drugs.

(This version of the story corrects reference to CBO estimate on enrollment in paragraphs 7-8, clarifies estimate from think tank in paragraph 5) 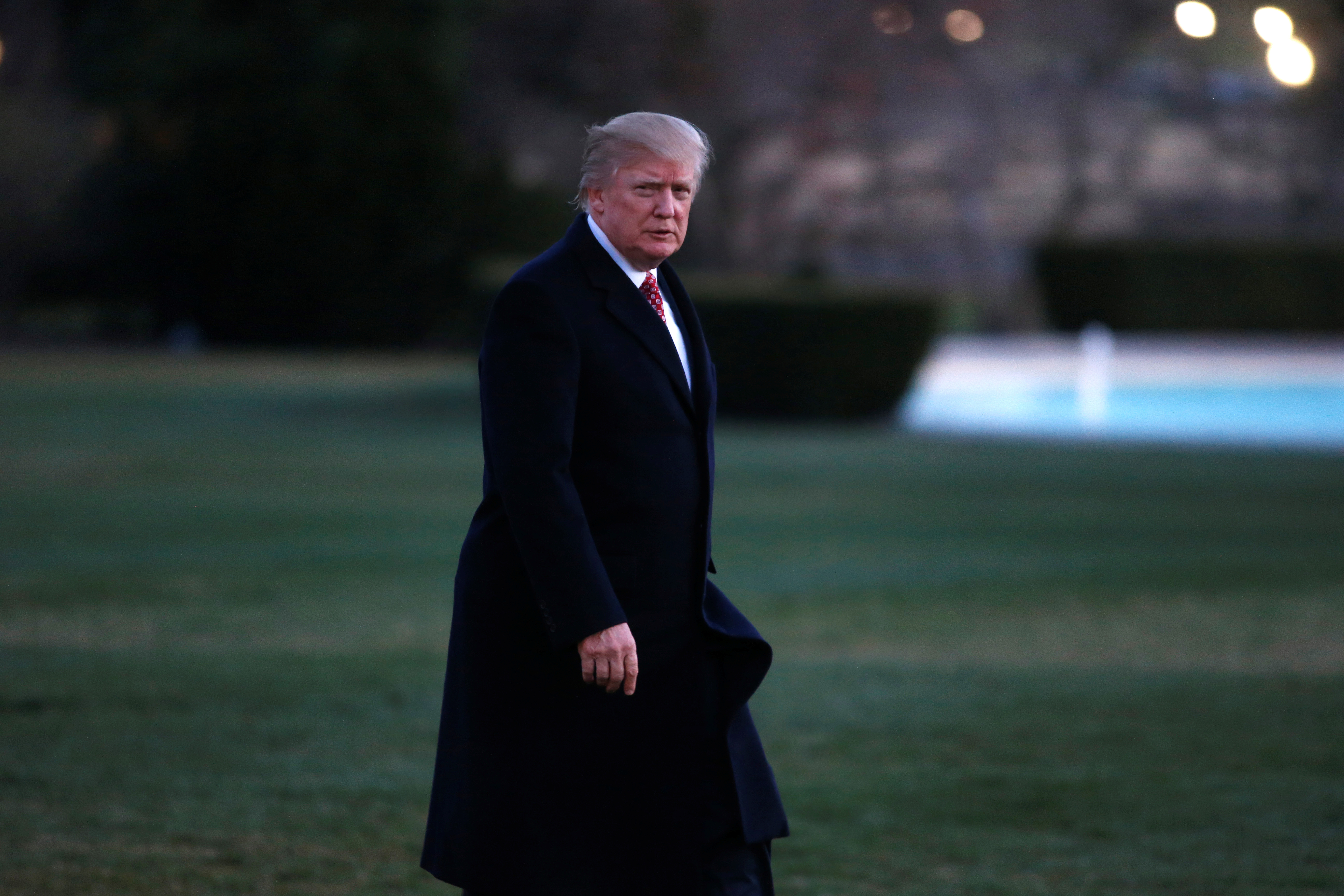 By Roberta Rampton and David Morgan

WASHINGTON (Reuters) – U.S. President Donald Trump on Thursday was set to make a final push on Thursday to secure the votes to begin dismantling Obamacare in the House of Representatives, with signs that enough Republicans might defect to jeopardize one of his top legislative priorities.

Trump has mounted an intensive campaign to garner support for the initiative and the effort is seen by financial markets as a crucial test of his ability to move his legislative agenda, including planned tax cuts, through Congress.

Republican leaders hoped to vote on Thursday but there were signs the deadline could be pushed back. Trump scheduled an 11:30 a.m. ET/1530 GMT meeting with members of the conservative House Freedom Caucus at the White House.

“We’re still open for negotiations,” Representative Ted Yoho, a member of the conservative group, told CNN. “There is still time.”

Democratic Representative Steny Hoyer said the majority Republicans clearly did not have enough votes to pass the bill, which has been championed by House Speaker Paul Ryan.

Trump and Ryan need strong support from their side of the aisle and can only afford to lose 21 Republican votes.

As part of his effort, Trump urged Americans in a tweet early on Thursday to press their representatives to vote for the bill, known formally as the American Health Care Act.

Uncertainty over the bill has rattled financial markets and a failure just two months into Trump’s presidency would be a setback for the White House, which as late as Wednesday had cautioned there was “no Plan B” for the healthcare measure.

Stocks on Tuesday posted their biggest one-day drop since the Nov. 8 presidential election on concerns about the healthcare drama.

Failure to pass the legislation would cast doubt on Trump’s ability to deliver other parts of his agenda that need the cooperation of the Republican-controlled Congress, including ambitious plans to overhaul the tax code and invest in infrastructure.

The House vote had been expected by about 7 p.m. (2300 GMT). But by midnight on Wednesday, lawmakers had not yet settled on the timing of the vote as conservative and moderate Republicans split on whether there should be additional changes to the proposal.

House Rules Committee Chairman Pete Sessions said the vote could happen as early as Thursday or as late as Monday.

Democratic representatives are united against the bill, which seeks to repeal and replace Democratic President Barack Obama’s 2010 Affordable Care Act.

Conservative Republicans have complained the replacement is too similar to Obamacare, and some moderate Republicans are concerned it will weaken health coverage for millions of voters.

An aide to the Freedom Caucus said at one point on Wednesday that more than 25 of its members opposed the plan. The chairman of the group, Representative Mark Meadows, said negotiations late on Wednesday were making headway.

Moderate Republicans huddled late into the evening in Ryan’s office. Afterward, Representative Charlie Dent issued a statement saying he could not back the bill.

Trump and fellow Republicans campaigned during 2016 elections on a promise to repeal and replace Obamacare, a program that aimed to boost the number of Americans with health insurance through mandates on individuals and employers, and income-based subsidies.

Their replacement plan would rescind the taxes created by Obamacare, repeal a penalty against people who do not buy coverage, slash funding for the Medicaid program for the poor and disabled, and modify tax subsidies that help individuals buy plans.

The nonpartisan Congressional Budget Office estimated 14 million people would lose medical coverage under the Republican plan by next year. It also said that 24 million fewer people would be insured by 2026.

Even if the legislation passes the House, it faces a second hurdle in the Senate, where a number of Republicans have spoken out against that version.