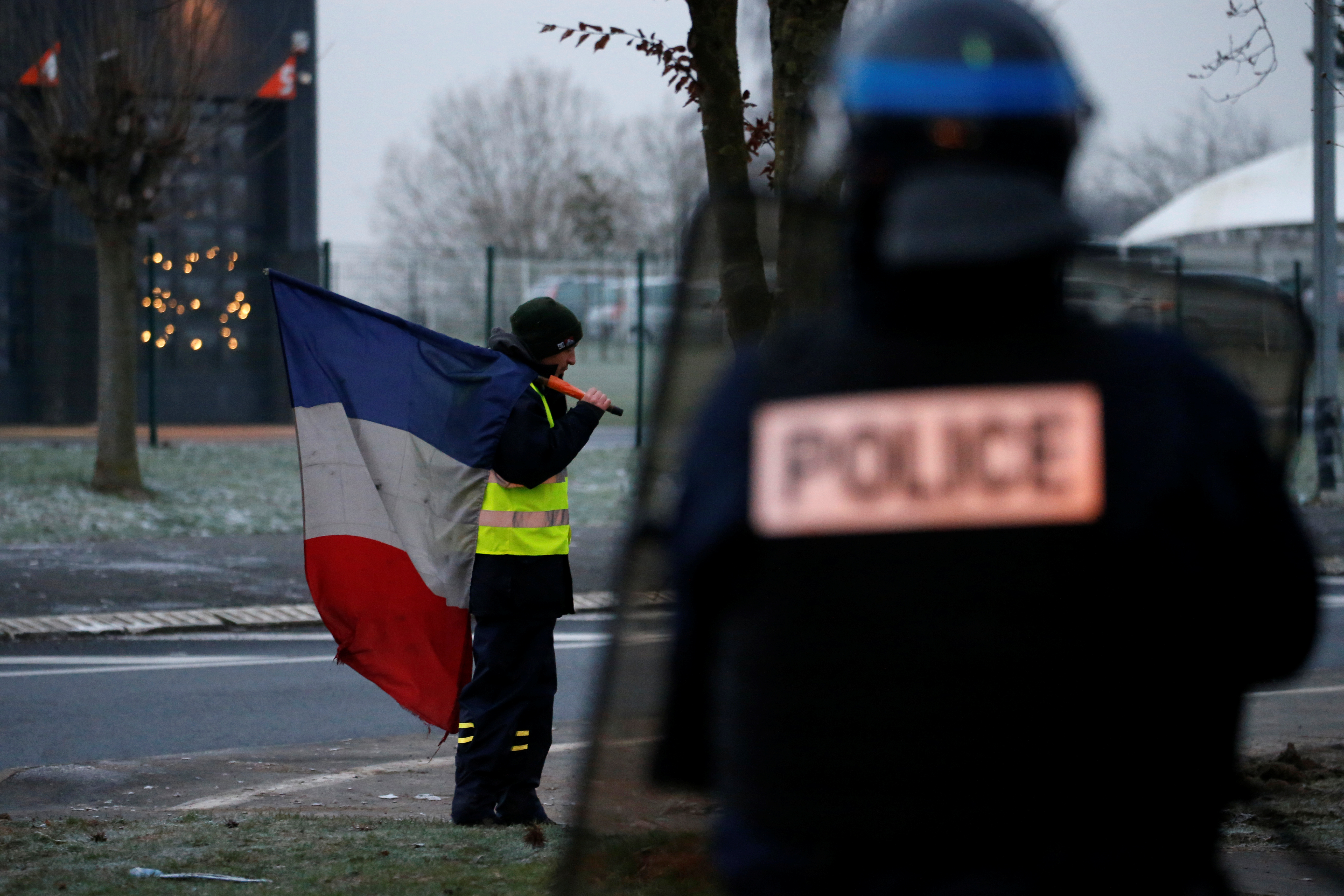 PARIS (Reuters) – France will deploy tens of thousands of police nationwide and around 8,000 in Paris on Saturday to handle a fifth weekend of ‘yellow vest’ protests, although the movement appears to be losing steam after concessions by President Emmanuel Macron.

The chief of police in Paris said concerns remained about violent groups infiltrating the protests. Anti-riot officers will protect landmarks such as the Arc de Triomphe and prevent people from getting close to the presidential palace.

He expected businesses in the capital to be less affected this weekend after heavy disruption over the past three weeks when major stores shut, hotels suffered cancellations and tourists stayed away during the usually busy run-up to Christmas.

Nicknamed “Acte V” of the protests, the yellow vest demonstrators will take to the streets this weekend as France recovers from an unrelated attack on a Christmas market in the eastern city of Strasbourg on Tuesday when a gunman shot and killed three people and wounded several others.

Hundreds of police officers were redeployed to Strasbourg to search for the gunman, who was shot dead in an exchange of fire on Thursday evening.

Interior Minister Christophe Castaner said it was time for the yellow vests to scale down their protests and accept they had achieved their aims. Police officers also deserved a break, he added.

“I’d rather have the police force doing their real job, chasing criminals and combating the terrorism threat, instead of securing roundabouts where a few thousand people keep a lot of police busy,” he said.

TOLL ON THE ECONOMY

Attractions such as the Louvre museum and Opera Garnier will be open this weekend, as will luxury department stores like Galeries Lafayette and Printemps. Last Saturday they were closed as thousands of sometimes violent protesters tore through the city. The previous weekend the Arc de Triomphe was vandalized, cars were overturned and torched and businesses smashed up.

The protests have taken a toll on the economy, with output in the last quarter of the year set to be half initial projections, while Macron’s concessions are likely to push the budget deficit above an EU agreed limit.

The yellow vest movement, which began as a protest against fuel taxes and then grew into an anti-Macron alliance, appears to have calmed since the president announced a series of measures to help the working poor.

However, many people wearing the high-visibility motorists’ safety jackets which are the symbol of the protests were manning barricades outside cities on Friday.

After heavy criticism for not being seen to respond to the protesters’ complaints, Macron made a TV address this week during which he said he understood their concerns and acknowledged the need for a different approach.

As well as canceling fuel tax increases that were due to kick in next month, Macron said he would increase the minimum wage by 100 euros a month from January and reduce taxes for poorer pensioners, among other measures.

Since the first yellow vest protests on Nov. 17, supporters have kept up a steady stream of dissent, although the numbers joining marches have steadily fallen.