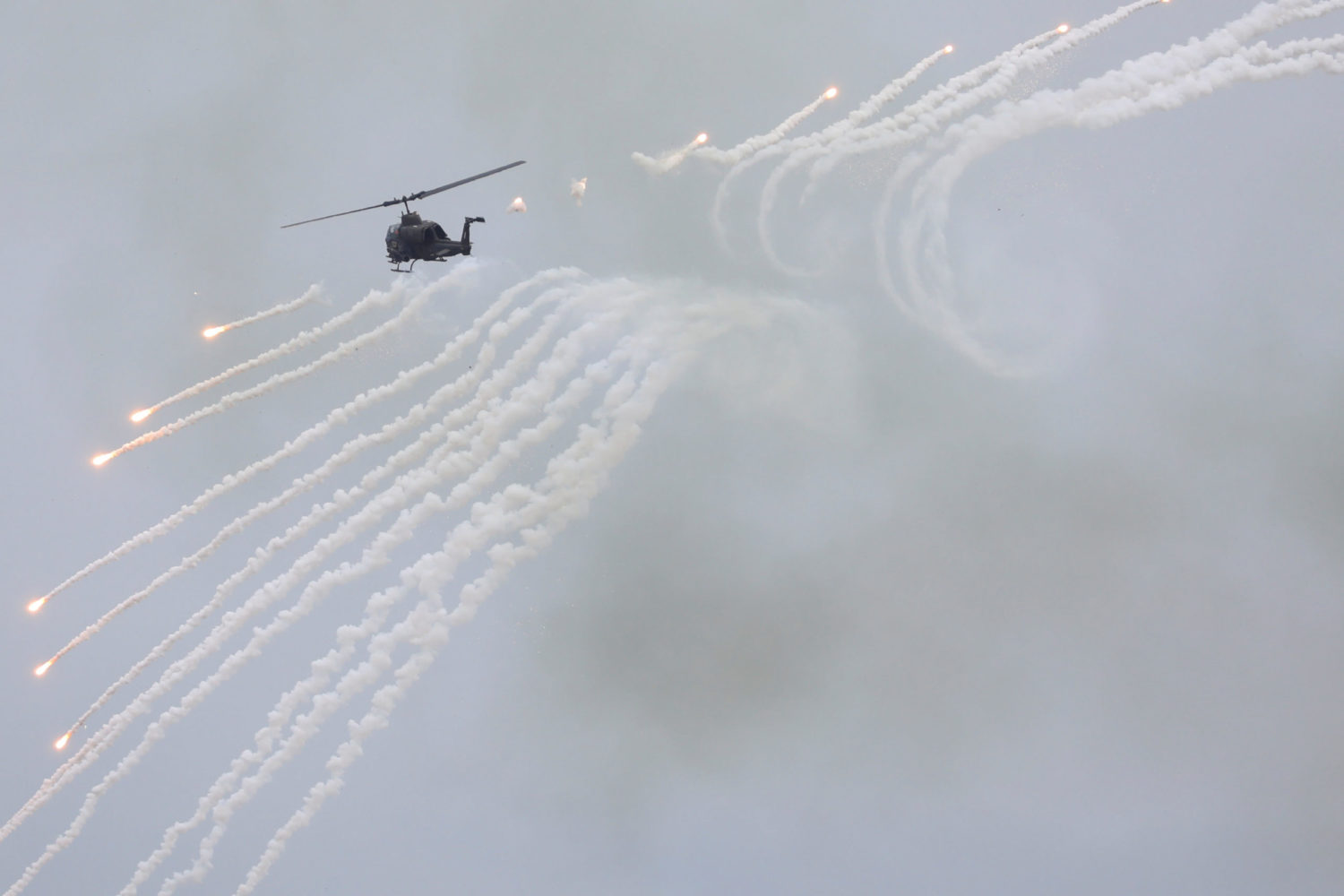 TAIPEI (Reuters) – Taiwan said on Monday its armed forces have the right to self-defense and counter attack amid “harassment and threats,” in an apparent warning to China, which last week sent numerous jets across the mid-line of the sensitive Taiwan Strait.

Tensions have sharply spiked in recent months between Taipei and Beijing, which claims democratically-run Taiwan as its own territory, to be taken by force if needed.

Chinese aircraft crossed the mid-line to enter the island’s air defense identification zone on Friday and Saturday, prompting Taiwan to scramble jets to intercept them, and President Tsai Ing-wen to call China a threat to the region.

In a statement, Taiwan’s defense ministry said it had “clearly defined” procedures for the island’s first response amid “high frequency of harassment and threats from the enemy’s warships and aircraft this year”.

It said Taiwan had the right to “self-defenses and to counter attack” and followed the guideline of “no escalation of conflict and no triggering incidents”.

Taiwan would not provoke, but it was also “not afraid of the enemy”, it added.

MID-LINE “DOES NOT EXIST”

Taiwanese and Chinese combat aircraft normally observe the mid-line of the Taiwan Strait and do not cross it, although there is no official agreement between Taipei and Beijing on doing so, and the rule is observed unofficially.

“Taiwan is an inseparable part of Chinese territory,” Foreign Ministry spokesman Wang Wenbin told reporters in Beijing. “The so-called mid-line of the Strait does not exist.”

Since 2016 Taiwan has reported only five Chinese incursions across the line, including the two last week.

Late on Monday, Taiwan’s Defense Ministry reported two Chinese anti-submarine aircraft had flown into Taiwan’s air defense identification zone – but not over the mid-line – to the island’s southwest, and were warned away by Taiwanese fighters.

The drills came as Beijing expressed anger at the visit of a senior U.S. official to Taipei.

On Monday, the official China Daily newspaper said the United States was trying to use Taiwan to contain China but nobody should underestimate its determination to assert its sovereignty over the island.

“The U.S. administration should not be blinkered in its desperation to contain the peaceful rise of China and indulge in the U.S. addiction to its hegemony,” it said in an editorial.

China has been angered by stepped-up U.S. support for Taiwan, including two visits in as many months by top officials, one in August by Health Secretary Alex Azar and the other last week by Keith Krach, undersecretary for economic affairs.

The United States, which has no official diplomatic ties with the island but is its strongest international backer, is also planning major new arms sales to Taiwan.

China this month held rare large-scale drills near Taiwan, which Taipei called serious provocation. China said the exercise was a necessity to protect its sovereignty.