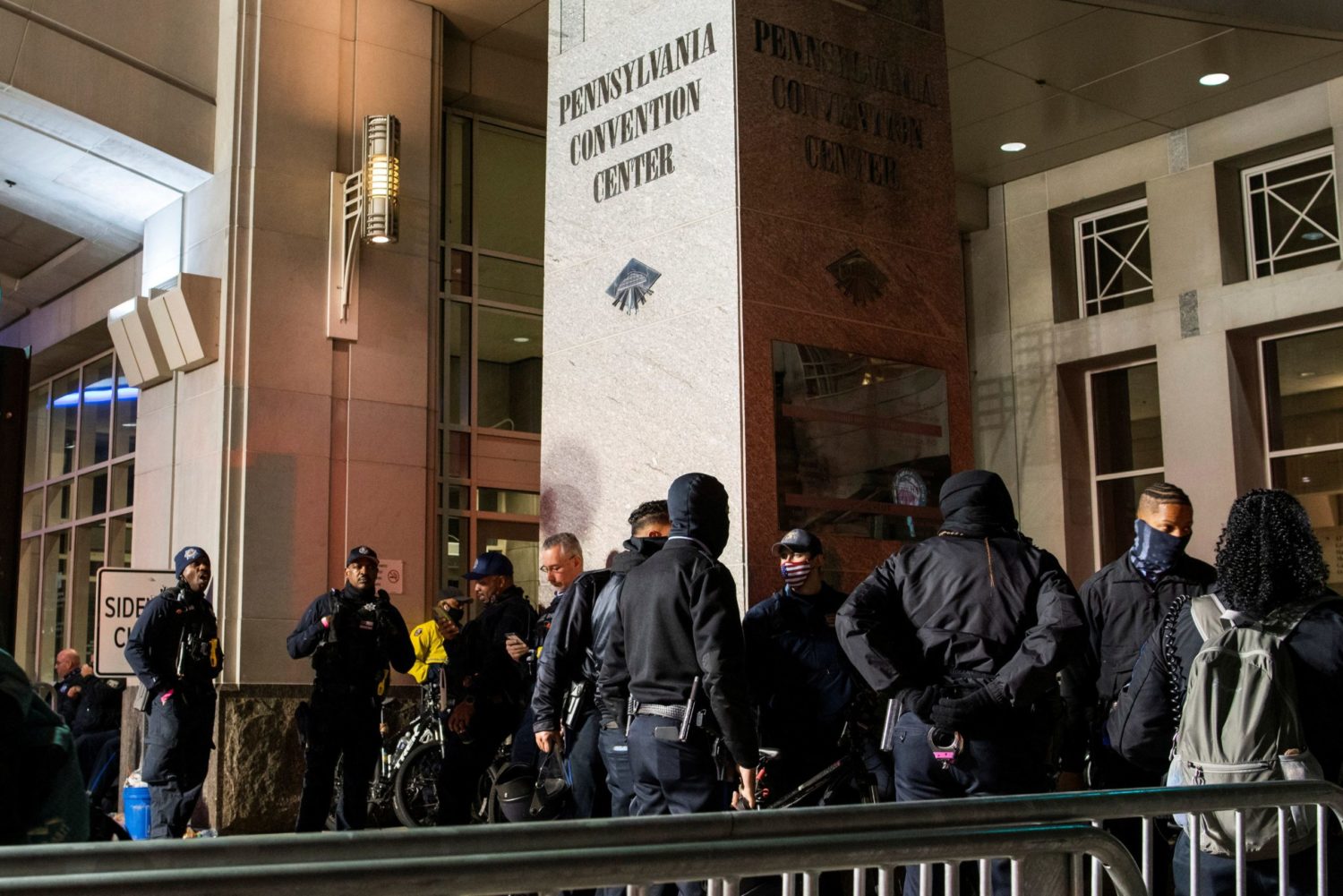 (Reuters) – Philadelphia police said on Friday they were investigating an alleged plot to attack the city’s Pennsylvania Convention Center, where votes from the hotly contested U.S. presidential election were being counted.

Local police received a tip about a Hummer truck with people armed with firearms driving toward the vote counting venue late on Thursday, a Philadelphia Police spokesman said in an emailed statement.

Police arrested two men and seized their firearms as well as the Hummer truck about which they had received the tip, the spokesman said, adding the probe was being conducted by the police and the FBI.

“The males acknowledged that the silver Hummer was their vehicle, and an additional firearm was recovered from the inside the Hummer,” the spokesman added.

No injuries were reported and no further details about the alleged plot were disclosed.

Video footage broadcast by Action News, an ABC affiliate, showed a number of police officials at the scene late in the night.

A state appellate court ruled on Thursday that more Republican observers could enter the building in Philadelphia where poll workers were counting ballots.

The U.S. Postal Service said about 1,700 ballots had been identified in Pennsylvania at processing facilities during two sweeps late on Thursday and were being delivered to election officials.

Trump has said repeatedly without evidence that mail-in votes are prone to fraud, although election experts say that is rare in U.S. elections.

(Reporting by Kanishka Singh in Bengaluru; Editing by Lincoln Feast and Jonathan Oatis)