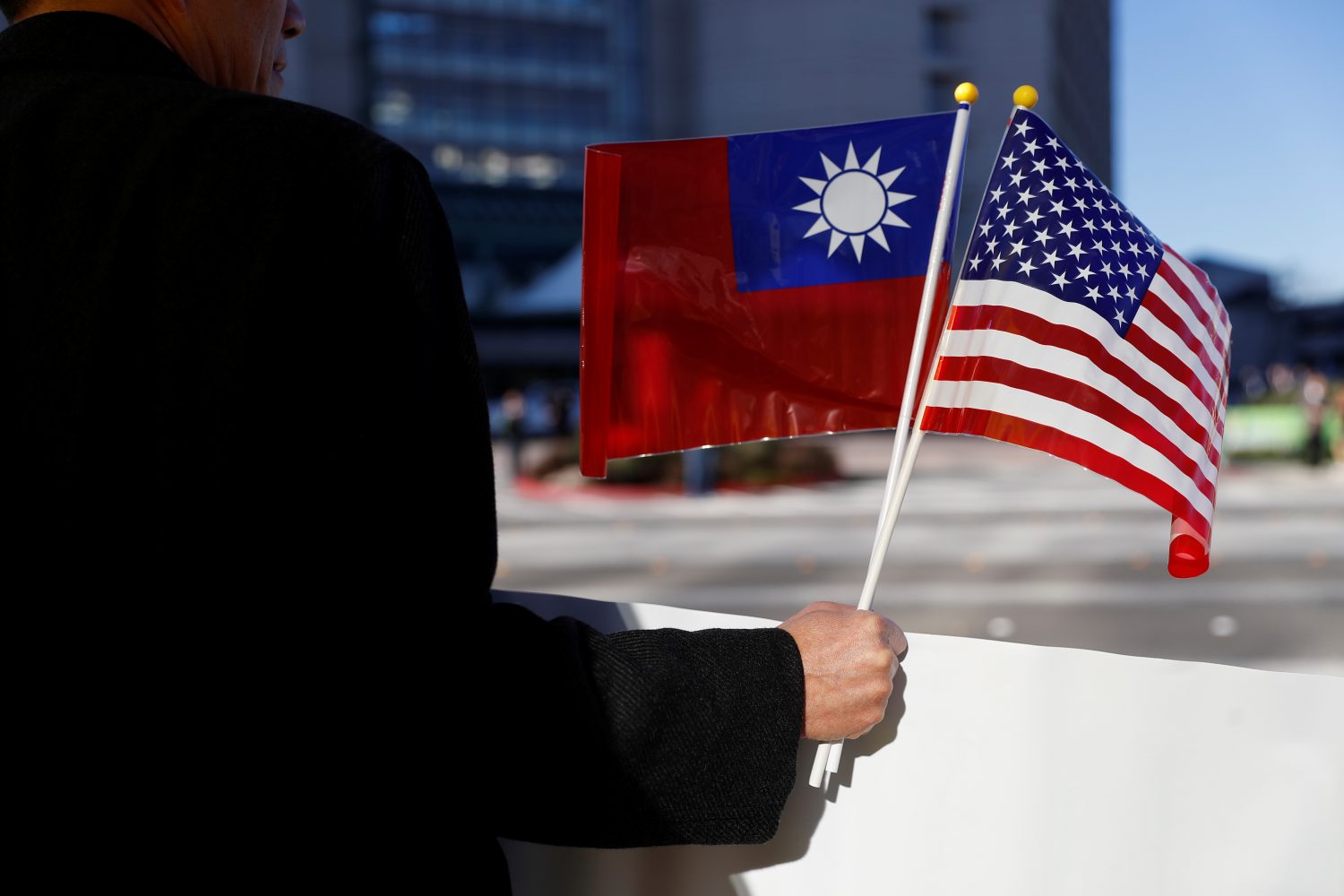 BEIJING (Reuters) – China warned on Wednesday that it was ready for war if there was any move toward Taiwan’s independence, accusing the United States of undermining global stability and denouncing its arms sales to the self-ruled island.

The Pentagon said this month the U.S. State Department had approved sales of weapons requested by Taiwan, including tanks and Stinger missiles estimated to be worth $2.2 billion.

China responded by saying it would impose sanctions on U.S. firms involved in any deals.

Defense ministry spokesman Wu Qian told a news briefing on a defense white paper, the first like it in several years to outline the military’s strategic concerns, that China would make its greatest effort for peaceful reunification with Taiwan.

“However, we must firmly point out that seeking Taiwan independence is a dead end,” Wu said.

“If there are people who dare to try to split Taiwan from the country, China’s military will be ready to go to war to firmly safeguard national sovereignty, unity, and territorial integrity,” he said.

The United States is the main arms supplier to Taiwan, which China deems a wayward province. Beijing has never renounced the use of force to bring the island under its control.

The United States has no formal ties with democratic Taiwan, but is bound by law to help provide it with the means to defend itself.

“We urge Beijing authorities to renounce irrational, malicious acts such as the use of force, and to improve cross-strait relations and handle issues including Hong Kong rationally so that it can be a responsible regional member,” it said.

In Beijing, asked how China’s military would handle escalating protest violence in Hong Kong’s widening crisis over a controversial extradition bill, Wu referred only to the territory’s garrison law, which he said “already has a clear stipulation”.

But legal scholars say it is a very high threshold, and some retired security officials say any involvement by PLA units in Hong Kong security would shatter the “one country, two systems” formula under which the former British colony returned to China in 1997.

Wu also said reports of a secret pact with Cambodia granting China’s armed forces exclusive access to part of the Southeast Asian nation’s Ream Naval Base on the Gulf of Thailand were “not in accordance with the facts”.

“China and Cambodia have in the past carried out positive exchanges and cooperation on military drills, personnel training and logistics,” he said. “This kind of cooperation does not target any third party.” 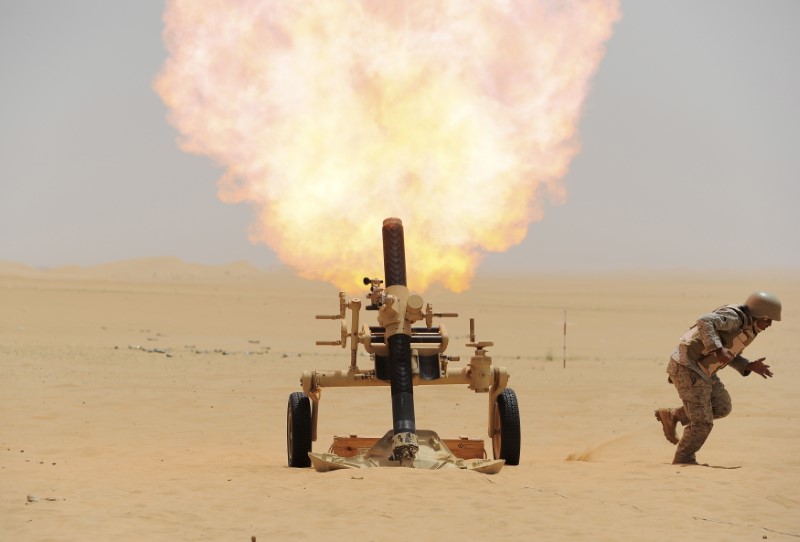 By Phil Stewart and Warren Strobel

WASHINGTON (Reuters) – The United States has decided to limit military support to Saudi Arabia’s campaign in Yemen because of concerns over widespread civilian casualties and will halt a planned arms sale to the kingdom, U.S. officials told Reuters.

The United States will also revamp future training of the kingdom’s air force to focus on improving Saudi targeting practices, a persistent source of concern for Washington.

The decision reflects deep frustration within President Barack Obama’s government over Saudi Arabia’s practices in Yemen’s 20-month-old war, which has killed more than 10,000 people and sparked humanitarian crises, including chronic food shortages, in the poorest country in the Middle East.

It could also further strain ties between Washington and Riyadh in the remaining days of Obama’s administration and put the question of Saudi-U.S. relations squarely before the incoming administration of President-elect Donald Trump, who takes office on Jan. 20.

A Saudi-led military coalition intervened in Yemen’s civil war in March 2015 and has launched thousands of air strikes against the Iran-allied Houthi movement.

Rights groups say attacks on clinics, schools, markets and factories may amount to war crimes. Saudi Arabia has either denied the attacks or cited the presence of fighters in the targeted areas and has said it has tried to reduce civilian casualties.

“That’s obviously a direct reflection of the concerns that we have about Saudi strikes that have resulted in civilian casualties,” the official said. A second official confirmed the decision to suspend the sale of certain weaponry.

The officials declined to offer details. But a specific case put on hold appeared to involve the sale of hundreds of millions of dollars worth of guidance systems manufactured by Raytheon Co that convert dumb bombs into precision-guided munitions that can more accurately hit their targets.

At the same time, the United States has decided to increase efforts to address long-standing Saudi concerns by focusing more on border security, the official said. The kingdom has been subject to cross-border attacks by the Iran-allied Houthis.

“They’ve made a very strong request for greater intelligence sharing and more support for their border,” the official said.

There was no immediate comment from Saudi embassy officials.

The White House launched a review of U.S. assistance for the Saudi-led coalition after planes struck mourners at a funeral in the capital, Sanaa, in October, killing 140 people, according to one U.N. estimate.

The United Nations human rights office said in August that the Saudi-led coalition was responsible for roughly 60 percent of the 3,800 civilians killed since March 2015.

Human rights groups have criticized the United States for supporting the Saudi war effort by selling the kingdom arms and refueling coalition jets. The United States says it has not vetted or selected Saudi targets in Yemen.

The Obama administration official said the United States would not halt refueling of the Saudi-led coalition planes.

“For now that’s not going to be touched. Again, the review could continue and people could make a different decision in the coming weeks,” the official said.

The decision to suspend the arms sale to the Saudis marks a reversal for the administration. Officials have long argued that supplying so-called “smart weapons” helped in reducing civilian casualties.

Last year, the Obama administration even had the U.S. military send precision-guided munitions from its own stocks to replenish dwindling Saudi-led coalition supplies, a source close to the Saudi government has said.

But that argument ultimately failed to convince the Obama administration during its review, which the first official said was still ongoing.

“It’s not a matter of how smart or dumb the bombs are, it’s that they’re not picking the right targets. The case in point … is the one on the funeral,” the official said.

The airstrikes on the funeral took place after the Saudi-led coalition received incorrect information from Yemeni military figures that armed Houthi leaders were in the area, an investigative body set up by the coalition said in October.

In an effort to reduce civilian casualties, the United States gave the Saudis detailed lists of sites to avoid bombing, Reuters has previously reported. But jets in the Saudi-led coalition have hit at least one target on that list.

Earlier this year, the U.S. military reduced the number of U.S. military personnel coordinating with the Saudi-led coalition’s air campaign, slashing it to six people from a peak of 45 personnel.

“Their responsibilities are being adjusted and limited so that they are less enmeshed in some of the offensive operations in Yemen,” the official said.

Reuters reported earlier this year on concerns by some U.S. officials that the United States could be implicated in possible Saudi violations of the laws of war.

In the view of some officials, U.S. refueling and logistical support of Riyadh’s air force – even more than the arms sales – risked making the United States a party to the Yemen conflict under international law.

In May, Washington suspended sales to Riyadh of cluster munitions, which release dozens of bomblets and are considered particularly dangerous to civilians.