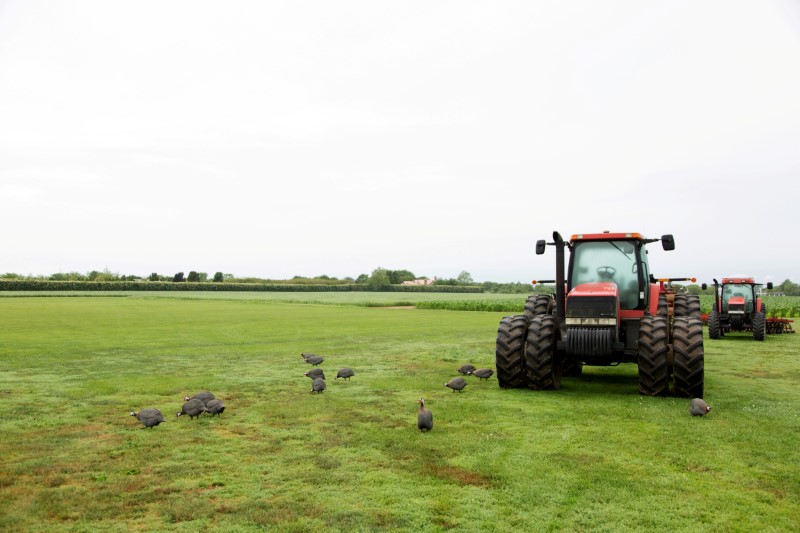 A USDA spokesperson said the agency will be ready to process payments on an estimated $4 billion in debt relief for 17,000 Black, Indigenous, Hispanic and Asian farmers once legal battles are resolved. It planned to start the payments in June.

“USDA will continue to forcefully defend its ability to carry out this act of Congress and deliver debt relief to socially disadvantaged borrowers,” a USDA spokesperson said on Tuesday.

The spokesperson said the government cannot appeal the restraining order, which pauses payments until the U.S. District Court for the Eastern District of Wisconsin rules more broadly on a lawsuit over whether or not the debt relief program discriminates against non-minority farmers.

For decades, USDA employees and programs have discriminated against socially disadvantaged farmers by denying loans and delaying payments, resulting in $120 billion in lost farmland value since 1920, according to a 2018 Tufts University analysis. The Biden administration’s loan forgiveness program is aimed at addressing those systemic inequities.

The lawsuit, filed by the Wisconsin Institute for Law and Liberty on behalf of 12 white farmers, aims to halt the debt relief by claiming it excludes farmers on the basis of race. It is one of several lawsuits filed after the USDA detailed plans to implement the minority farmer debt-relief provision, which is part of the American Rescue Plan Act that Congress passed in March.

“The obvious response to a government agency that claims it continues to discriminate against farmers because of their race or national origin is to direct it to stop,” Griesbach said in the decision.

Some Black farmers are not surprised the relief has stalled, having seen previous government anti-discrimination efforts underdeliver.

“Talk is cheap. I can’t buy grain with it. I want to know when you’re going to help some farmers,” said Lloyd Wright, a Virginia farmer who served as the director of the USDA’s Office of Civil Rights in the late 1990’s and early 2000’s.

Wright said Black farmers have been promised relief from federal discrimination in the past, only to be repeatedly disappointed. He suggests eligible farmers continue paying on loans, so they do not end up behind if the program is permanently blocked. 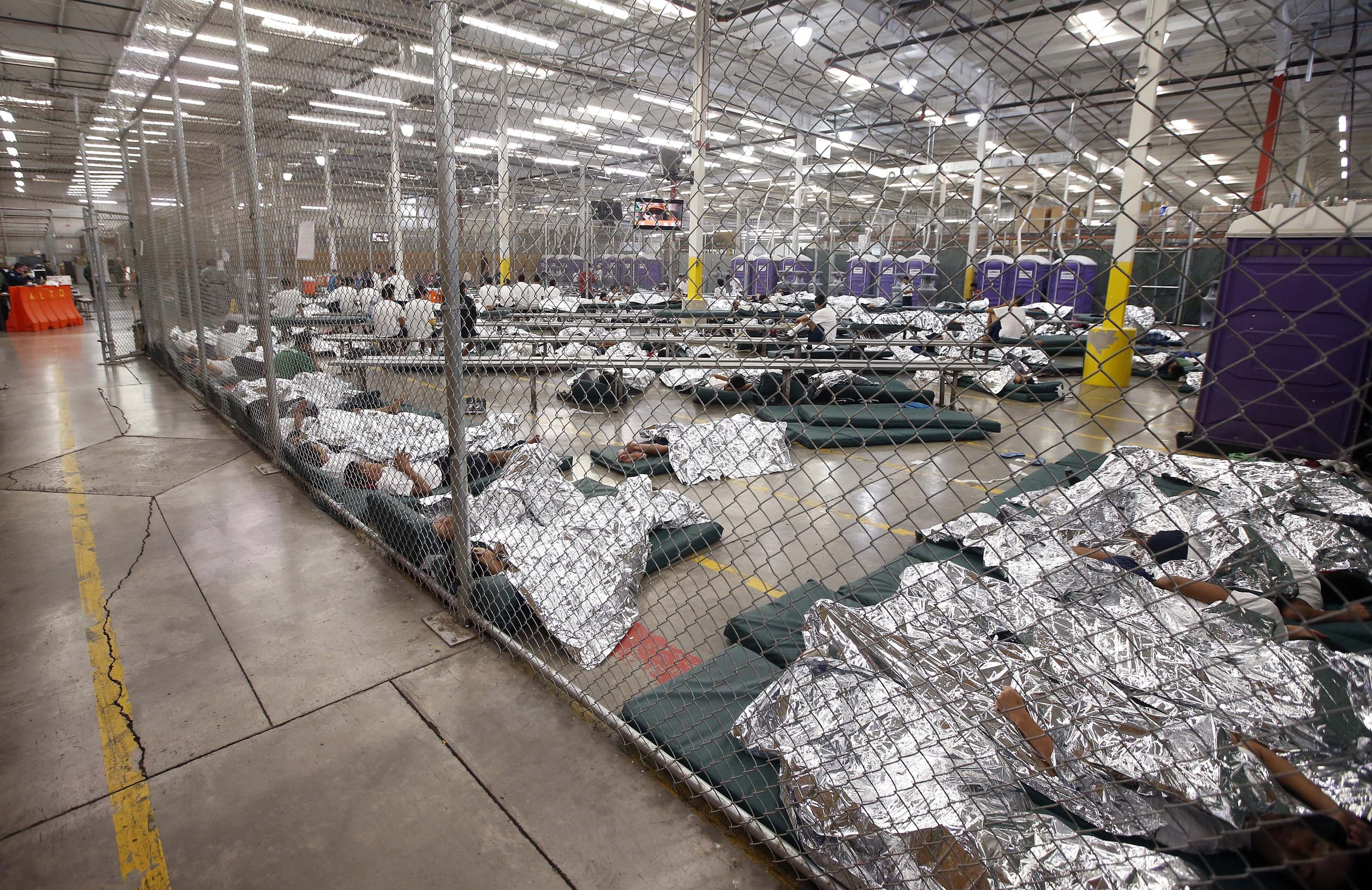 WASHINGTON (Reuters) – Washington is seeking closer coordination with several Latin American countries to tackle a jump in migrants from Asia, Africa and the Middle East who it believes are trying to reach the United States from the south on an arduous route by plane, boat and through jungle on foot.

U.S. agents deployed to an immigration facility on Mexico’s southern border have vetted the more than 640 migrants from countries outside the Americas who have been detained at the center since October 2015, according to U.S. Department of Homeland Security (DHS) documents reviewed by Reuters.

The migrants often fly to Brazil, obtain fake passports there, and are smuggled to Panama before heading through Central America to Mexico’s porous southern border, according to transcripts of 14 interviews conducted at the center and other internal briefing documents seen by Reuters.

The U.S. agents’ findings come as Mexican immigration data show 6,342 Asian, African and Middle Eastern migrants were apprehended trying to enter Mexico in the first six months of this year. That was up from 4,261 in all of 2015, and 1,831 in 2014.

U.S. concerns about potential security risks from migrants using the unusual and circuitous southern route have been growing in recent years, following a string of Islamic State-inspired attacks in the West and the surge in Syrian refugees fleeing that country’s civil war.

Five Syrian nationals detained in Honduras last November were part of a wider group of seven Syrians who acquired forged passports in Brazil and then went by land to Argentina on their way north, a U.S. government source familiar with that case said. There was no evidence to suggest the men were militants.

“The reality is that the vast majority of the people that Mexico encounters that are extra-continental will eventually end up on our border,” a U.S. Customs and Border Protection (CBP) official said.

At the detention camp in Tapachula, near Mexico’s border with Guatemala, U.S. Customs and Border Patrol agents have been training their Mexican counterparts on interview techniques, and using U.S. criminal databases to investigate detainees, according to internal documents seen by Reuters.

Two to three U.S. agents have been stationed there since at least October, according to the documents and U.S. officials. Mexican officials have previously acknowledged the presence of U.S. agents at Mexico’s southern border, but few details of the cooperation have been reported.

U.S. Customs and Border Patrol began a pilot program for a similar operation in Panama earlier this fiscal year, according to an internal memo sent in May that has not previously been reported. Homeland Security officials told Reuters that Panama requested U.S. training. A spokesman for Panama’s National Migration Service said Panama accepted an offer from the U.S. embassy for training on subjects like “defense techniques” and “management of persons.”

U.S. proponents of the program have pushed for a greater U.S. footprint to build a “comprehensive intelligence picture” of migration patterns across the Colombia-Panama border, according to the memo sent in May.

Panama is leading the effort in Central America to detain illegal migrants, DHS assistant secretary for international affairs Alan Bersin told a House committee in March, but it stymied by lack of detention space and the difficulty of deporting migrants to countries with whom they have no diplomatic ties. As a result, most are released after 30 days.

Bersin acknowledged the rise in migrants from outside the Americas and the potential security threat they pose.

“While many citizens of these countries migrate for economic reasons or because they are fleeing persecution in their home countries, this group may include migrants who are affiliated with foreign terrorist organizations, intelligence agencies, and organized criminal syndicates,” Bersin told the House Committee on Foreign Affairs.

Another DHS official said the agency is asking Brazil through diplomatic channels to put a stop to fake passport manufacturing. Brazilian officials did not respond to Reuters’ request for comment.

The U.S. Customs and Border Patrol, a unit of DHS, is “actively working to enhance regional collaboration with border and customs authorities from Mexico all the way down to Argentina,” a DHS official said.

ON FOOT IN THE JUNGLE

The apprehension documents from the Tapachula center show how migrants are willing and able to pay thousands of dollars to obtain flights and fake passports and then make grueling journeys on buses, boats and on foot.

It was not clear how many of those apprehended at the center were deported, claimed asylum or simply released.

Several of the 14 migrants — in testimony given from May 18-23 this year — said they paid more than $10,000 to smugglers, walked for days through jungles, and were temporarily detained by various countries before being stopped in Tapachula.

Six of the men — who included Pakistanis, Syrians and Afghans– had obtained fake passports, claiming to be from Israel, Morocco, Belgium or Britain.

In Panama, several of the men said they were kept in a migration detention camp for about a month. From Panama, the migrants described traveling in larger groups, sometimes as many as 50 men.

One Pakistani national — whose identity U.S. officials asked not to be revealed because he is still under investigation — told U.S. and Mexican officials that he paid a smuggler in Pakistan $9,000 to be smuggled to Brazil where he received a fake Belgian passport.

In Brazil, he paid $4,000 to a woman to be taken on bus, boat and on foot through across Colombia and into Panama.

He said he was detained in Panama but then released. From there, a smuggler from Lebanon took the man and 35 other migrants of different nationalities to Honduras, where he said he was robbed of all of his belongings.

His family wired him more money from Pakistan and the man was able to pay $40 to be smuggled into Guatemala. He paid $5 to be taken by raft into Mexico. There he got a taxi, which was halted by authorities who took him to the Tapachula center.

“But the Mexicans have quietly been open to the equipment and training they have received,” he said.

In testimony before the Mexican Senate on Aug. 3, Mexico’s chief immigration officer Ardelio Vargas Fosado said his agency was aware of the influx of migrants from outside the Americas. But the lack of diplomatic relationships between Mexico and many African countries has made it difficult to deport those apprehended, he said.

Under law, U.S. agents cannot arrest or deport migrants from other countries, but as foreign-based trainers, they can gather intelligence on who may be headed for the U.S. border.

Isacson said most of the migrants taking the Latin American path northward are seeking economic opportunity in the United States. But DHS is focused on security risks.

“The Tapachula area is along a permeable border. DHS views it as one of the areas where a terrorist group that wants to do harm on U.S. soil would be most likely to come in,” he said.