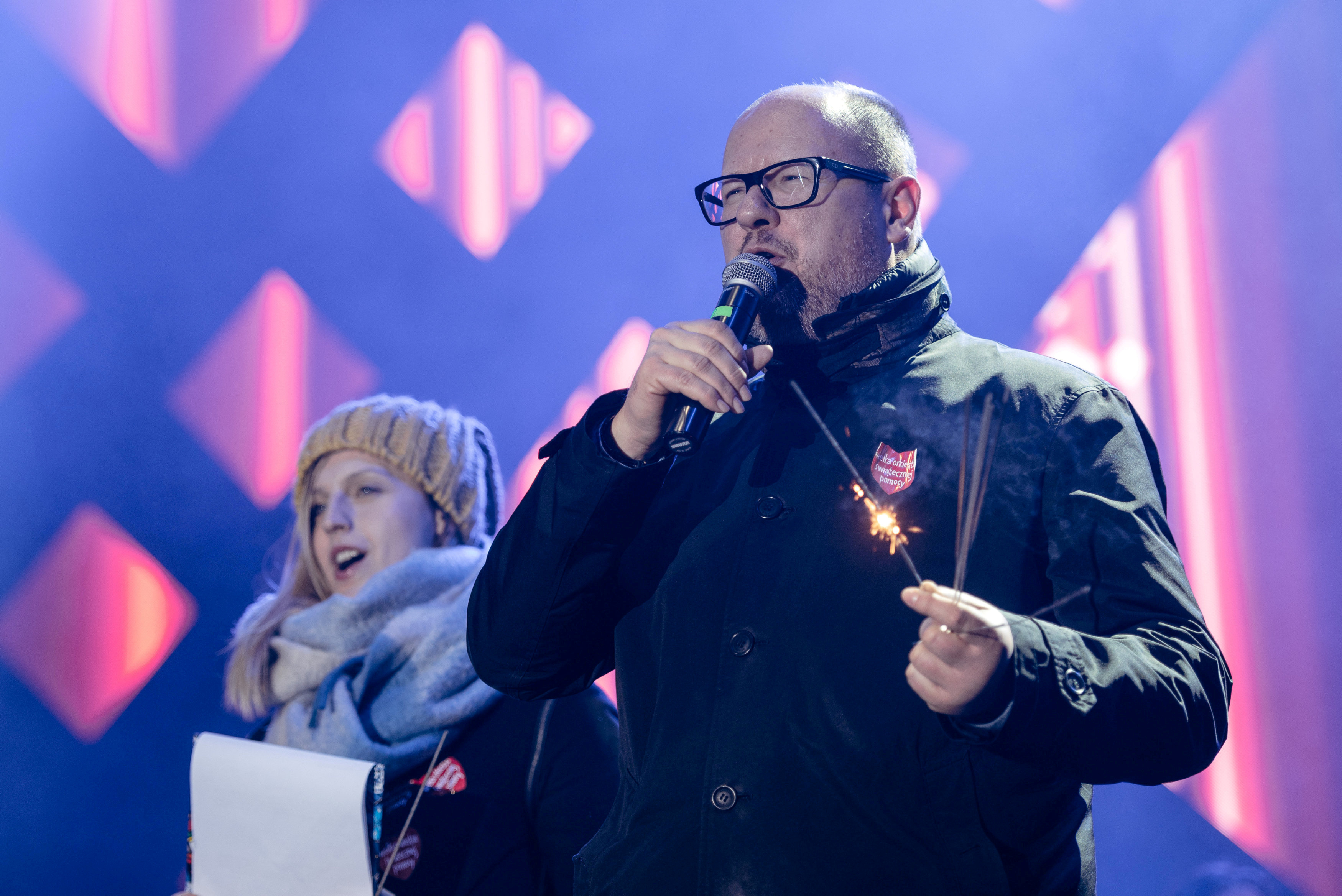 GDANSK, Poland (Reuters) – Carrying flags and candles in cold streets, thousands of Poles walked on Friday beside the coffin of Gdansk’s former mayor Pawel Adamowicz who was stabbed on stage at a charity event.

The murder of a liberal critic of the ruling party’s anti-immigrant policies highlighted the charged atmosphere in parts of eastern Europe where populist leaders have fanned nationalist sentiment.

A car drove Adamowicz’s corpse slowly through the Baltic coast city from the museum of the Solidarity movement that helped to bring down communism in Poland 30 years ago.

From there, it passed schools, monuments and other places significant in 53-year-old Adamowicz’s life, en route to the city’s main church, St Mary’s Basilica, for burial on Saturday.

The streets, in some places covered with thin snow, were blocked, as crowds paid tribute to one of Poland’s longest-serving mayors who ran the city since 1998 and beat the candidate of the ruling Law and Justice (PiS) party in October.

“We all feel great emptiness after the mayor has gone, mostly because he left in such a way, such a town, such a moment. I think that a certain stage of history, of humanity, is over,” said mourner Ewa Wasinska-Stelter, 46, a teacher.

Adamowicz was attacked on stage during one of Poland’s biggest annual charity events and died the following day.

Polish authorities have arrested a 27-year-old former convict, named only as Stefan W., over the killing. Speaking on stage, the attacker accused the mayor’s former party of putting him in prison, where he said he was tortured.

He was freed last month after serving 5-1/2 years for attempted bank robbery.

Authorities have also detained at least 10 people in recent days over calls on social media to murder and other acts of aggression in the wake of Adamowicz’s death.

Adamowicz was one of 11 Polish mayors targeted with fake death certificates by a far-right group called All-Polish Youth in 2017, after signing a declaration to welcome refugees in opposition to government policy.

Support for the conservative PiS fell to 30 percent in the wake of Adamowicz’s death, according to a poll conducted by Kantar Millward Brown for Gazeta Wyborcza daily, from 33 percent in November. The biggest opposition grouping Koalicja Obywatelska has 25 percent.

As well as encouraging migrants to seek refuge in Gdansk, Adamowicz was known for backing a campaign to defend rule of law against what activists consider efforts by the PiS to increase political control over the judiciary and other bodies.