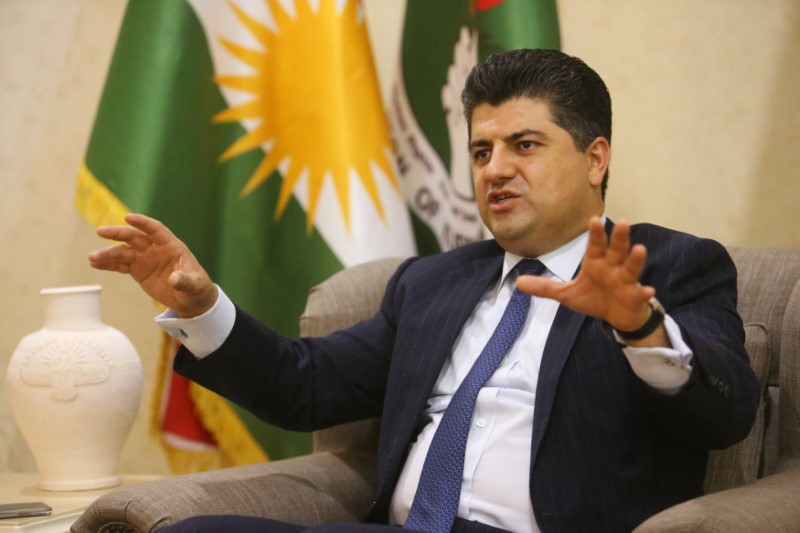 Sulaimania, IRAQ (Reuters) – A top Kurdish counter-terrorism official said on Monday he was 99 percent sure that Islamic State leader Abu Bakr al-Baghdadi was alive and located south of the Syrian city of Raqqa, after reports that he had been killed.

“Baghdadi is definitely alive. He is not dead. We have information that he is alive. We believe 99 percent he is alive,” Lahur Talabany told Reuters in an interview. 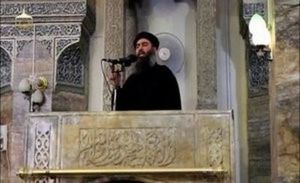 FILE PHOTO: A man purported to be the reclusive leader of the militant Islamic State Abu Bakr al-Baghdadi making what would have been his first public appearance, at a mosque in the centre of Iraq’s second city, Mosul, according to a video recording posted on the Internet on July 5, 2014, in this still image taken from video. REUTERS/Social Media Website via Reuters TV/File Photo

“Don’t forget his roots go back to al Qaeda days in Iraq. He was hiding from security services. He knows what he is doing.”

Iraqi security forces have ended three years of Islamic State rule in the Iraqi city of Mosul, and the group is under growing pressure in Raqqa – both strongholds in the militants’ crumbling self-proclaimed caliphate.

Still, Talabany said Islamic State was shifting tactics despite low morale and it would take three or four years to eliminate the group.

After defeat, Islamic State would wage an insurgency and resemble al-Qaeda on “steroids”, he said.

The future leaders of Islamic State were expected to be intelligence officers who served under former Iraqi dictator Saddam Hussein, the men credited with devising the group’s strategy.

MOSCOW (Reuters) – Russia’s Defense Ministry said on Friday it was checking information that a Russian air strike near the Syrian city of Raqqa may have killed Islamic State leader Abu Bakr al-Baghdadi in late May.

The air strike was launched after the Russian forces in Syria received intelligence that a meeting of Islamic State leaders was being planned, the ministry said in a statement posted on its Facebook page.

“On May 28, after drones were used to confirm the information on the place and time of the meeting of IS leaders, between 00:35 and 00:45, Russian air forces launched a strike on the command point where the leaders were located,” the statement said.

“According to the information which is now being checked via various channels, also present at the meeting was Islamic State leader Abu Bakr al-Baghdadi, who was eliminated as a result of the strike,” the ministry said.

The U.S.-led coalition fighting Islamic State said it could not confirm the Russian report that Baghdadi may have been killed.

The strike is believed to have killed several other senior leaders of the group, as well as around 30 field commanders and up to 300 of their personal guards, the Russian defense ministry statement said.

The IS leaders had gathered at the command center, in a southern suburb of Raqqa, to discuss possible routes for the militants’ retreat from the city, the statement said.

The United States was informed in advance about the place and time of the strike, the Russian military said.

Islamic State fighters are close to defeat in the twin capitals of the group’s territory, Mosul in Iraq and Raqqa in Syria.

The last public video footage of Baghdadi shows him dressed in black clerical robes declaring his caliphate from the pulpit of Mosul’s medieval Grand al-Nuri mosque back in 2014.

Born Ibrahim al-Samarrai, Baghdadi is a 46-year-old Iraqi who broke away from al Qaeda in 2013, two years after the capture and killing of the group’s leader Osama bin Laden.

Rami Abdulrahman, director of the Syrian Observatory for Human Rights, cast doubt on the report Baghdadi may have been killed. He said that according to his information, Baghdadi was located in another part of Syria at the end of May.

“The information is that as of the end of last month Baghdadi was in Deir al-Zor, in the area between Deir al-Zor and Iraq, in Syrian territory,” he said by phone.

(Additional reporting by Polina Devitt in MOSCOW and Tom Perry in BEIRUT; Writing by Dmitry Solovyov and Christian Lowe; Editing by) 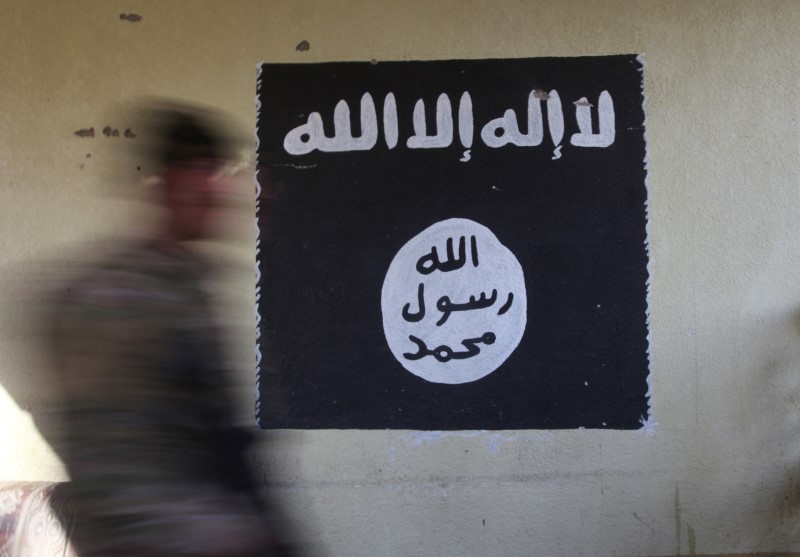 BAGHDAD (Reuters) – Islamic State is talking to al Qaeda about a possible alliance as Iraqi troops close in on IS fighters in Mosul, Iraqi Vice President Ayad Allawi said in an interview on Monday.

Allawi said he got the information on Monday from Iraqi and regional contacts knowledgeable about Iraq.

Islamic State split from al Qaeda in 2014 and the two groups have since waged an acrimonious battle for recruits, funding and the mantle of global jihad. Zawahiri has publicly criticized Islamic State for its brutal methods, which have included beheadings, drownings and immolation.

It is unclear how exactly the two group may work together, Allawi said.

Islamic State blazed across large swathes of northern Iraq in 2014, leaving the Iraqi central government reeling. Baghdadi declared a caliphate over the territory the group controlled from the al-Nuri mosque in Mosul the same year, which also became a point of contention with al Qaeda.

Last October, Iraqi security forces and Shi’ite volunteer fighters, commonly referred to as the Popular Mobilization Units teamed up with an international coalition, including the United States, to drive Islamic State from of Mosul and the areas surrounding the city.

The group has been pushed out of the half of Mosul that lies east of the Tigris River, but Iraqi soldiers and their allies are now bogged down in tough fighting in the narrow streets of the Old City of Mosul, west of the river, according to Iraqi security officials .

Islamic State has used suicide bombers, snipers and armed drones to defend the territory under their control. The group has also repeatedly targeted civilians or used them as human shields during the fighting, according to Iraqi and American security officials.

The militant group has lost ground in Mosul but still controls the towns of Qaim, Hawija and Tal Afar in Iraq as well as Raqqa, their de facto capital in Syria.

Even if Islamic State loses its territory in Iraq, Allawi said, it will not simply go away.

“I can’t see ISIS disappearing into thin air,” Allawi said, referring to the group by a commonly used acronym. “They will remain covertly in sleeping cells, spreading their venom all over the world.”