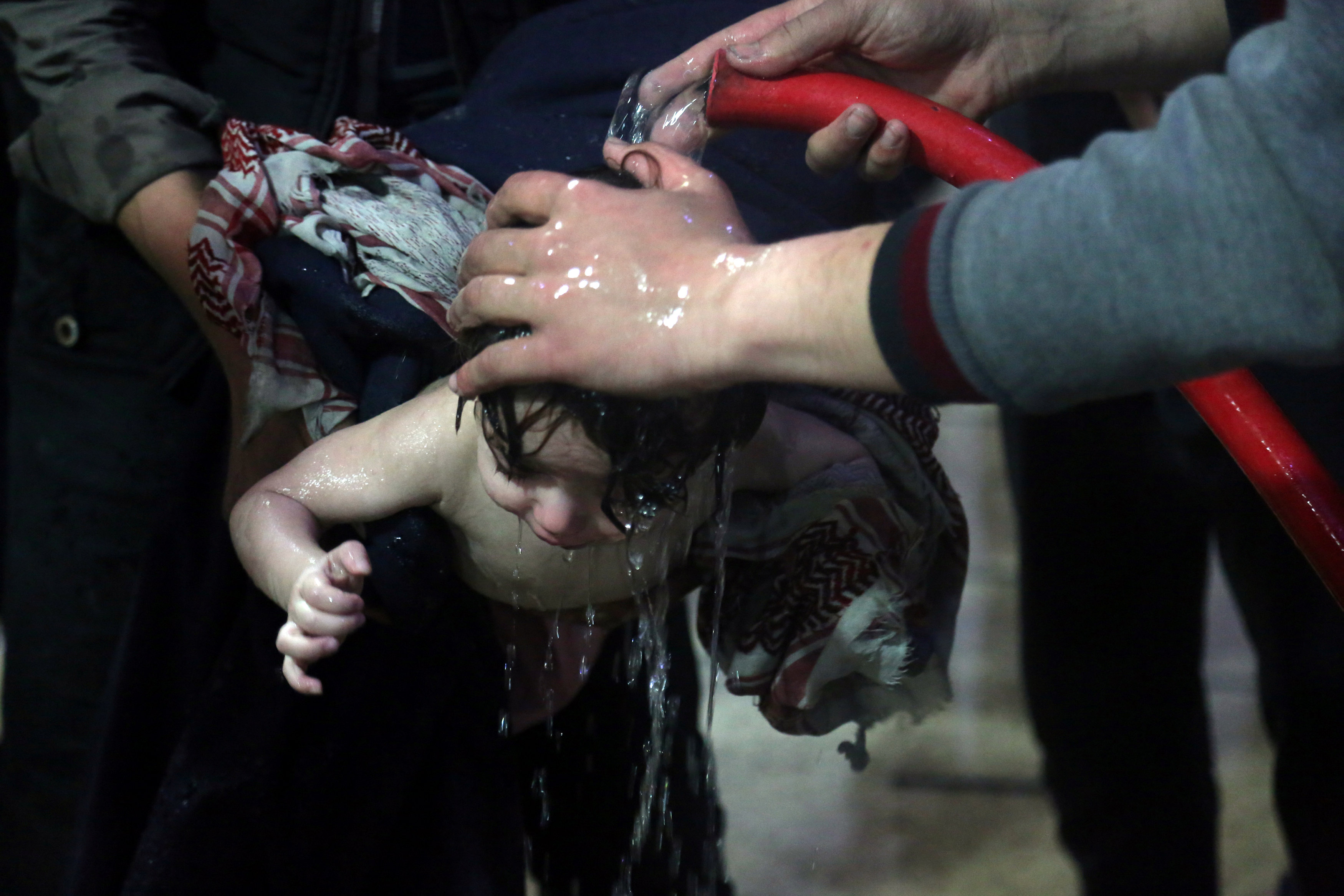 AMSTERDAM (Reuters) – Banned chlorine munitions were likely dropped on a Syrian neighborhood in February, an international body on chemical weapons said on Wednesday, after laboratory tests confirmed the presence of the toxic chemical.

In its latest report on the systematic use of banned munitions in Syria’s civil war, the Organization for the Prohibition of Chemical Weapons (OPCW) did not say which party was behind the attack on Saraqib, which lies in rebel-held territory in the province of Idlib.

But witnesses told OPCW investigators that the munitions were dropped in barrel bombs from a helicopter, a report released by the OPCW showed. Only Syrian government forces are known to have helicopters.

The report by the OPCW’s fact finding mission for Syria “determined that chlorine was released from cylinders by mechanical impact in the Al Talil neighborhood of Saraqib.”

About 11 people were treated after the attack on Feb. 4. for mild and moderate symptoms of toxic chemical exposure, including breathing difficulties, vomiting and unconsciousness, the report said.

Samples taken from the soil, canisters and impact sites tested positive for other chemicals, bearing the “markers of the Syrian regime,” said Hamish de Bretton-Gordon, a biological and chemical weapons expert working in Syria.

The samples tested positive for precursors needed to make the nerve agent sarin, he said.

The OPCW is also investigating a suspected chemical attack on April 7 in the Douma enclave near Damascus, which prompted missile strikes by the United States, France and Britain. Those findings are expected by the end of the month.

The conclusions on the Saraqib attack are based on the presence of two cylinders, which were determined as previously containing chlorine, witness testimony and environmental samples confirming “the unusual presence of chlorine”, it said.

A joint OPCW-U.N. mechanism for Syria has previously concluded the Syrian government has used both sarin nerve agent and chlorine, killing and injuring hundreds of civilians. Rebels were found to have used sulfur mustard once on a small scale.

Reuters reported in January that tests found “markers” in samples taken at three attack sites between 2013 and 2017 from chemicals from the Syrian government stockpile.

The lab tests linked Ghouta and two other nerve agent attack sites, in the towns of Khan Sheikhoun in Idlib governorate on April 4, 2017 and Khan al-Assal, Aleppo, in March 2013, to the stockpile handed over to the agency for destruction in 2014.

The government of Syrian President Bashar al-Assad has denied using chemical weapons and instead has blamed rebels for staging attacks to falsely implicate his forces in the atrocities.

The mechanism was disbanded in November following a Russian veto at the U.N. Security Council, a move which ratcheted up tension between Moscow and Western powers over chemical weapons use in Syria.