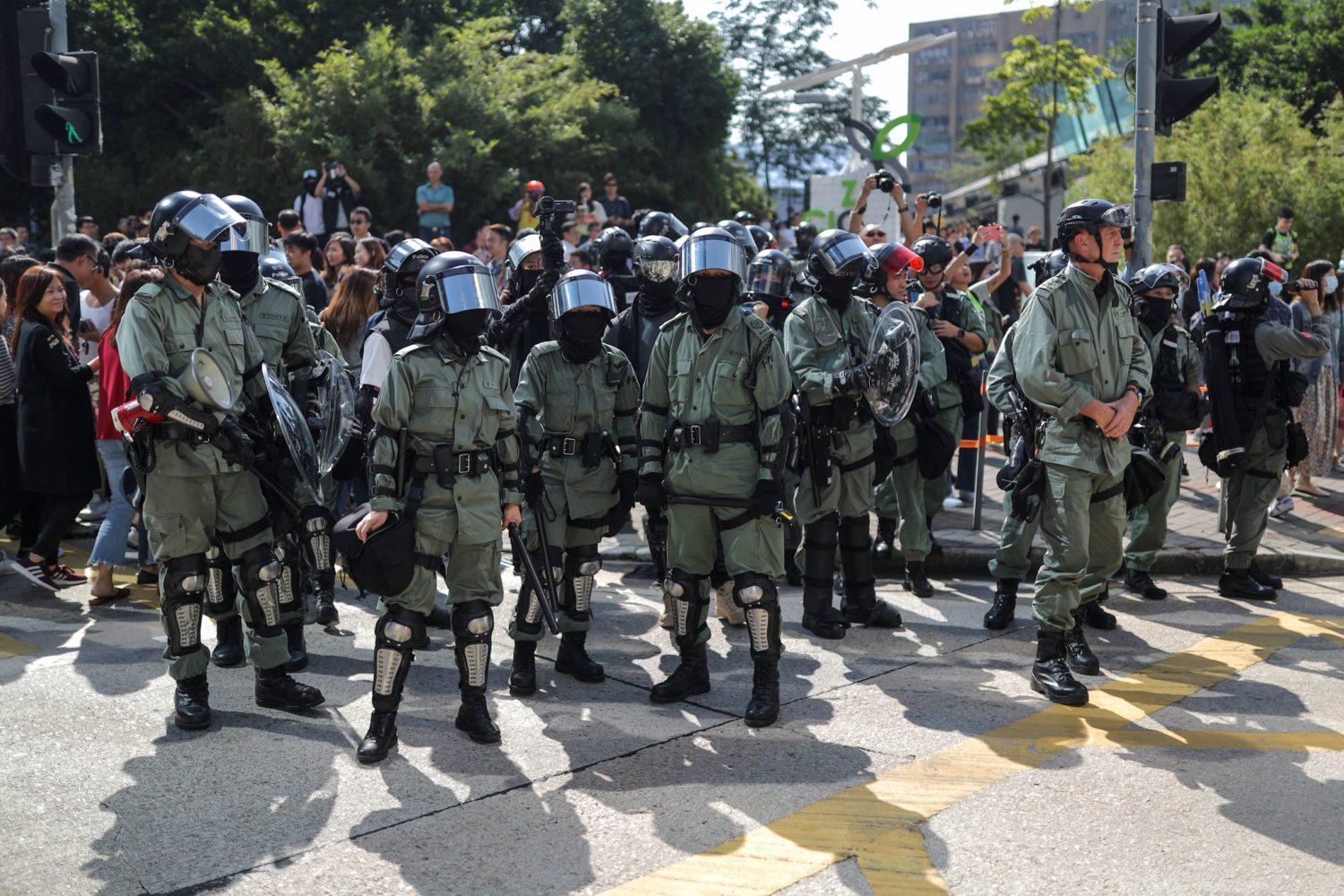 By Jessie Pang and Twinnie Siu

HONG KONG (Reuters) – Hong Kong police said they would enter Polytechnic University on Thursday, bringing their near two-week siege of the campus to an end, after final searches for any pro-democracy protesters still hiding turned up empty.

For a second day on Wednesday security teams from the university scoured the maze of buildings at the campus, a focal point in recent weeks of the citywide protests that first erupted in June, but no one was found.

“As the school has completed the search, the police security team will enter Polytechnic University tomorrow, as we need to process dangerous items and collect evidence,” District Commander Ho Yun-sing told reporters.

Any remaining protesters would be given medical treatment, he said.

The red-brick university on Kowloon peninsula was turned into a battleground in mid-November, when protesters barricaded themselves inside and clashed with riot police in a hail of petrol bombs, water cannon and tear gas. About 1,100 people were arrested last week, some while trying to escape.

Riot police sealed off the campus, setting up high plastic barricades and a fence on the perimeter.

The number of protesters has dwindled dramatically, with some managing to flee and others brought out. A lone woman found on Tuesday was “physically weak and emotionally unstable”, according to a statement from the university.

The university on Wednesday asked government departments for help removing “dangerous materials” from the site, which is littered with rotting waste and detritus of the siege, urging authorities to take a “humane” approach.

The city’s largest pro-establishment party, the Democratic Alliance for the Betterment and Progress of Hong Kong, urged authorities to send medics to the site to take any remaining protesters to hospital.

The Polytechnic University campus was the last of five that protesters had occupied to use as bases from which to disrupt the city, blocking the nearby Cross-Harbour Tunnel linking Kowloon to Hong Kong Island and other arteries.

Demonstrators are angry at what they see as Beijing’s meddling in the freedoms promised to the former British colony when it returned to Chinese rule in 1997.

China denies interfering and says it is committed to the “one country, two systems” formula put in place at that time.

The protesters had blocked the tunnel’s mouth, smashed toll booths, lit fires and cemented bricks to the road, but it was reopened early on Wednesday, and Hong Kong television showed a steady flow of vehicles passing through.

Hong Kong authorities hope that a lull in clashes over the weekend during local elections, where pro-democracy candidates scored a landslide victory, can translate into more calm after nearly six months of turmoil.

Hundreds of people are facing potential jail time in connection with the unrest.

Secretary for Security John Lee said on Wednesday police had arrested more than 5,800 people since June, the numbers increasing exponentially in October and November, and had charged 923.

Smaller scale protests continued on Wednesday, as crowds in the central business district took to the streets around noon.

Reuters also reported that China’s leaders had set up a crisis command center in the Chinese tech hub of Shenzhen, just across the border from Hong Kong, to deal with protests that have become the biggest populist challenge since China’s leader Xi Jinping came to power in 2012.

The Ministry of Foreign Affairs’ Office in Hong Kong called the report “false”, without elaborating, in a statement posted on its website Tuesday. “No matter how the situation in Hong Kong changes, the Chinese government’s determination to safeguard national sovereignty, security, and development interests is unwavering,” it said.

Despite the euphoria among protesters over the electoral victory, in which democracy advocates swept around 86 percent of the 452 district council seats, fresh demonstrations were planned for the weekend, including a march to protest against the use of tear gas on “children”.

A “Thanksgiving” protest, in appreciation of the U.S Congress passing legislation supporting protesters, is scheduled for Thursday, the date of the U.S. holiday.

The city-wide elections drew a record turnout and were seen as a vote of no-confidence in Hong Kong’s Beijing-backed leader, Carrie Lam, over her handling of the financial hub’s worst crisis in decades. 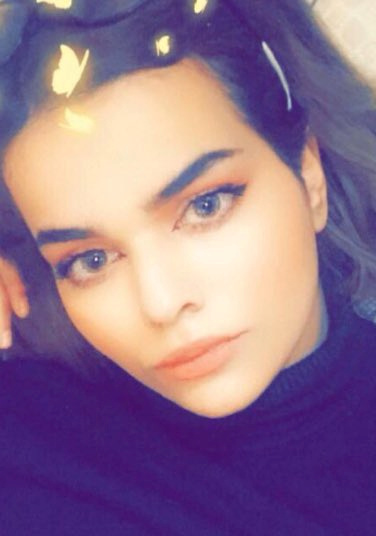 BANGKOK (Reuters) – An 18-year-old Saudi woman who fled her family and barricaded herself inside a Bangkok airport hotel to prevent being expelled by Thai authorities has left the airport after talks with the United Nations refugee agency, an official said on Monday.

Rahaf Mohammed al-Qunun has been at Bangkok’s international airport since Saturday when she arrived from Kuwait, saying she fears her family will kill her if she is forced to return home. Her relatives have not commented on her accusations of abuse and Reuters was not able to reach them. 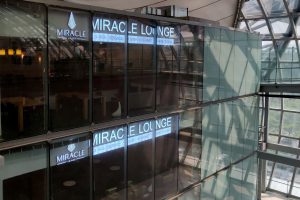 A hotel inside transit area at Suvarnabhumi Airport where Rahaf Mohammed al-Qunun, an 18-year-old Saudi woman who claims to be fleeing her family has barricaded herself inside a room in Bangkok, Thailand January 7, 2019. REUTERS/Athit Perawongmetha

The case has drawn new global attention to Saudi Arabia’s strict social rules, including a requirement that women have the permission of a male “guardian” to travel, which rights groups say can trap women and girls as prisoners of abusive families.

It comes at a time when Riyadh is facing unusually intense scrutiny from its Western allies over the killing of a journalist at its consulate in Istanbul in October and over the humanitarian consequences of its war in Yemen.

Thai immigration officials had planned to put Qunun on a flight back to Kuwait on Monday but relented after her online pleas drew international attention.

She told Reuters via text and audio messages she had fled Kuwait during a family visit there and had planned to travel to Australia to seek asylum. She said she was held after leaving her plane in Bangkok and told she would be sent back to Kuwait.

“They will kill me,” Qunun told Reuters. “My life is in danger. My family threatens to kill me for the most trivial things.”

A representative of the U.N. High Commissioner for Refugees (UNHCR) met Qunun at the airport and also discussed the case with Thai immigration officials. After the meeting, Thailand’s immigration chief said she would not be expelled.

“We will take her into Bangkok and provide her with safe shelter under the care of the UNHCR,” immigration chief Surachate Hakparn told reporters on Monday evening.

He said the UNHCR would work on processing Qunun’s request for refugee status. Giuseppe de Vincentis, the UNHCR representative in Thailand, said the Thai government had given assurances Qunun would not be expelled to any country where she might be in danger while her case was being processed.

Qunun posted a video on Twitter on Monday of her barricading her hotel door with a table and a mattress. She said her family was powerful in Saudi society but she did not identify them.

Asked why she was seeking refuge in Australia, she told Reuters: “Physical, emotional and verbal abuse and being imprisoned inside the house for months. They threaten to kill me and prevent me from continuing my education.

“They won’t let me drive or travel. I am oppressed. I love life and work and I am very ambitious but my family is preventing me from living.”

The Saudi foreign ministry said in a tweet that its embassy was in touch with the woman’s father and the Thai government, but its diplomats had not met or communicated with her.

New York-based Human Rights Watch said Thailand should not send Qunun back to her family because she says she faces danger.

Qunun said she had obtained an Australian visa and booked a flight. She said she had planned to spend a few days in Thailand so she would not spark suspicion when she left Kuwait.

Thai immigration chief Surachate, however, said that Qunun did not have a visa for Australia. The Australian Embassy said it had no immediate comment.

Contradicting earlier accounts from Thai officials, Surachate said Thai authorities had been contacted by the Saudis before deciding to deny Qunun entry to the country.

“The Saudi Arabia embassy contacted the immigration police … and said that the girl had run away from her parents and they fear for her safety,” he said.

“We acknowledged this and checked her paperwork. She had a passport but no return ticket, no travel plan, and no destination or hotel reservation in Thailand … so per airport security procedures, immigration denied her entry.”

(Additional reporting by Panarat Thepgumpanat and Panu Wongcha-um in BANGKOK and Ghaida Ghantous in DUBAI; Editing by Nick Macfie and Peter Graff)