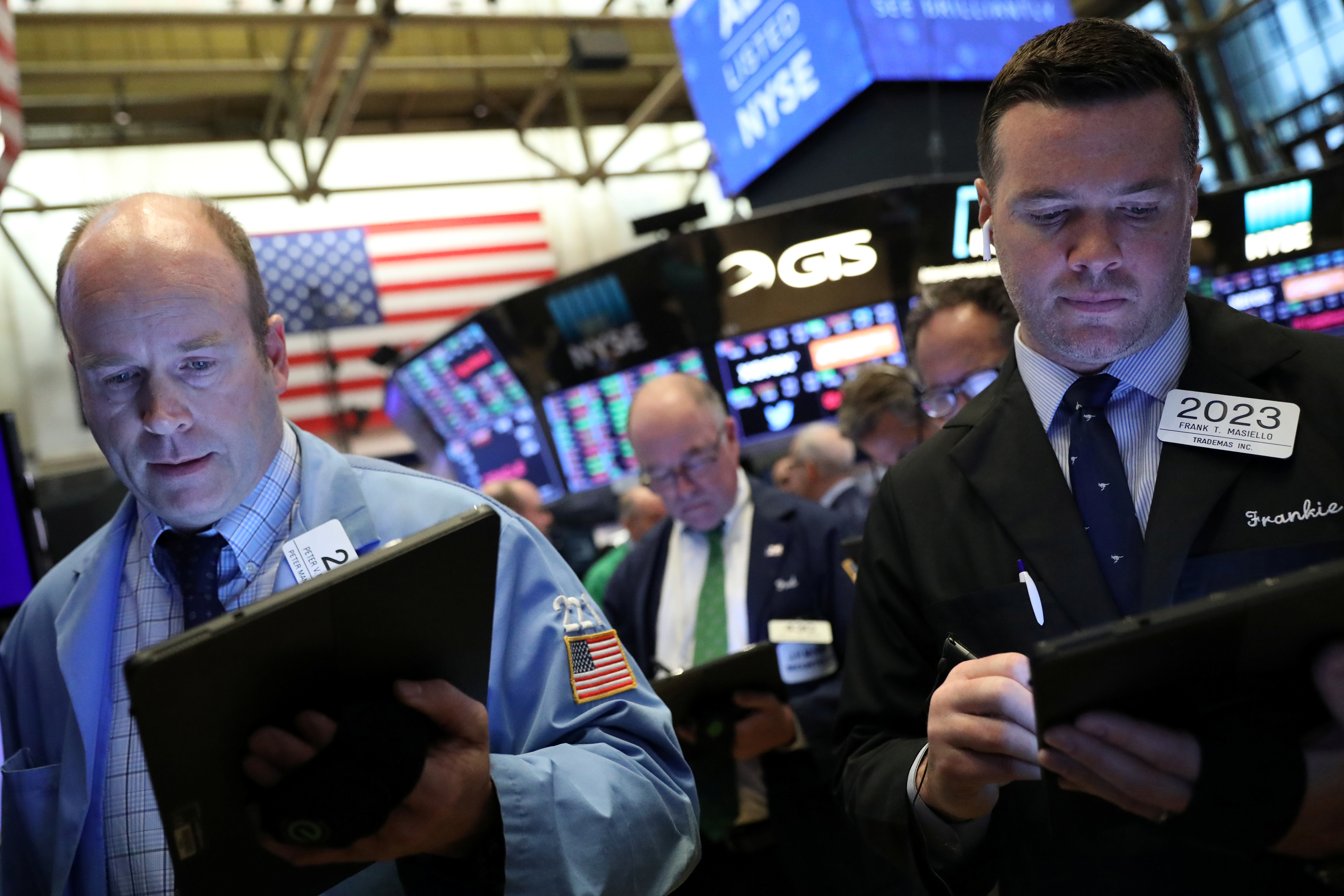 The S&P 500 is now within a percent of September’s record closing high, and the S&P 500 Total Return Index, which includes reinvested dividends, in fact regained record levels, recovering ground lost after a punishing sell-off in the closing months of the year which brought the benchmark index within a rounding error of bear market territory.

Since then, the three major indexes notched their best quarterly gains in nearly a decade in the first quarter, but have spent April in a holding pattern ahead of first-quarter earnings season.

JPMorgan, effectively jump-starting the quarterly earnings reporting season that will dominate investor sentiment in coming weeks, blew past analyst estimates, easing fears that slowing economic growth could weigh on its results. Its stock rose 4.7% and led a broad rally in bank stocks.

“JPMorgan earnings are important because their operation touches on a wide portion of the economy,” said David Carter, chief investment officer at Lenox Wealth Advisors in New York. “It’s a bellwether for other corporate earnings.”

Analyst now expect S&P 500 companies to show a 2.3% year-on-year decline in earnings, slightly improved from their last reading, per Refinitiv data. But first-quarter profit is still seen logging its first annual contraction since 2016.

However, of the 29 companies in the S&amp;P 500 that have reported thus far, 79.3% have come in above analyst expectations.

Walt Disney Co jumped 11.5% to an all-time high, providing the biggest boost to the Dow and the S&P 500 after pricing its upcoming streaming service.

The Nasdaq and the Dow are both about 1.5% below their previous record highs.

For the week, both the S&P 500 and the Nasdaq showed their third straight gains, while the Dow posted a nominal weekly loss.

Of the 11 major sectors in the S&P 500, all but healthcare ended the session in positive territory.

Financials were the largest percentage gainer, rising 1.9% on the back of JPMorgan Chase earnings.

In the largest energy deal since 2016, Chevron Corp said it would buy Anadarko Petroleum Corp for $33 billion in cash and stock.

Chevron’s stock dipped by 4.9% following the announcement, while Anadarko shot up 32.0%.

Advancing issues outnumbered declining ones on the NYSE by a 1.86-to-1 ratio; on Nasdaq, a 1.31-to-1 ratio favored advancers.

Volume on U.S. exchanges was 6.75 billion shares, compared to the 6.97 billion average over the last 20 trading days.