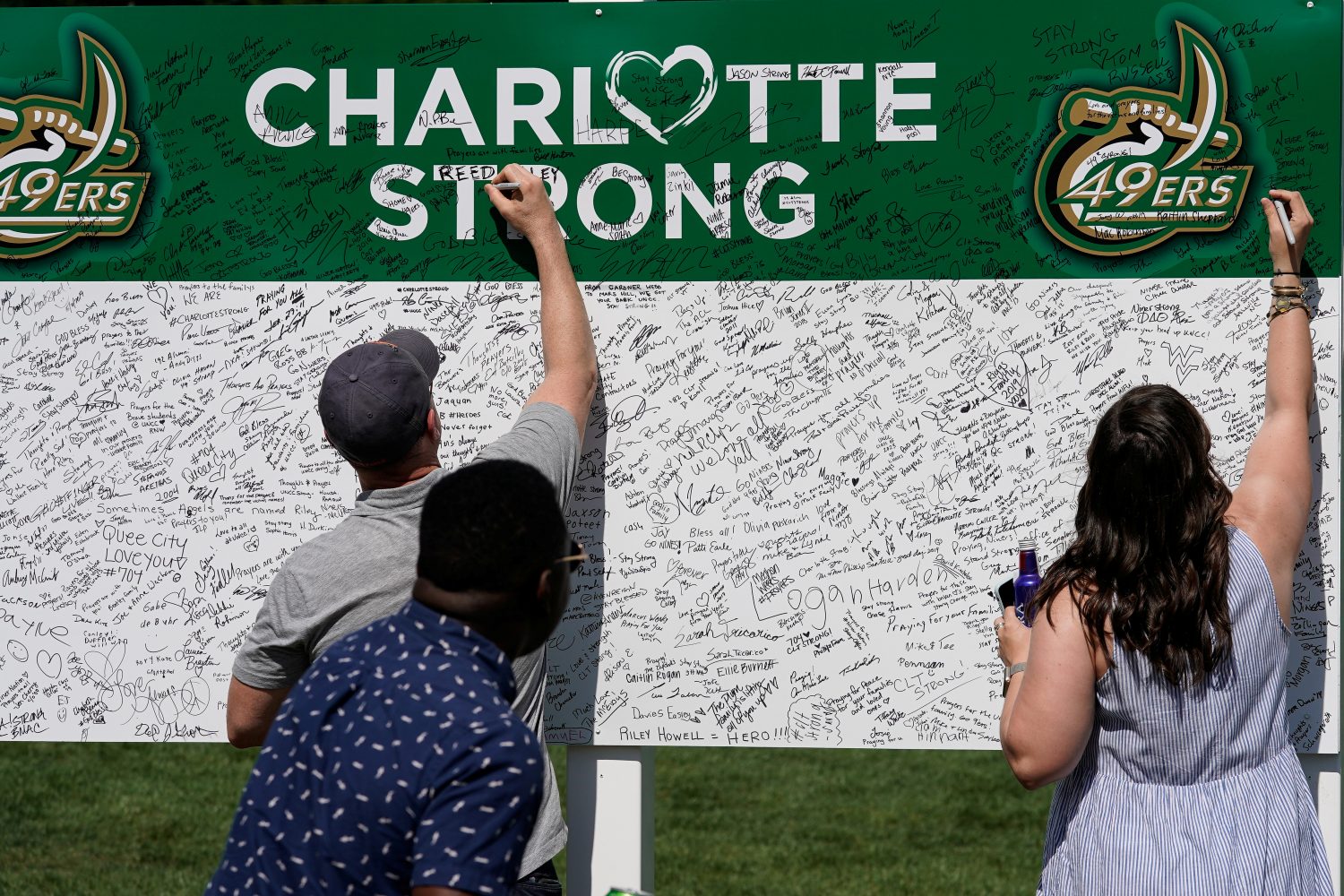 By Alex Dobuzinskis and Alissa Greenberg

(Reuters) – Last week’s shooting at the University of North Carolina at Charlotte that killed two students and wounded four was just the kind of tragedy a team of officials at the school was trying to prevent.

UNC Charlotte has a behavioral intervention team (BIT) tasked with reviewing reports about troubled students and intervening to prevent harm to themselves or others. Similar teams meet regularly at hundreds of other U.S. universities.

U.S. law enforcement has cited the growing use of such teams, which bring together officials from different branches of a campus to compare notes on troubled students with the aim of spotting signs of potential violence, as a key strategy to prevent mass shootings.

But last week’s shooting at UNC Charlotte illustrates the challenges such teams face in an environment where anyone can walk onto a campus and blend into a population of thousands of students.

The accused gunman in Charlotte, 22-year-old former student Trystan Andrew Terrell, has been charged with two counts of murder and four of attempted murder. Terrell withdrew from the school on Feb. 14, UNC Charlotte spokeswoman Buffie Stephens said in an email.

UNC Charlotte Police Chief Jeff Baker, who participates in BIT meetings himself or through a representative, told reporters that Terrell had not been on “our radar.”

“NO ONE CONNECTED ALL THE DOTS”

“Obviously, this week as you know, we can’t identify everybody who might be posing a risk, but I think we have a pretty good track record,” David Spano, associate vice chancellor for student affairs at UNC Charlotte and a BIT member, said in a phone interview on Friday. “No, I think we have an excellent track record.”

The team, which includes the campus dean of students, the director of housing and other school officials, meets once a month but can convene more urgently if a dangerous case comes to its attention.

The BIT often receives reports of troubling behavior, such as threatening emails or phone calls, harassment or stalking, through a tool on the university’s website, said Spano, who is also the university’s director of counseling.

In dozens of cases, the team has arranged for a potentially troubled student to meet with an official in charge of assistance and support services, Spano said. A counselor sometimes joins that initial meeting, and in many cases, the student receives mental health care afterward.

In a handful of cases, where drastic action is needed to protect people, the BIT has referred a student to a panel for “involuntary withdrawal” from UNC Charlotte, Spano said.

Even that may not prevent a tragic outcome, as in Parkland, Florida, last year when authorities said that a former student expelled from Stoneman Douglas High School returned and killed 17 people.

At UNC Charlotte, the behavioral intervention team has been in place for more than a decade.

In 2007, a massacre by a student of 32 classmates at Virginia Tech led to calls to share information on campuses. In that case, a state investigation found that warning signs about the student had gone unheeded and “no one connected all the dots.”

At least one active shooter incident occurred at a U.S. college in seven of the 10 years after the Virginia Tech rampage, based on figures from the Federal Bureau of Investigation.

Officials involved with BIT teams say their work prevents violence, although they acknowledge their effectiveness is hard to measure.

Adam Lankford, a criminologist at the University of Alabama whose research has found mass shooters are often depressed and motivated to die in a spectacular attack, said compiling data on the prevention of mass shootings was all but impossible. In some cases, he said, police arrest a person with weapons who has posted a threatening message online.

“Perhaps equally important in the success category are cases that are stopped much earlier, because somebody gets treatment, for example,” Lankford said in a phone interview.

A BIT can help the small subset of suicidal people who might want to stage a mass shooting, but determining how often that heads off violence would involve guesswork, he said.

At the association’s regional conference last month in Pleasant Hill, outside San Francisco, Van Brunt told attendees their work was similar to the mandate an “air traffic control” unit has to prevent crashes.

Even so, a BIT provides a way to take steps to create a safe environment, Guthrie said, adding that her team focuses largely on helping students in crisis who are not necessarily violent.

“Without a BIT, you have more students that fall through the cracks,” she said.