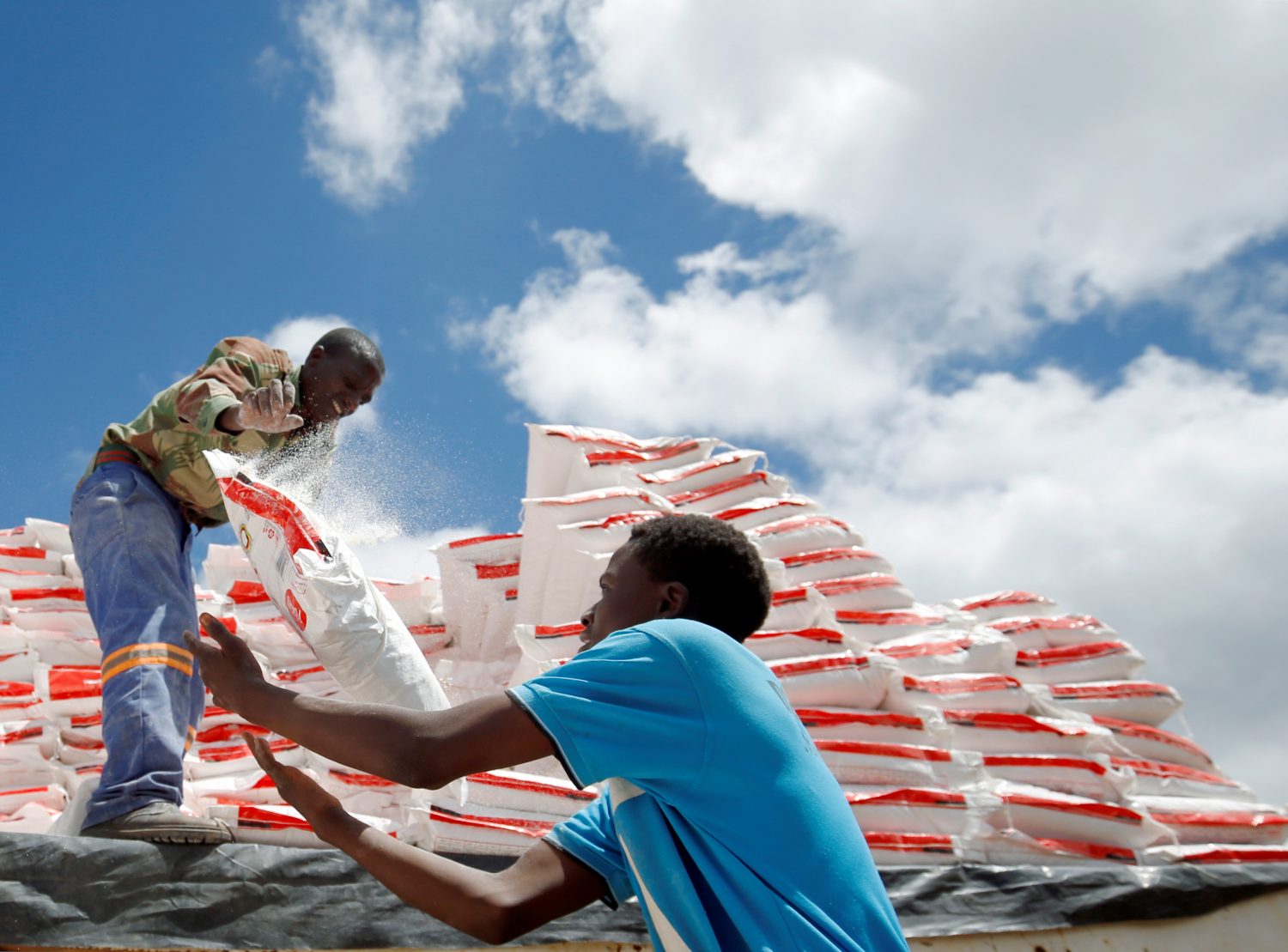 BEIRA, Mozambique (Reuters) – Rescuers said they would reach hundreds of people on Monday still stranded more than a week after a powerful cyclone struck Mozambique and swathes of southeast Africa, as roads started to reopen.

Cyclone Idai lashed Mozambique’s port city of Beira with winds of up to 170 kph (105 mph) around midnight on March 14, then moved inland to Zimbabwe and Malawi, flattening buildings and killing at least 657 people across the three countries. 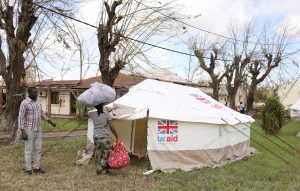 An evacuee from Buzi village carries her belongings as she arrives at a displacement center near the airport, after Cyclone Idai, in Beira, Mozambique, March 25, 2019. REUTERS/Siphiwe Sibeko

“We are more organized now, after the chaos that we’ve had, so we’re delivering food and shelter to more people today,” Mozambique’s Land and Environment Minister Celso Correia told reporters.

Correia said the number of people in makeshift camps had risen by 18,000 to 128,000 since Sunday, most of them in the Beira area.

Communities near Nhamatanda, around 100 km northwest of Beira and where some people haven’t received aid for days, would receive assistance on Monday, he added.

The cyclone and the heavy rains that followed hampered aid efforts and blocked deliveries of food and other essentials from Beira, which is an important gateway to landlocked countries in the region.

The water covering vast tracts of land west of the port has been receding, but the size of the disaster zone makes getting aid to the neediest difficult.

Aid workers distributed maize meal in the Chipinge district of eastern Zimbabwe – one of the areas where the cyclone wrought major destruction – while residents struggled without access to power or piped water.

“We lost all our perishables after Cyclone Idai,” Chipinge resident Kudakwashe Mapungwana said. “Since then we have no electricity at all and women are busy buying charcoal which is very expensive.”

Sebastian Rhodes Stampa, from the United Nations Office for the Coordination of Humanitarian Affairs (OCHA), said cases of diarrhea in Mozambique were increasing and they were keeping a close watch out for any outbreak of cholera.

“It’s a killer,” Rhodes Stampa said of cholera, naming the infection as one of his biggest concerns, alongside more flooding. But the weather for the next two weeks looked “pretty good” and dam releases were well-controlled, he added.

Correia said the death toll in Mozambique remained roughly unchanged at 447 on Monday. In Zimbabwe the tropical storm has killed at least 154 people, according to the government, while 56 died in Malawi.

(Additional reporting by Stephen Eisenhammer in Beira, and Philimon Bulawayo in Chipinge and MacDonald Dzirutwe in Harare; Writing by Alexander Winning; Editing by Hugh Lawson and Andrew Heavens)