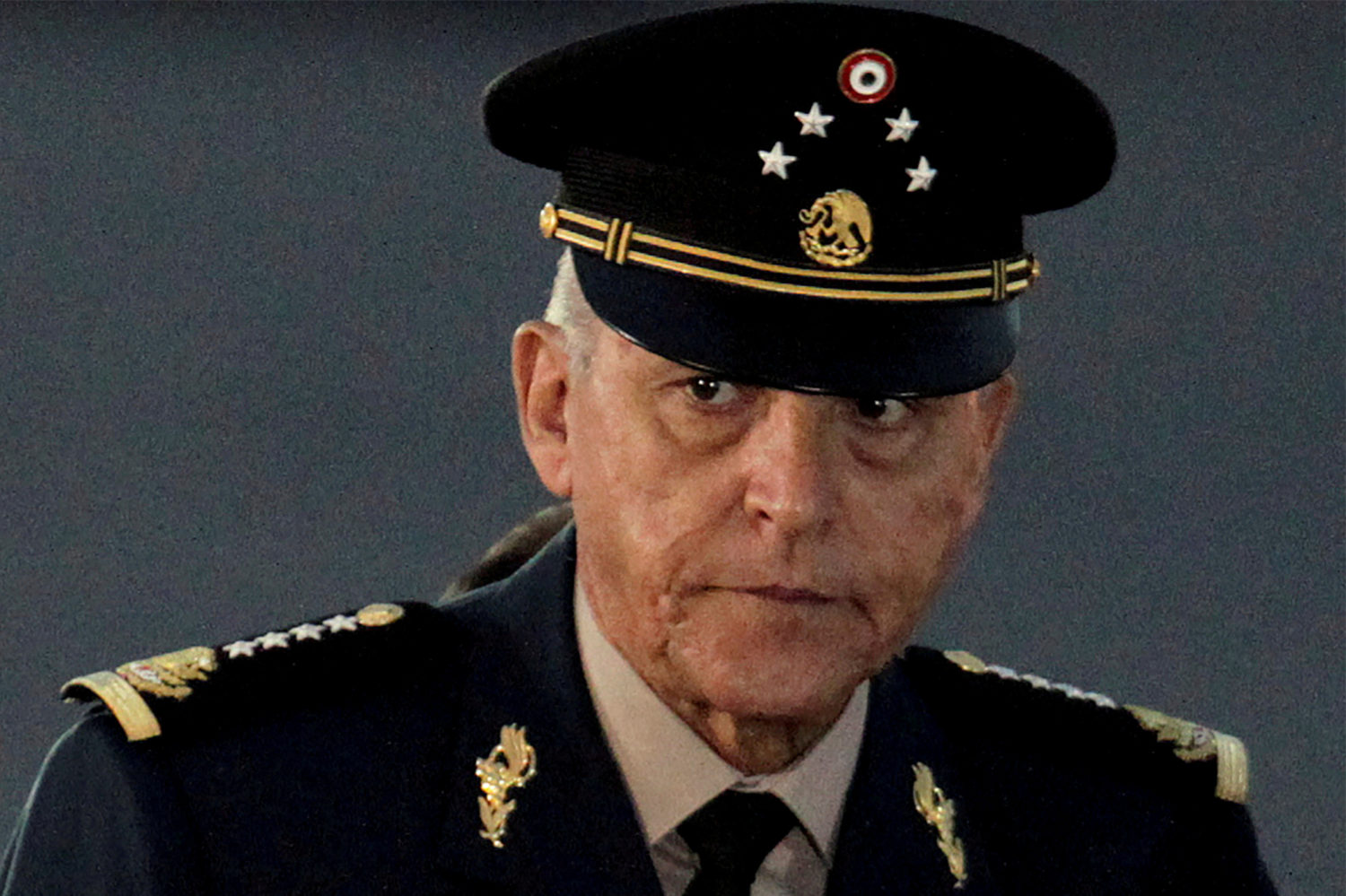 “Although these are very serious charges against a very significant figure, and the old adage ‘a bird in the hand’ comes to mind, I have no reason to doubt the sincerity of the government’s decision,” the judge said at the hearing.

Cienfuegos, 72, served as Mexico’s defense minister from 2012 to 2018 under former President Enrique Pena Nieto, and the case prompted the current government to threaten a review of agreements allowing U.S. agents to operate in Mexico.

Seth DuCharme, the Acting U.S. Attorney in Brooklyn, said his office “stands behind its case” against Cienfuegos, but that its interest in the prosecution was outweighed by the “broader interest” in maintaining cooperation between U.S. and Mexican law enforcement authorities.

Appearing in the court, Cienfuegos said he was in agreement with the request to drop charges.

Cienfuegos has signed a removal agreement that would allow his return to Mexico, his lawyer Edward Sapone said. Mexican Foreign Minister Marcel Ebrard said the retired army general could be flown back within days.

But U.S. prosecutors said “sensitive and important foreign policy considerations” now outweighed the U.S. government’s interest in continuing to prosecute Cienfuegos, and therefore their case against him should be dismissed.

Ebrard said the arrest had damaged the trust needed for bilateral cooperation fighting drug gangs. He celebrated the decision to drop the case and said it laid a foundation for future cooperation.

Cienfuegos has not been charged in Mexico and faces no arrest warrant there. The Mexican government said its case was based entirely on evidence provided by the United States.

Cienfuegos will return to Mexico as a free man, Ebrard said, adding that the attorney general’s office was studying the U.S. evidence and would decide next steps.

U.S. prosecutors accused Cienfuegos of abusing the power of his office to protect a faction of the Beltran-Leyva cartel, while ordering operations against rival gangs.

While in office, Cienfuegos had worked closely with U.S. counterparts on cross-border criminal matters and was a leading Mexican figure fighting that country’s drug war.

His arrest, which Mexico had not been warned about, shocked Mexico’s security establishment, where Cienfuegos has maintained close ties.

Following the arrest, Mexican President Andres Manuel Lopez Obrador questioned the work of U.S. Drug Enforcement Administration (DEA) agents in the country, saying they had been close to Cienfuegos for years.

The case set off a flurry of frantic calls between Barr, DEA Acting Administrator Timothy Shea, and Mexican officials to calm tensions.

In a statement on Tuesday, Barr and Gertz said the U.S. Department of Justice provided evidence it has gathered to Mexican authorities, and would support their probe.

Garcia Luna has pleaded not guilty.