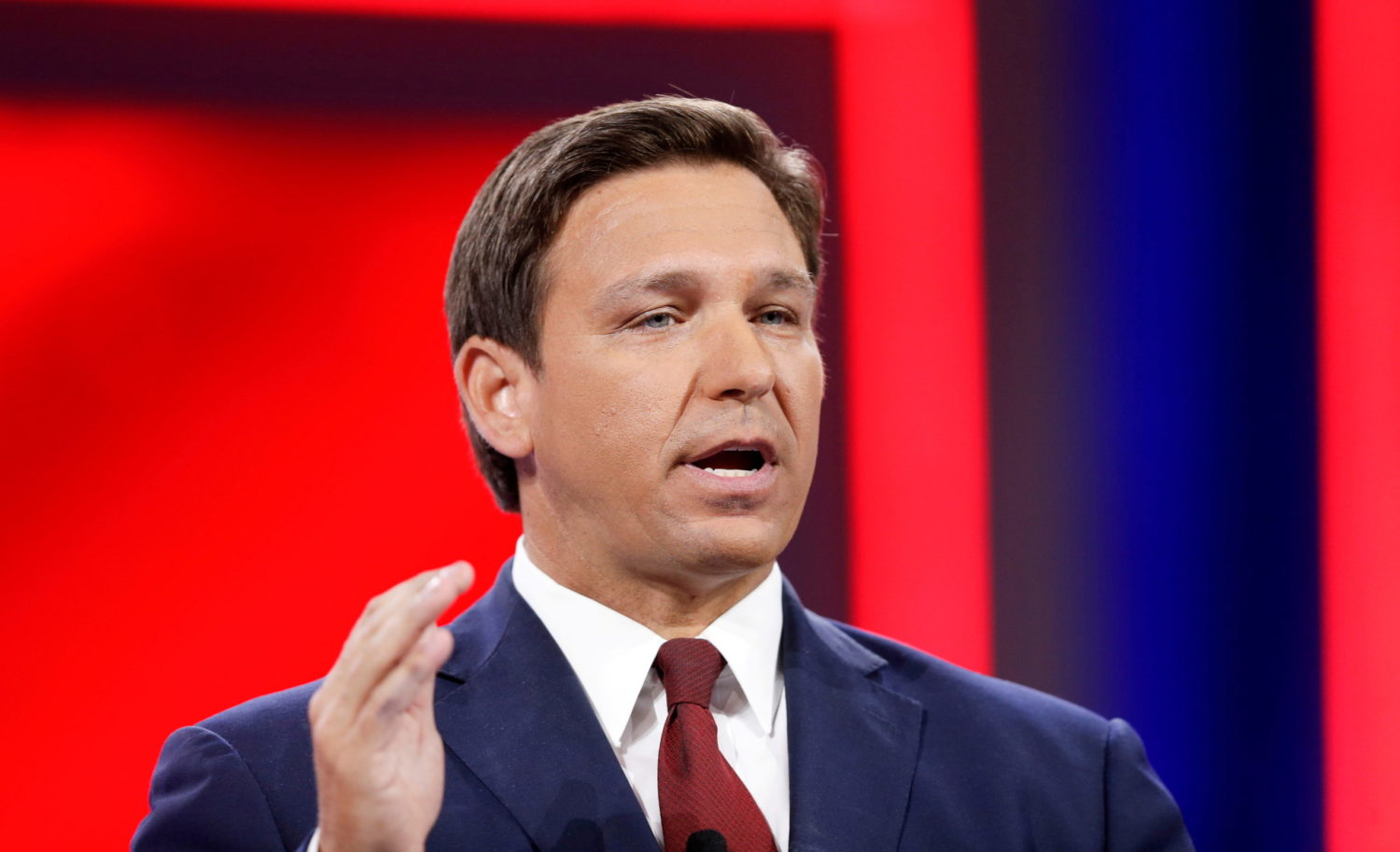 (Reuters) -Florida on Tuesday became the latest and by far the largest U.S. state to ban transgender women and girls from participating in school sports, part of a campaign in statehouses nationwide this year assailed as discriminatory by equal rights activists.

DeSantis signed the bill at an event at a Christian school in Jacksonville where he was flanked by several teenage women athletes. He said the law was needed to ensure fairness for women participating in sports across the state.

Supporters of the sports bills say transgender female athletes have an unfair advantage, having been designated male at birth but having since transitioned. Florida’s law defines an athlete’s sex as that stated on official documents at birth.

The law, rushed through the state legislature as an attachment to a charter school bill, passed over the objection of Democrats and civil rights advocates who call the banning of transgender girls and women from sports unnecessary and discriminatory and accuse Republicans of portraying them as a provocation to energize the right wing of their party.

On Tuesday, U.S. President Joe Biden, a Democrat, issued a proclamation to mark the start of Pride Month, urging Congress to LGBTQ people from discrimination by passing the Equality Act and pointing to a lack of protection of their rights in many states.

Trump, his Republican predecessor, did not officially recognize Pride Month during his four years in office.

The Human Rights Campaign, an advocacy group, said it would challenge the law in court as having been based on a “false, discriminatory premise” that threatened the wellbeing of transgender children.

“Transgender kids are kids; transgender girls are girls. Like all children, they deserve the opportunity to play sports with their friends and be a part of a team,” Human Rights Campaign President Alphonso David said in a statement.

The Republican governor of North Dakota and the Democratic governor of Kansas have vetoed similar bills that passed their statehouses.

Idaho passed the first such ban last year but a federal court has blocked the law.

Around 100 bills have been introduced in more than 20 states this year that would limit transgender rights. Transgender advocates have called on businesses to boycott states that pass such laws.

While corporate America has yet to respond as it has on the issue of voting rights restrictions, the National Collegiate Athletic Association (NCAA), which governs college sports, responded to Florida’s bill in April by saying it would only hold events in states that are “free of discrimination.”

DeSantis said he would not be swayed by the stances taken by the NCAA or other organizations.

“We will stand up to groups like the NCAA who think they should be able to dictate the policies in different states. Not here. Not ever,” DeSantis said.

The NCAA did not immediately respond to a request for comment.