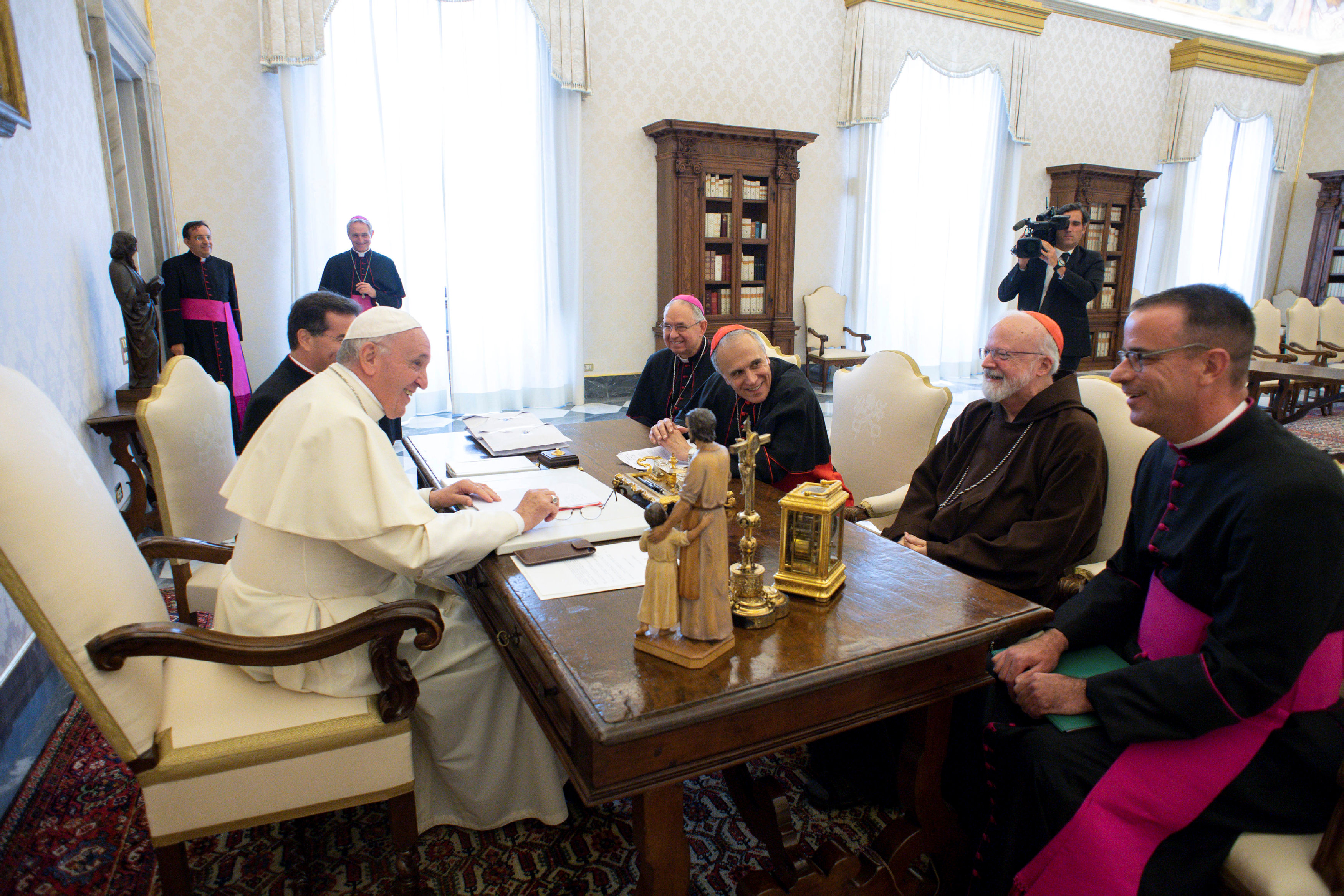 VATICAN CITY (Reuters) – Pope Francis has ordered an investigation of an American bishop accused of sexual misconduct with adults and accepted his resignation, the Vatican and U.S. Church officials said on Thursday.

The announcement was made as the pope was meeting U.S. Catholic Church leaders to discuss the fallout from a scandal involving a former American cardinal and demands from an archbishop that the pontiff step down.

The Catholic Church worldwide is reeling from crises involving sexual abuse of minors. Surveys show plummeting confidence in the Church the United States, Chile, Australia, and Ireland where the scandal has hit hardest, as well as in other countries.

The bishop who resigned is Michael J. Bransfield, 75, of the diocese of Wheeling-Charleston, West Virginia. The Vatican said the pope had appointed Archbishop William Lori of Baltimore to run the diocese until a new bishop is appointed.

Neither the Vatican nor the Archdiocese of Baltimore gave any details of the specific allegations against Bransfield.

Neither Bransfield nor his legal representative could immediately be reached for comment.

The archdiocese of Baltimore’s website said the pope had instructed Lori to conduct an investigation into allegations of sexual harassment of adults by Bransfield.

“My primary concern is for the care and support of the priests and people of the Diocese of Wheeling-Charleston at this difficult time,” Lori said in a statement.

“I further pledge to conduct a thorough investigation in search of the truth into the troubling allegations against Bishop Bransfield and to work closely with the clergy, religious and lay leaders of the diocese until the appointment of a new bishop,” he said.