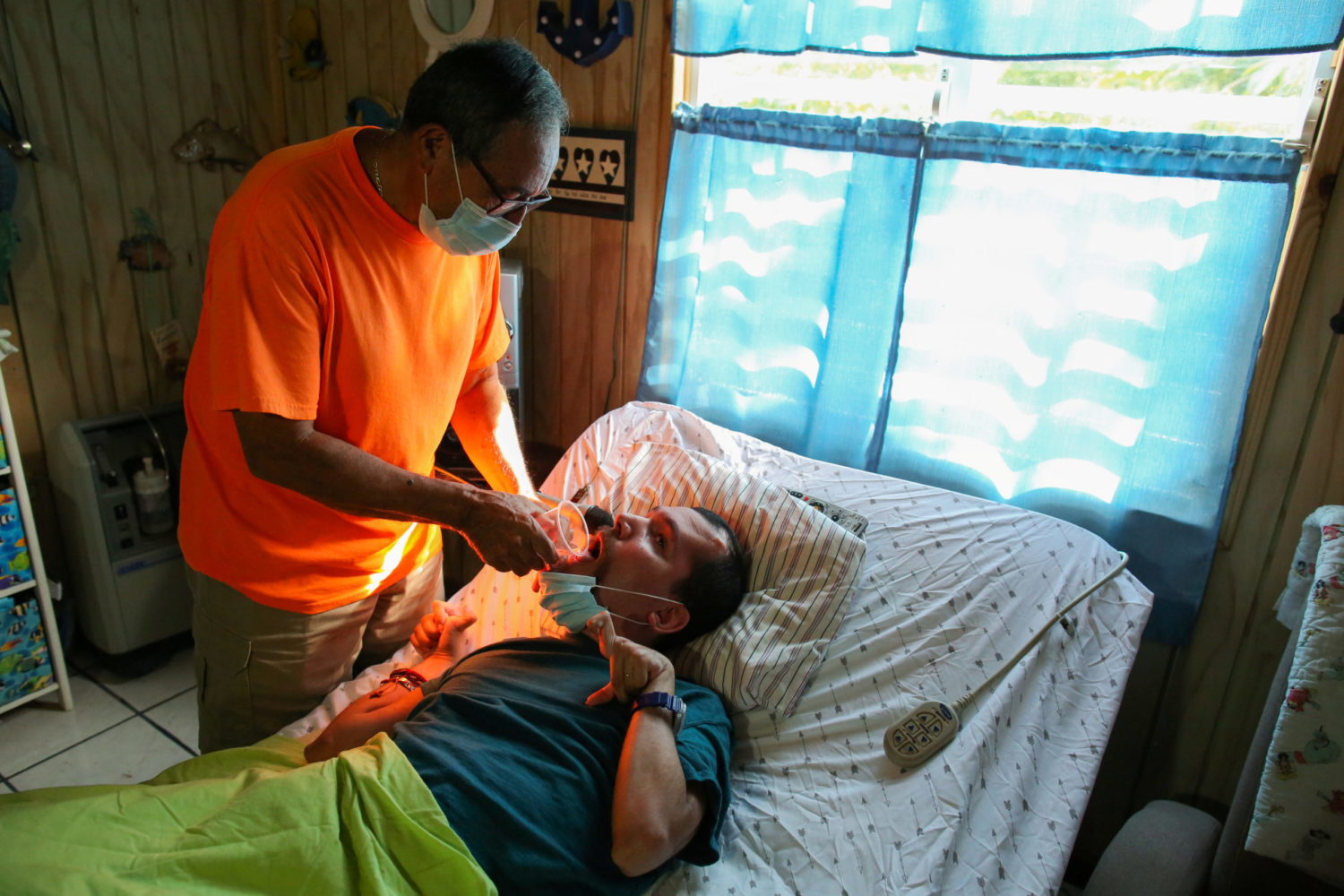 WASHINGTON (Reuters) – The U.S. Supreme Court on Tuesday tackled the question of whether a decision by Congress five decades ago to exclude Puerto Rico from a federal program that provides benefits to low-income elderly, blind and disabled people was unlawful.

Some of the nine justices posed tough questions during arguments in the case to the lawyer for the U.S. government, which has appealed a lower court ruling that Puerto Rico’s Supplemental Security Income (SSI) program exclusion violated a U.S. Constitution mandate that laws apply equally to everyone.

But it remained unclear whether the Supreme Court, which has a 6-3 conservative majority, ultimately will rule in favor of Puerto Rican resident Jose Luis Vaello-Madero, who received SSI benefits when he lived in New York but lost eligibility when he moved to Puerto Rico in 2013.

Many Puerto Ricans have long complained that the Caribbean island’s residents are treated worse than other Americans despite being U.S. citizens. Puerto Rico, which is not a state, is the most-populous of the U.S. territories, with about 3 million people.

SSI benefits are available to American citizens living in any of the 50 states, Washington, D.C., and the Northern Mariana Islands, but not the territories of Puerto Rico, the U.S. Virgin Islands and Guam.

If Vaello-Madero wins, more than 300,000 Puerto Rico residents could become eligible for the benefit at a cost that the U.S. government has estimated at $2 billion annually.

The Supreme Court has been instrumental in defining the legal status of Puerto Ricans dating to a series of rulings starting more than a century ago called the Insular Cases, some suffused with racist language. The rulings endorsed the notion that the people of newly acquired U.S. territories could receive different treatment than citizens living in U.S. states.

Vaello-Madero’s case gives the justices an opportunity to revisit those rulings. Conservative Justice Neil Gorsuch seemed interested in doing so.

“Why shouldn’t we just admit that the Insular Cases were incorrectly decided?” Gorsuch asked.

Liberal Justice Sonia Sotomayor, whose parents were from Puerto Rico, mentioned the history of Puerto Ricans being treated as second-class U.S. citizens.

“Puerto Ricans are citizens and the Constitution applies to them. Their needy people are being treated different than the needy people in the 50 states,” Sotomayor said.

The federal government’s central argument is that the congressional decision to exclude Puerto Rico was rational based on the fact that Puerto Ricans do not pay many federal taxes, including income tax.

Conservative justices wondered about the repercussions of a ruling favoring Vaello-Madero including whether other benefits would have to be extended to residents of U.S. territories.

Justice Amy Coney Barrett noted that if there was “equal treatment across the board” then questions would be raised over whether Puerto Ricans should pay federal income taxes. Justice Brett Kavanaugh said Vaello-Madero’s lawyer made “compelling policy arguments” but noted that a clause of the Constitution specifically allows Congress to treat territories differently than states.

Kavanaugh said it is a part of the Constitution that “people would want to change” but that it is not the court’s role to do that.

Vaello-Madero is 67 years old and disabled. The government sued him in federal court in Washington in 2017 seeking more than $28,000 for SSI payments he received after moving to Puerto Rico.

Congress decided not to include Puerto Rico when it enacted the program in 1972. Puerto Ricans are eligible for a different government program, called Aid to the Aged, Blind and Disabled, that allows for more local control but not as much federal funding.

The appeal originally was filed by Republican former President Donald Trump’s administration. His Democratic successor Joe Biden has continued the appeal while at the same time urging Congress to extend SSI to Puerto Rico.

A provision extending SSI benefits to Puerto Rico is being considered as part of Democratic-backed social spending legislation being crafted in Congress. Enactment of the provision would limit the importance of the Supreme Court’s eventual ruling, due by the end of June.