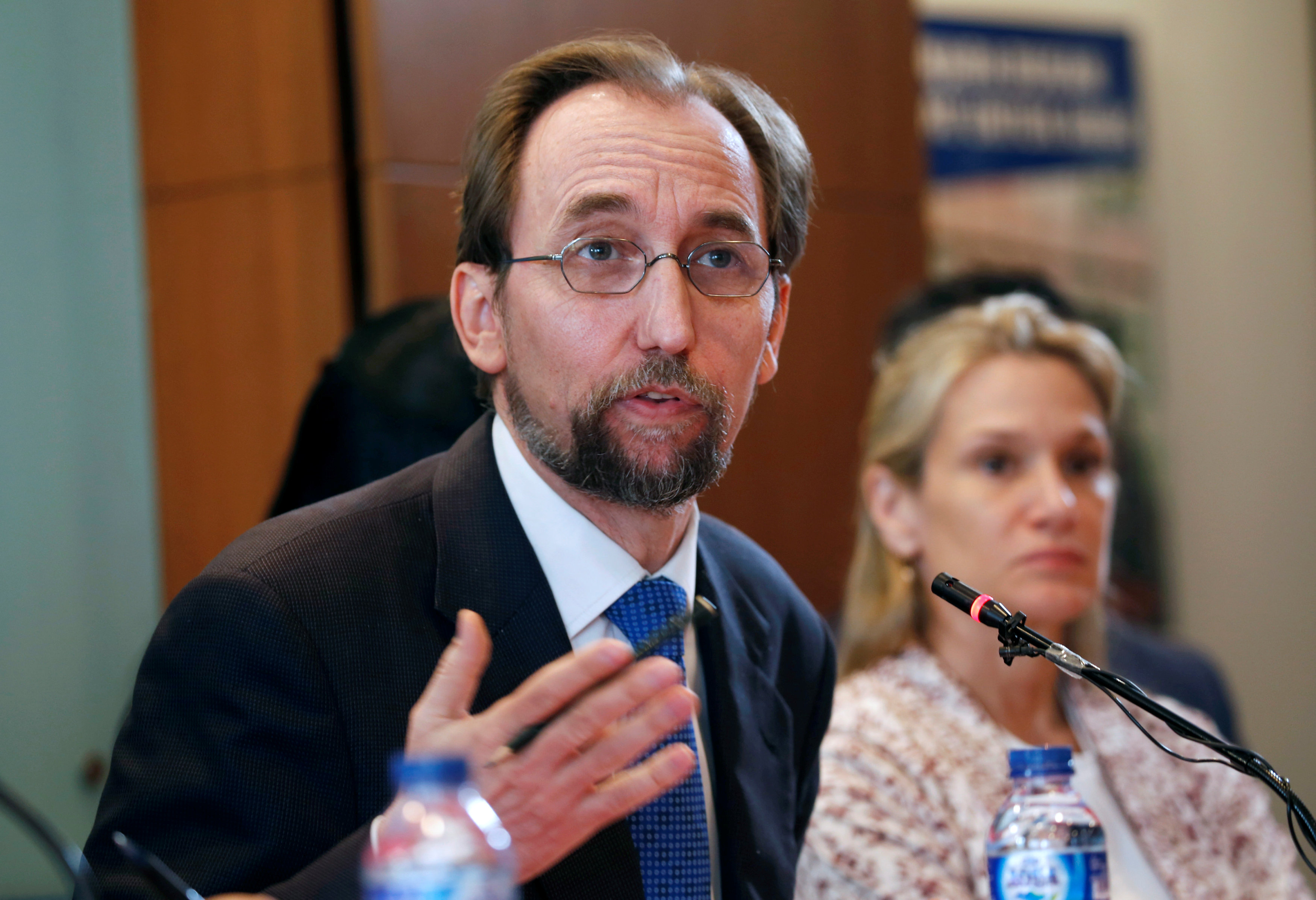 GENEVA (Reuters) – The top United Nations human rights official called on Iran on Friday to halt executions of young people convicted of carrying out crimes when they were under the age of 18.

In a “surge” in January, three people were executed for murders committed at 15 or 16, while some of the 80 juvenile offenders on death row are in danger of “imminent execution”, U.N. High Commissioner for Human Rights Zeid Ra’ad al-Hussein said.

“The execution of juvenile offenders is unequivocally prohibited under international law, regardless of the circumstances and nature of the crime committed,” Zeid said in a statement.

There was no immediate reaction from authorities in Iran, which has signed an international treaty strictly banning the execution of people who commit crimes under the age of 18.

In 2017, Iran is known to have executed five juvenile offenders, the U.N. statement said.

“I am sad to say that Iran violates this absolute prohibition under international human rights law far more often than any other state,” Zeid said, decrying the practice that has gone on for decades.

Among the latest criminals executed was Mahboubeh Mofidi, 20, who was convicted of killing her husband when she was 16, three years after their marriage, the statement said.

A fourth juvenile offender, believed to have been on the point of being executed on Wednesday, has reportedly received a temporary reprieve of two months, it said.

“Often you do get these kind of negotiations going on between the family of the convicted person and the family of the victim in murder cases,” he said, referring to “diyah” or blood money paid to halt an execution.

On Jan. 3, independent U.N. human rights experts called on Iran to spare the life of Amir Hossein Pourjafar, who was convicted of raping and killing a child when he was 15. He is among the three listed in Zeid’s statement as having been executed so far this year.

Zeid welcomed a bill passed in Oct. 2017 under which some drug offences previously punishable by the death penalty were now subject to a prison term, but said that the mandatory death sentence has been retained for a wide range of drug-related offences.