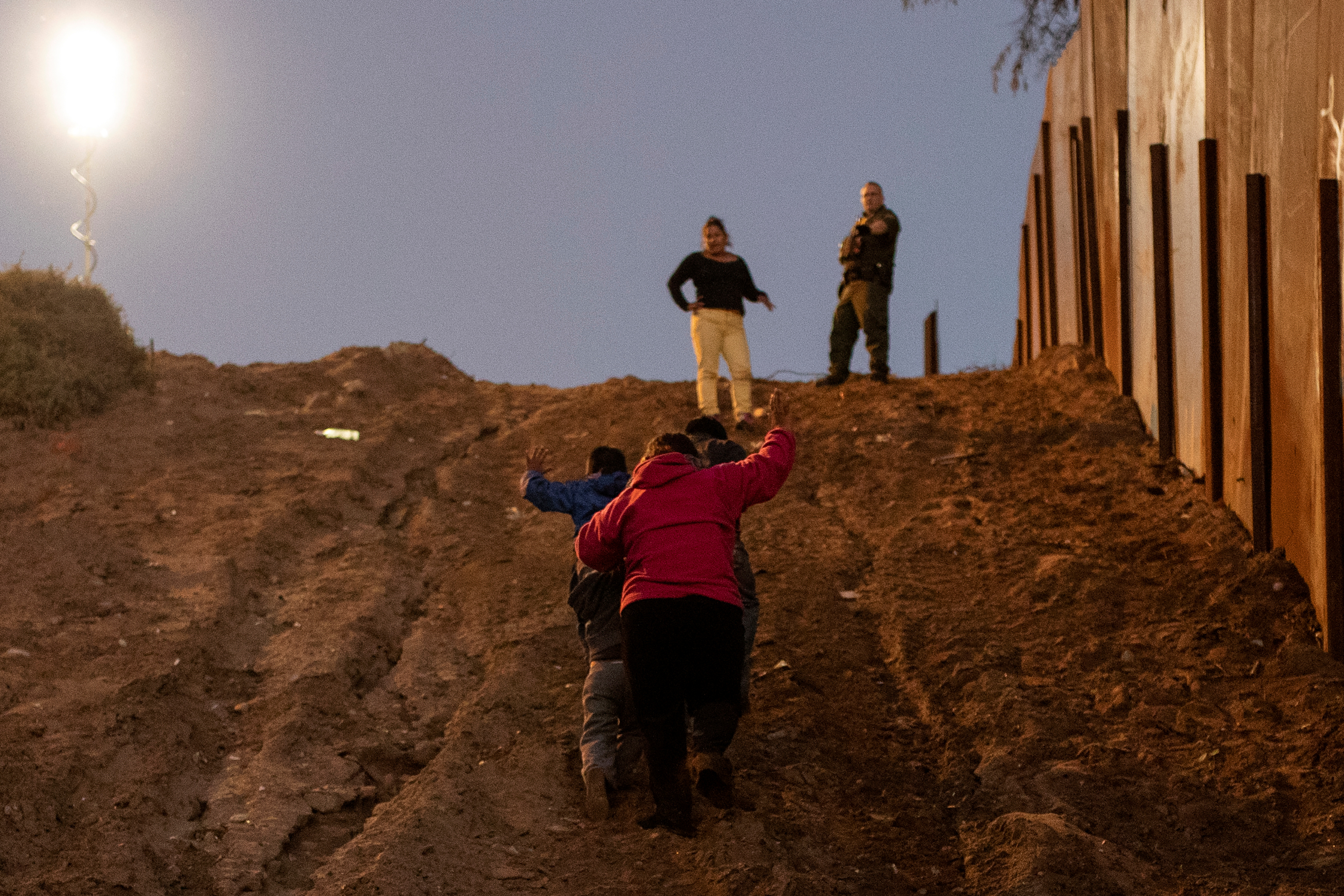 TIJUANA, Mexico (Reuters) – Central American migrants stuck on the threshold of the United States in Mexico breached the border fence on Monday, risking almost certain detention by U.S. authorities but hoping the illegal entry will allow them to apply for asylum.

Since mid-October, thousands of Central Americans, mostly from Honduras, have traveled north through Mexico toward the United States in a caravan, some walking much of the long trek. 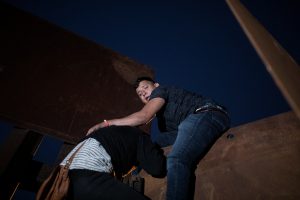 Migrants, part of a caravan of thousands from Central America trying to reach the United States, climb a border fence to cross illegally from Mexico to the U.S, in Tijuana, Mexico, December 3, 2018. REUTERS/Alkis Konstantinidis

U.S. President Donald Trump has vowed to stop the migrants entering, sending troops to reinforce the border and attempting a procedural change, so far denied by the courts, to require asylum-seekers to remain in Mexico while their cases are heard.

Frustrated and exhausted after weeks of uncertainty, many of the migrants have become desperate since getting stuck in squalid camps in the Mexican border city of Tijuana.

So a number opted to eschew legal procedures and attempt an illegal entry from Tijuana as dusk fell on Monday at a spot about 1,500 feet (450 meters) away from the Pacific Ocean.

In less than an hour, Reuters reporters observed roughly two dozen people climb the approximately 10-foot (3-meter) fence made of thick sheets and pillars of metal. They chose a place in a large overgrown ditch where the fence is slightly lower.

Just before dusk, three thin people squeezed through the fence on the beach and were quickly picked up by the U.S. Border Patrol, witnesses said.

But along the border inland as darkness descended, more and more migrants followed, many bringing children. 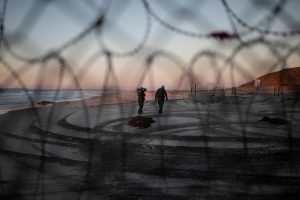 Some used a blanket as a rope to help loved ones get over.

A mother and her children made it over the first fence and disappeared into the night.

The sight of them climbing the fence encouraged others, even as a helicopter patrolled overhead on the U.S. side.

Earlier, Karen Mayeni, a 29-year-old Honduran, sized up the fence while clinging to her three children, aged six, 11 and 12.

“We’re just observing, waiting to see what happens,” Mayeni said. “We’ll figure out what to do in a couple of days.”

Ninety minutes later, she and her family were over the fence.

A number of the migrants ran to try to escape capture, but most of them walked slowly to where U.S. Border Patrol officials were waiting under floodlights to hand themselves in.

‘STAND ON MY HEAD’

Some of the migrants are likely to be economic refugees without a strong asylum claim, but others tell stories of receiving politically motivated death threats in a region troubled by decades of instability and violence.

Applying for asylum at a U.S. land border can take months, so if migrants enter illegally and present themselves to authorities, their cases could be heard quicker.

U.S. officials have restricted applications through the Chaparral gate in Tijuana to between 40 and 100 per day.

Some may hope to defeat the odds and penetrate one of the most fortified sections of the southern U.S. border.

Those that made it across the fence in Tijuana still had to scramble up a hill and contend with a more forbidding wall to reach California, and U.S. Border Patrol agents had the territory between the two barriers heavily covered.

“Climb up. You can do it! Stand on my head!” one migrant said, egging his companion on.

One child and his mother got over the fence and ran up the hill behind. They turned around and waved to those still on the Mexican side.