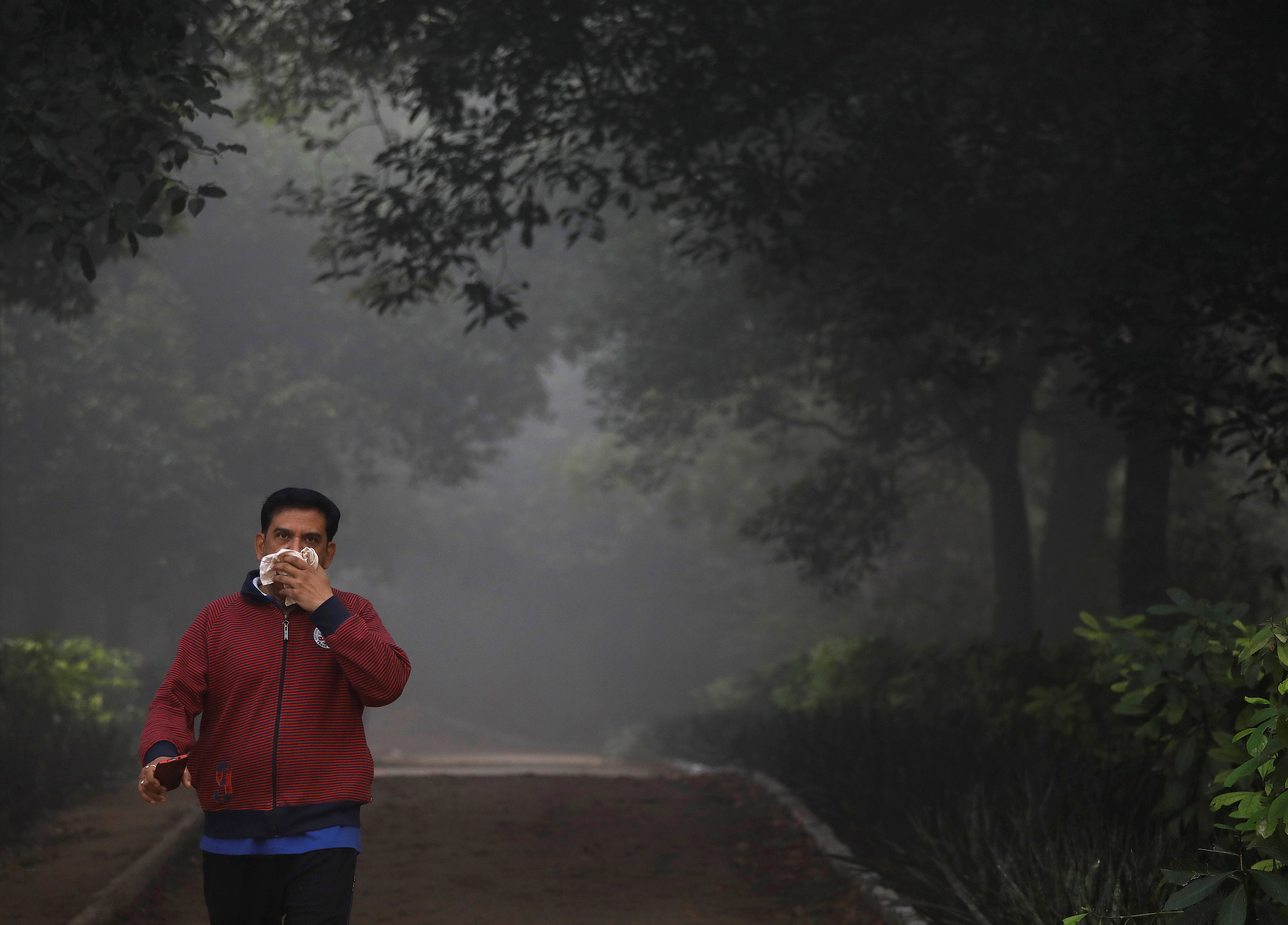 A U.S. embassy measure showed levels of poisonous airborne particles, known as PM 2.5, had reached 498 on Monday afternoon, compared with the upper limit of “good” quality air at 50.

India’s weather office said rain was forecast over the next three days which could help clear the smog.

“Light rainfall is likely in states surrounding Delhi and in Delhi over the next three days, and this could result in a change in wind pattern in the region,” Charan Singh, a scientist at India Meteorological Department, told Reuters.

But Skymet, India’s only private weather forecaster, said dense smog would continue over Delhi and the surrounding area for at least the next two days.

The Supreme Court is due to hear a petition filed by a New Delhi lawyer to direct government authorities to tackle the “intolerable and unbearable air pollution”.

Over the weekend, authorities began using fire trucks to spray water in parts of the capital to keep the dust and other air particles down, but it has had little effect.

A senior federal government official said there was little more that could be done.

“We can only do this much, and now we will have to wait for rains to clean the atmosphere,” said Prashant Gargava, an official at the Central Pollution Control Board.

Gargava, who is in charge of monitoring air quality, said Delhi’s air has been consistently in the “hazardous” zone, despite measures such as a halt to construction and increasing car parking charges four-fold to encourage people to use public transport. 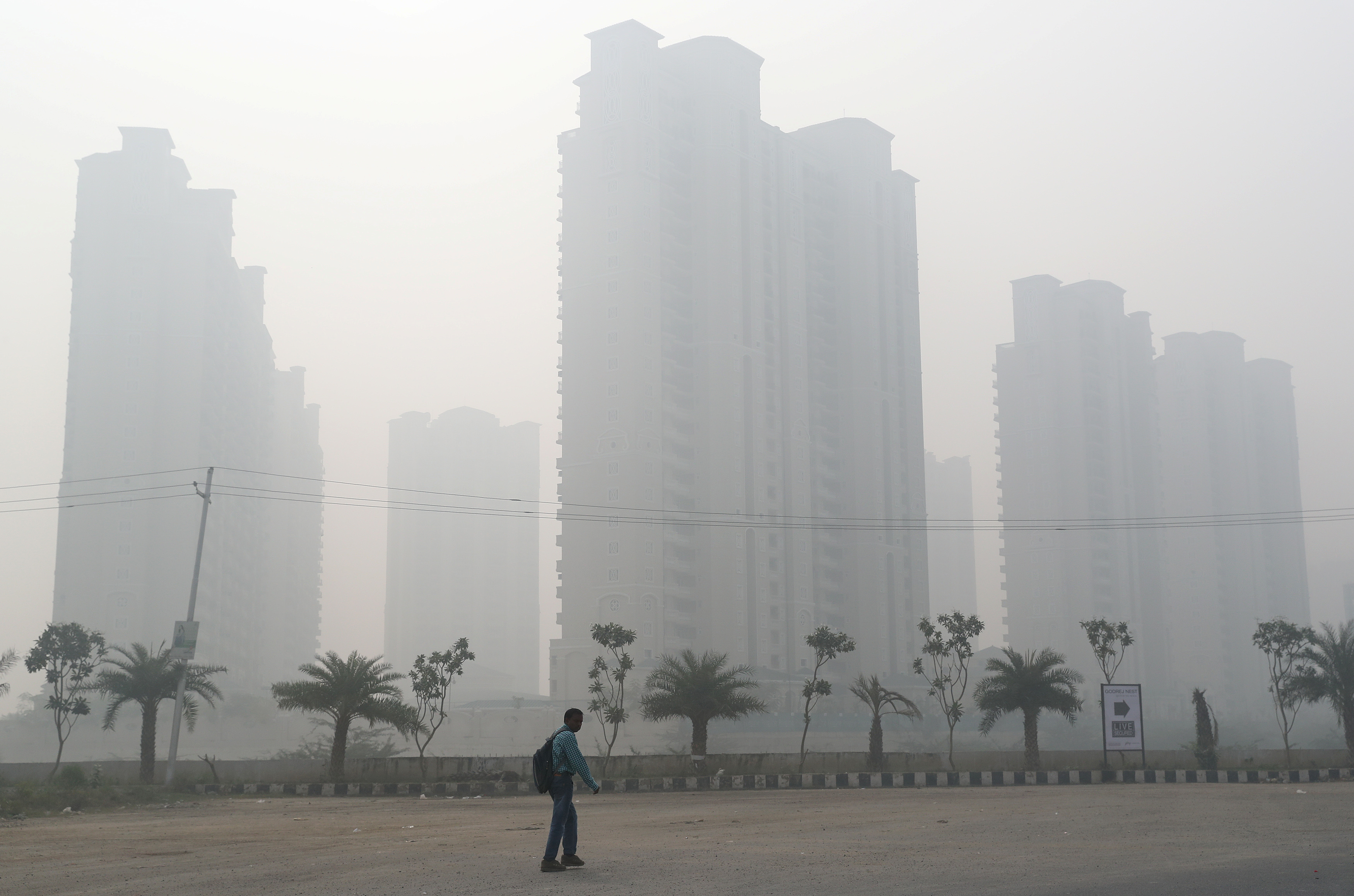 The PM 2.5 airborne particles are about 30 times finer than a human hair. The particles can be inhaled deep into the lungs, causing respiratory diseases and other ailments. Hospitals have seen a surge of patients coming in with respiratory complaints, according to media reports.

“Every second we are damaging our lungs, but we cannot stop breathing,” said Arvind Kumar, the head of the chest and lung surgery department at the Sir Ganga Ram hospital.

United Airlines said it had resumed flights from Newark, New Jersey, to New Delhi on Sunday, after suspending the service temporarily over concern about the bad air.

Authorities decided to reopen schools on Monday after closing them temporarily for a few days last week, but the decision is likely to add more vehicles on the road.

Enforcement agencies said they were unable to impose a blanket ban on the movement of commercial trucks.

Primary school teacher Aarti Menon said her family had been wearing face masks, even when indoors.

“Not everyone can afford an air purifier or air-conditioned car. We are all living in hell,” said Menon, a mother of two teenage daughters.

The National Green Tribunal, an environment court, has directed the city government and neighboring states to stop farmers from burning crop stubble. But the governments have not been able to do so.

“Some of the children have breathing issues and couldn’t go to school,” said a volunteer at the group.