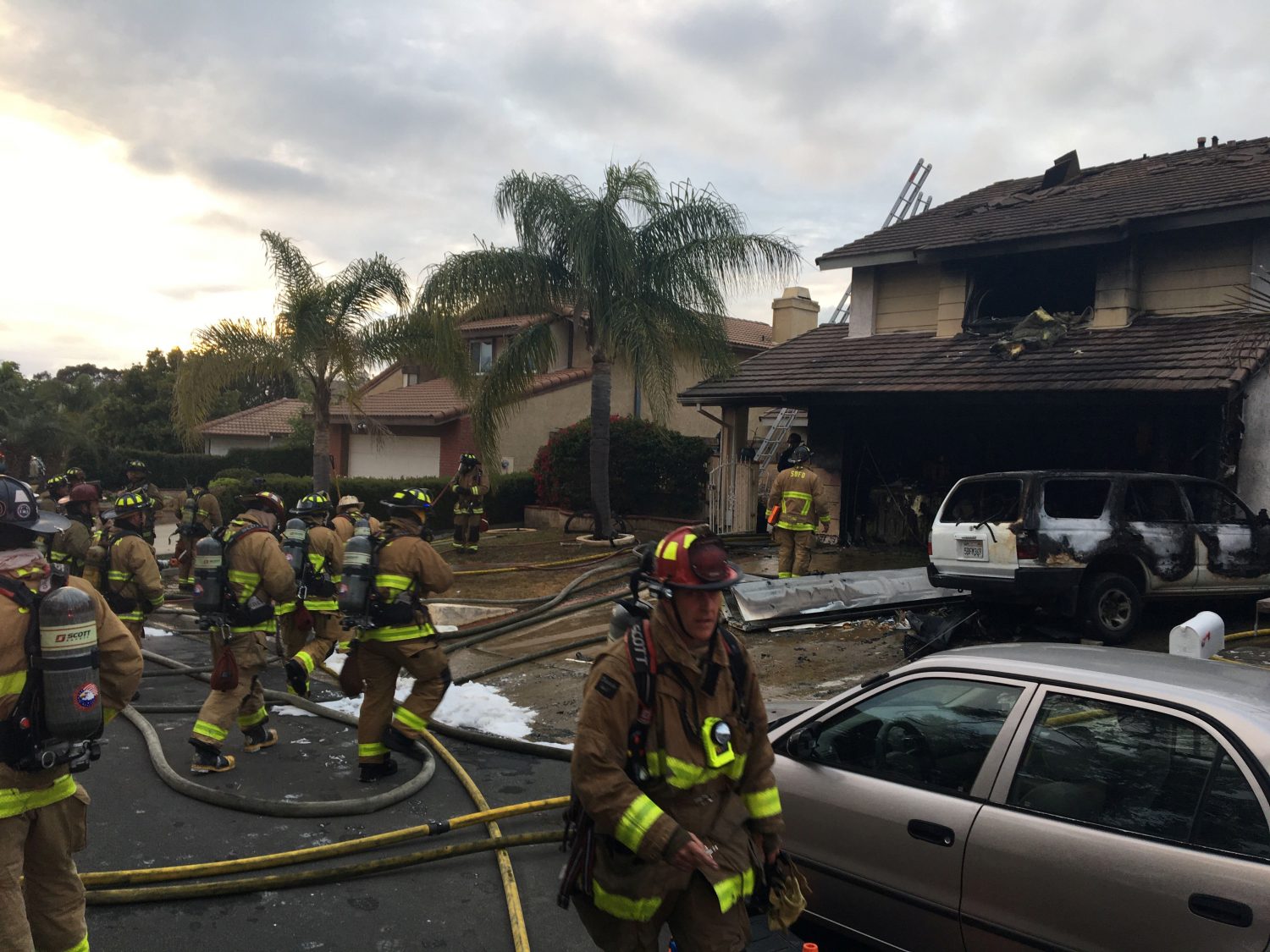 SAN DIEGO(Reuters) – On the afternoon of May 5, college student John Nothdurft was watching TV at his suburban San Diego home when a series of explosions shook the house. Around the corner, on Sunny Meadow Street, flames billowed from a neighbor’s garage.

A man was running down the street. He was on fire.

Nothdurft, 18, tried to comfort the man as a neighbor sprayed him with a garden hose. “His skin kind of looked like it had melted off,” he recalled.

Investigators quickly determined the cause of the blaze: a butane-gas explosion resulting from an illegal attempt to make a concentrated form of marijuana. Known as hash oil or honey oil, the product can be consumed in vape pens, candies, waxes and other forms that are increasingly popular.

The Sunny Meadow Street explosion illustrates a growing danger as marijuana moves from the counterculture to the mainstream, law enforcement officials told Reuters. With cannabis now legal for medical or recreational use in 33 states and the District of Columbia, users are discovering new ways of consuming the drug.

Nationwide, concentrated products accounted for nearly a third of the $10.3 billion legal market in September 2018, double their share in 2015, according to the New Frontier Data research firm.

In states like California and Colorado, where marijuana use is legal, state-licensed producers of hash oil use sophisticated systems that can cost hundreds of thousands of dollars. But those seeking to make hash oil at home don’t have to spend that much. YouTube videos demonstrate how to strip the psychoactive THC compounds from marijuana using a PVC pipe, a coffee filter and a $4 can of butane.

Production is surging on the black market – especially in California, where the legal market is still dwarfed by an underground network that supplies users across the country.

A “dab” of hash oil can contain up to 90 percent THC – more than four times the strength of typical marijuana buds.

Making hash oil can be lucrative – Persona pointed to a small jar retailing for $45 – but it is also risky. Odorless and heavier than air, butane can build up quickly in enclosed spaces – until a spark from a refrigerator motor or a garage-door opener sets off an explosion that can knock a house off its foundation or destroy an apartment building.

Nationwide, the U.S. Drug Enforcement Administration (DEA) says it received reports of 260 illegal hash-oil labs in 2017, a 38 percent increase from 2016. A quarter of those labs were discovered because they caught on fire, according to the agency’s annual drug threat assessment.

Those figures are far from comprehensive, as law enforcement agencies aren’t required to provide reports to the DEA’s national database.

Even in California, which accounted for two-thirds of all reported Illegal hash-oil labs in 2017, officials could be undercounting the problem. Child-safety advocate Sue Webber-Brown estimates more than 40 adults and three children were injured from hash-oil lab explosions in the state in 2016 – far higher than the official DEA tally of 16 injuries.

Even so, the DEA reports that at least 19 people have been killed and 126 people injured by hash-oil fires in California since 2014.

“A WHOLE GARAGE OF AMMUNITION”

On Sunny Meadow Street, the inferno blew a garage door 20 feet off its hinges and melted the windshield of a car. Dozens of butane cans exploded. “Boom, bang, boom bang. I thought it was a whole garage of ammunition,” said Ken Heshler, 80, a neighbor. Three people were taken to the hospital with severe burns.

The DEA says it discovered $75,000 worth of hash oil on the scene. The agency says it expects to bring criminal charges against those involved.

According to the DEA, its first report of an illicit hash-oil lab came in 2005, in Oakland, Calif. By 2013, the U.S. Fire Administration was warning that explosions stemming from hash-oil production appeared to be increasing.

Since then, officials say, the problem has grown worse. Narcotics officers in California say that the operations they encounter now tend to be larger than the home labs that proliferated earlier in the decade – with the amount of explosive chemicals measured in barrels, rather than milliliters.

These solvents “want to go boom – they don’t want to be confined, and with the slightest kind of nudge they’re going to explode, said Karen Flowers, special agent in charge of the DEA’s San Diego office.

Less than two weeks after the explosion on Sunny Meadow Street, Flowers’ office responded to another hash-oil fire in the suburb of El Cajon. That operation contained more than a dozen 55-gallon drums of hexane, another volatile solvent. Firefighters were able to control the blaze before the chemicals exploded.

The DEA also raided four other illegal hash-oil labs in the region, including one they said was capable of producing nearly a half million dollars worth of product every two days.

Explosions have been reported across the United States and Canada. In Battle Creek, Michigan, 80 people were left homeless after one destroyed an apartment building in July 2018.

The California legislature voted for statewide limits in 2017, but then-Gov. Jerry Brown vetoed the measure, saying the legitimate hash-oil industry should be given a chance to comply with impending regulations.

Since recreational marijuana sales became legal in 2018, the state has licensed 154 businesses to use butane or other explosive solvents to produce marijuana concentrates. Licensed businesses pay fees of up to $75,000 per year and must use equipment that keeps solvents contained. They must pass a fire-code inspection and train employees on safety standards.

The risk remains. California regulators fined a licensed producer $50,000 in December 2018 after a propane explosion badly burned a worker.

Chris Witherell, an industry consultant, says most of the hundreds of hash-oil operations he has inspected don’t pass the first time he visits. “Equipment is often poorly assembled or operating with incorrect parts,” he said.

Flowers said the DEA has dismantled 18 illegal hash-oil labs in San Diego this year, putting it on pace to nearly double the number in 2018.

“I’m extremely concerned about what the next six months are going to hold,” she said.