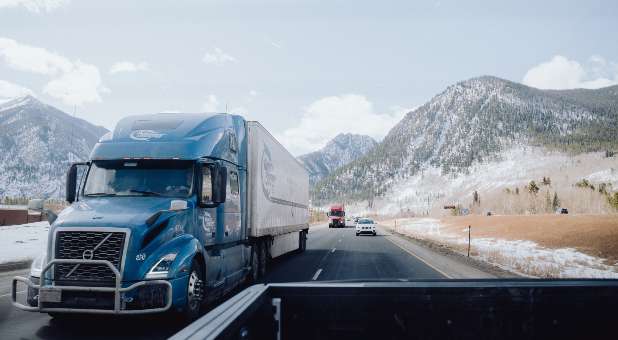 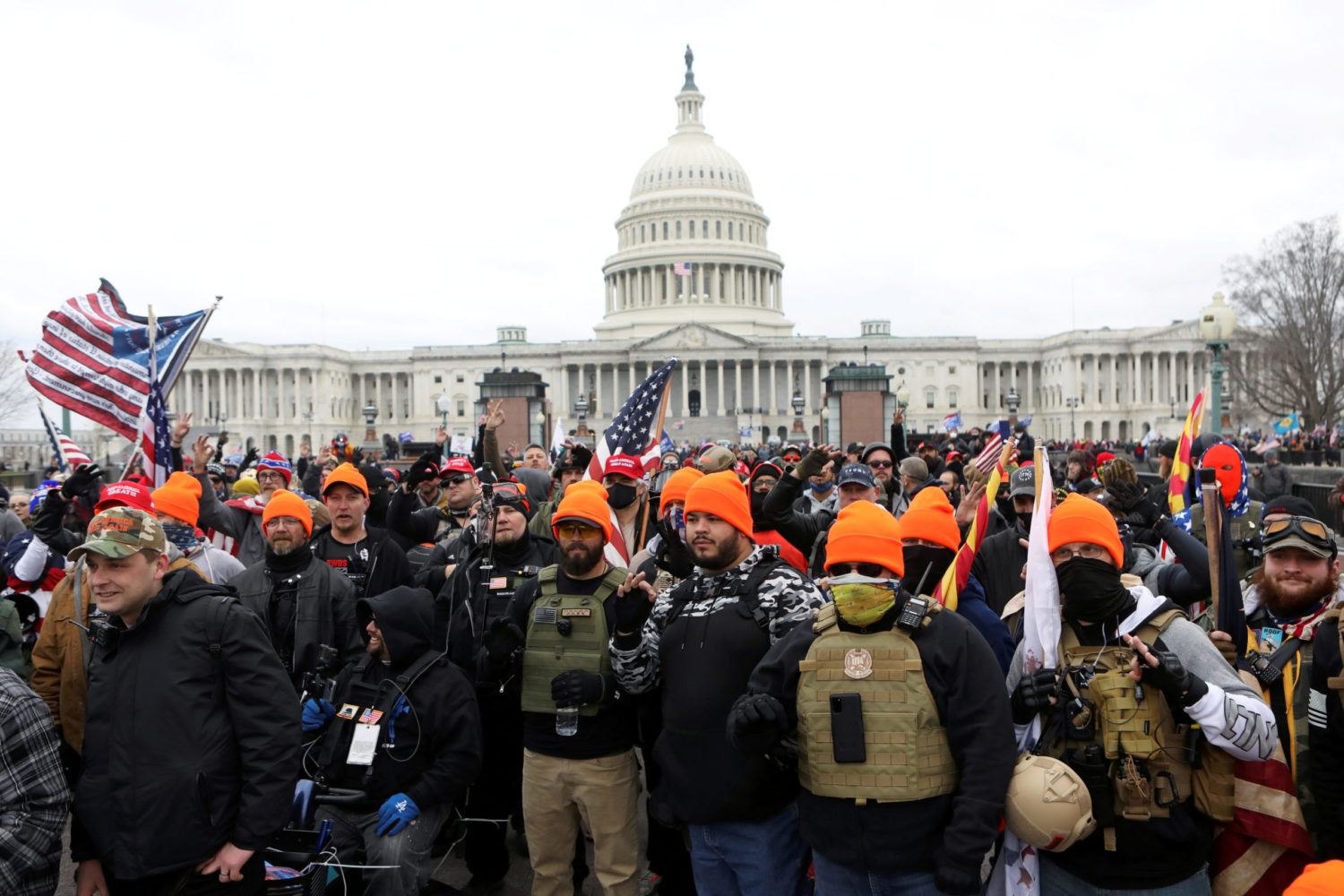 WASHINGTON (Reuters) – The FBI on Wednesday arrested a Florida-based member of the right-wing Proud Boys group for his alleged role in breaching the U.S. Capitol on Jan. 6, the Justice Department said.

Joseph Randall Biggs, 37, is due to make his initial appearance in a federal court in Orlando on charges of corruptly obstructing an official proceeding before Congress, unlawful entry, and disorderly conduct.

He is the latest person in a growing number of people with ties to the Proud Boys to face charges surrounding the attack.

According to the criminal complaint, the FBI said Biggs actively encouraged members to travel to Washington, D.C., and communicated directly with the group’s leader Enrique Tarrio. Tarrio was arrested prior to the riots on charges of destruction of property and possession of a firearm magazine.

The FBI said that Biggs and fellow Proud Boy Dominic Pezzola can be seen in video footage entering the Capitol, with Pezzola breaking a window. Later, Biggs tells the camera “this is awesome,” according to the complaint.

Pezzola, who was arrested on Jan. 15, also faces charges.

More than 100 people have been arrested so far in connection with the Capitol riots, a figure prosecutors expect will grow significantly as the FBI continues to analyze more than 200,000 photos and videos.

On Tuesday, prosecutors alleged that three members of the Oath Keepers militia had conspired to breach the Capitol, and released text messages which made reference to trapping members of Congress in the tunnels beneath the Capitol and gassing them.

Prosecutors are also focused on tracking down people who assaulted police or members of the press.

Patrick Edward McCaughey III, who was pictured in a video in which a Washington, D.C., police officer was pinned with a riot shield, is due in federal court in Manhattan on Wednesday on charges of assaulting police.

McCaughey can be heard in the video telling officers to not resist the rioters, according to the criminal complaint.

“You see me. Just go home. Talk to your buddies and go home,” he allegedly said. 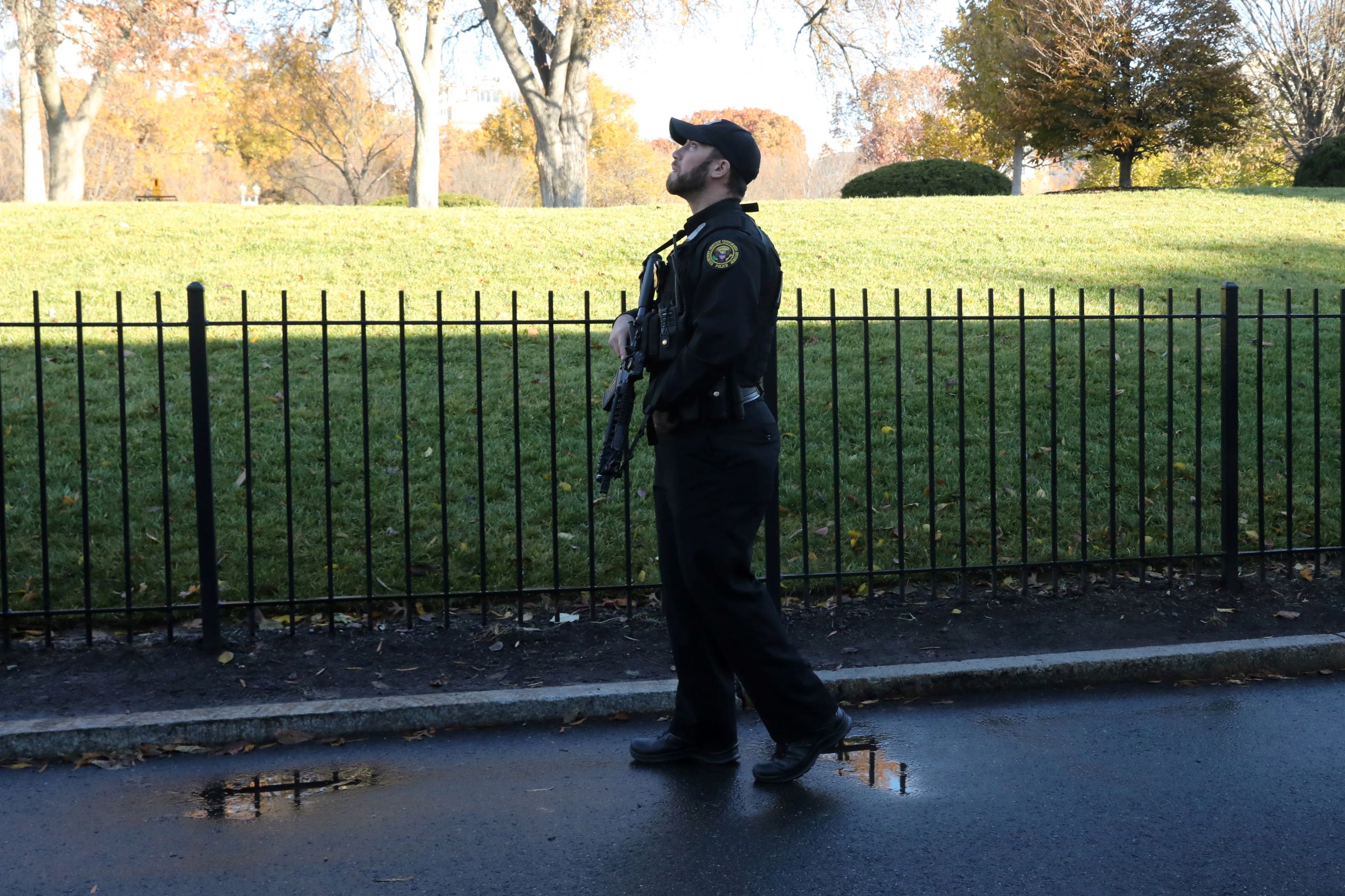 WASHINGTON (Reuters) – The White House and U.S. Capitol were temporarily locked down on Tuesday after an air space violation in the area.

Nearby roads were closed and no one was allowed into the compounds, which were reopened after a short period.

Military fighter jets responded to the incident but the aircraft was deemed not to be a threat. “Plane is not considered hostile at this time,” a Pentagon spokesman said.

Security lockdowns are not uncommon around the White House. The Secret Service had no immediate comment. 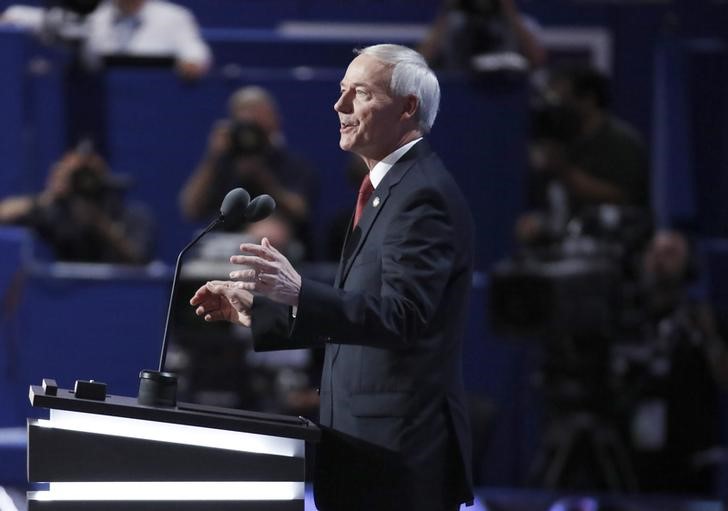 LITTLE ROCK, Ark. (Reuters) – Lawmakers in the Republican-controlled Arkansas legislature sent a measure to the governor on Wednesday that expands the number of places where permit holders can carry concealed weapons in the state, including the Capitol building.

Republican Governor Asa Hutchinson has said he will sign the bill that has been backed by national gun-rights groups.

The measure authorizes anyone with a state-issued gun permit who obtains a few hours of additional firearms training to carry a concealed handgun on commercial premises, sporting events and in government buildings, where the weapons were previously banned.

Courtrooms and prisons are exempt, as are public schools. Churches and bars can choose to prohibit guns, but must post a notice to that effect on their doors.

The bill started out in the legislature as a measure that would have allowed the carrying of handguns onto state college campuses under certain conditions, with backers saying armed and trained civilians could help prevent a mass shooting on campus.

The bill was met with near unanimous opposition by college administrators and campus police departments, who said it endangered student safety.

The bill was altered and became the bill sent to the governor.

Eight other states allow concealed weapons on campus, and a ninth, Tennessee, permits licensed faculty to do so, according to the National Rifle Association.

The minimum age to obtain a concealed weapons permit in Arkansas is 21 unless the applicant is a member of the armed services. Almost 220,000 of Arkansas’s approximately 3 million residents have active concealed carry permits. 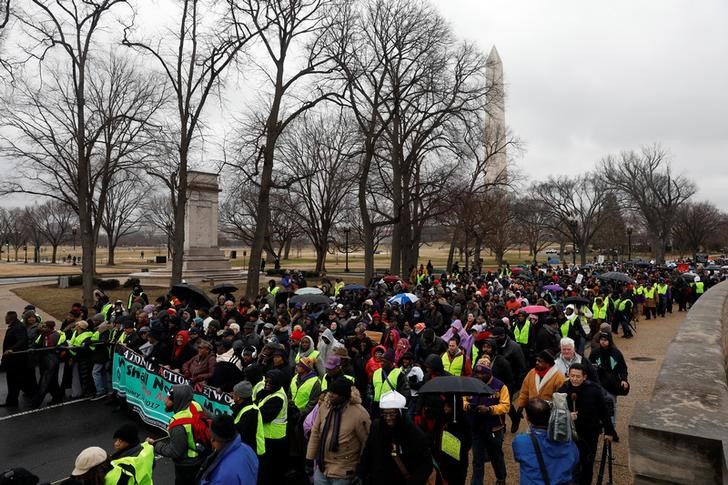 By Ian Simpson and Joseph Ax

WASHINGTON/NEW YORK (Reuters) – Washington turned into a virtual fortress on Thursday ahead of Donald Trump’s presidential inauguration, while thousands of people took to the streets of New York and Washington to express their displeasure with his coming administration.

Some 900,000 people, both Trump backers and opponents, are expected to flood Washington for Friday’s inauguration ceremony, according to organizers’ estimates. Events include the swearing-in ceremony on the steps of the U.S. Capitol and a parade to the White House along streets thronged with spectators.

The number of planned protests and rallies this year is far above what has been typical at recent presidential inaugurations, with some 30 permits granted in Washington for anti-Trump rallies and sympathy protests planned in cities from Boston to Los Angeles, and outside the U.S. in cities including London and Sydney.

The night before the inauguration, thousands of people turned out in New York for a rally at the Trump International Hotel and Tower, and then marched a few blocks from the Trump Tower where the businessman lives.

The rally featured a lineup of politicians, activists and celebrities including Mayor Bill de Blasio and actor Alec Baldwin, who trotted out the Trump parody he performs on “Saturday Night Live.”

“Donald Trump may control Washington, but we control our destiny as Americans,” de Blasio said. “We don’t fear the future. We think the future is bright, if the people’s voices are heard.”

In Washington, a group made up of hundreds of protesters clashed with police clad in riot gear who used pepper spray against some of the crowd on Thursday night, according to footage on social media.

The confrontation occurred outside the National Press Club building, where inside a so-called “DeploraBall” event was being held in support of Trump, the footage showed.

“The concern is some of these groups are pro-Trump, some of them are con-Trump, and they may not play well together in the same space,” Johnson said on MSNBC.

Trump opponents have been angered by his comments during the campaign about women, illegal immigrants and Muslims and his pledges to scrap the Obamacare health reform and build a wall on the Mexican border.

The Republican’s supporters admire his experience in business, including as a real estate developer and reality television star, and view him as an outsider who will take a fresh approach to politics.

Bikers for Trump, a group that designated itself as security backup during last summer’s Republican National Convention in Cleveland, is ready to step in if protesters block access to the inauguration, said Dennis Egbert, one of the group’s organizers.

“We’re going to be backing up law enforcement. We’re on the same page,” Egbert, 63, a retired electrician from Harrisburg, Pennsylvania.

About 28,000 security personnel, miles of fencing, roadblocks, street barricades and dump trucks laden with sand are part of the security cordon around 3 square miles (8 square km) of central Washington.

A protest group known as Disrupt J20 has vowed to stage demonstrations at each of 12 security checkpoints and block access to the festivities on the grassy National Mall.

Aaron Hyman, fellow at the National Gallery of Art, said he could feel tension in the streets ahead of Trump’s swearing-in and the heightened security was part of it.

“People are watching each other like, ‘You must be a Trump supporter,’ and ‘You must be one of those liberals’,” said Hyman, 32, who supported Democrat Hillary Clinton in the November election.

Friday’s crowds are expected to fall well short of the 2 million people who attended Obama’s first inauguration in 2009, and be in line with the 1 million who were at his second in 2013.

Forecast rain may also dampen the turnout, though security officials lifted an earlier ban on umbrellas, saying small umbrellas would be permitted.

A pastor’s group was thrown out of the U.S. Capital Visitor Center for their racial reconciliation event because the theme of the event included a reference to “an appeal to heaven.”

Bishop Harry Jackson, Jr. says the action against the High Impact Leadership Coalition is calling it a clear act of religious discrimination.

“They were aware of the original theme, but it seems as they looked into things that the question of God and heaven really caused them angst,” said Jackson.

“Unfortunately, we got pushed back and we felt it was discriminatory. And there is a tinge of religious prejudice in terms of our content, our theme, our focus. We felt that we needed to continue with the meeting anyway rather than get all tied up in a back-and-forth fight with the folks at the Capitol.”

Jackson said the representatives of the Capital told them they were being forced to leave because they were referring to God.

The Washington Hilton eagerly welcomed the group and their message.

“I think the real problem for me, personally, is that first a go ahead was given and the rules were followed as we had known them at that moment. Then questions come, content is questioned … and it seemed to me that there was some angst and concern that we were a biblically based, evangelical, black, Christian group,” Jackson told the Christian Post.

“Had we been more of another religious background or more interracial or there was a sense that there was more control over the event, it may have been different. But from where I sit, it seems like religious pushback, racial concern, about how this is going to look and what our intentions are going to be. However you envision it, it’s not the welcome we want based on using a public facility and following the rules,” he said.

The U.S. Capital Visitor Center would not answer questions from the Christian Post on the situation.

An Oklahoma judge has ruled that a Ten Commandments monument is Constitutional.

The American Civil Liberties Union had filed suit against the monument claiming that it was an illegal endorsement of religion by the government.  The ACLU said that the position of the Oklahoma Capitol Preservation Commission that the monument was historical in nature was overridden by the religious message.

Judge Thomas Prince sided with the OCPC.  He said that the monument served a historical purpose witting among 51 other expressive monuments on the Capitol grounds.

“Today’s ruling is a clear message that the Ten Commandments can be displayed on public grounds like the Oklahoma Capitol because of the historical role the text has played in the founding of our nation,” said Attorney General Scott Pruitt. “The U.S. Supreme Court found constitutional a nearly identical monument in Texas. We were confident in the state’s case from the start and appreciate the court’s thoughtful consideration and ruling in the state’s favor.”

The monument, proposed by Rep. Mike Ritze in 2009 and paid for completely by Ritze, had no taxpayer dollars involved in the creation or placement.