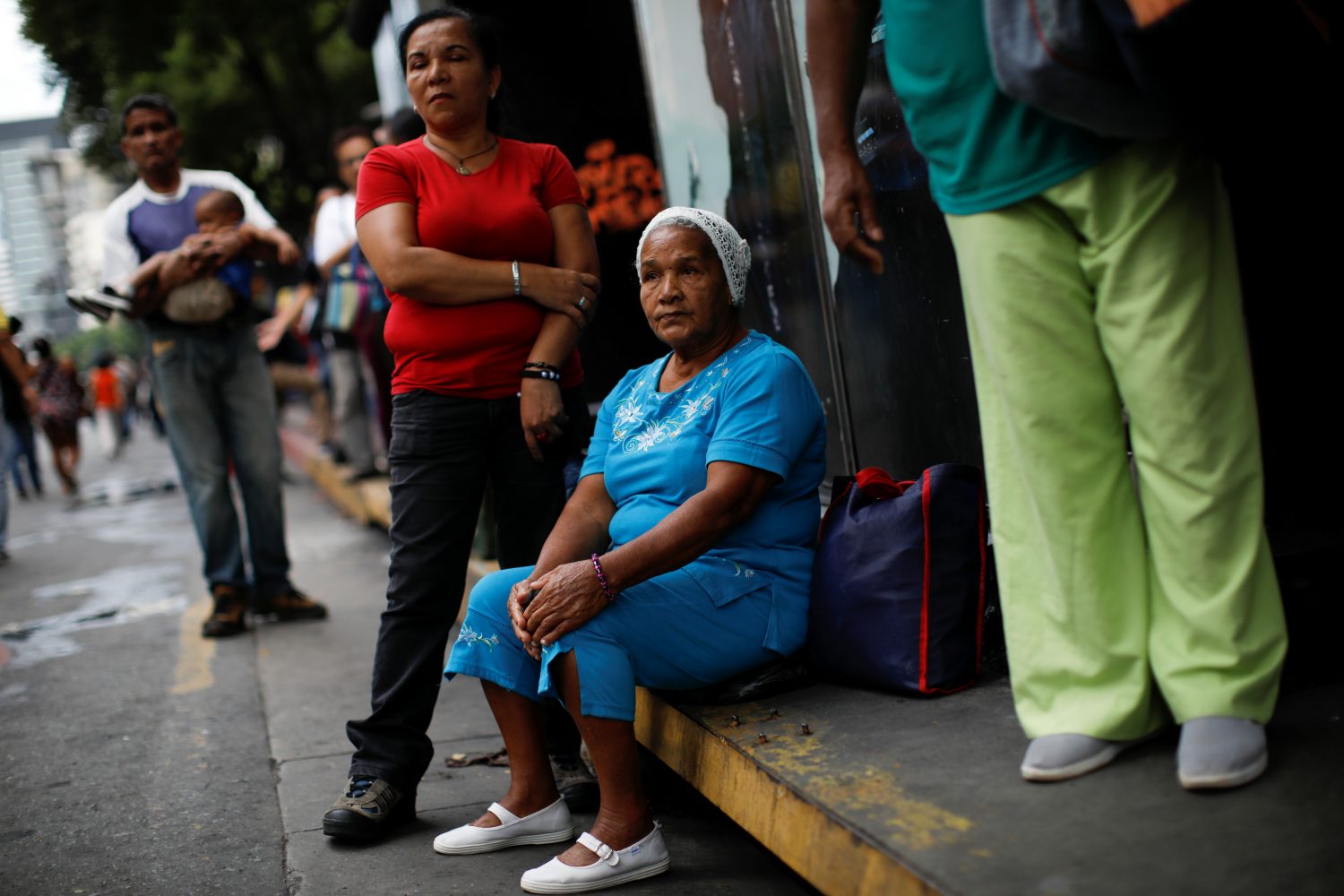 CARACAS (Reuters) – More than half of Venezuela’s 23 states lost power on Monday, according to Reuters witnesses and reports on social media, a blackout the government blamed on an “electromagnetic attack.” 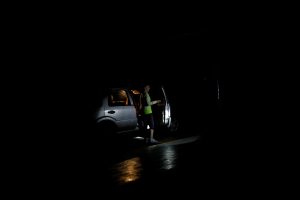 A man uses a flashlight to illuminate a woman boarding her car at a parking garage during a blackout in Caracas, Venezuela July 22, 2019. REUTERS/Carlos Garcia Rawlins

It was the first blackout to include the capital, Caracas, since March, when the government blamed the opposition and United States for a series of power outages that left millions of people without running water and telecommunications.

The blackouts exacerbated an economic crisis that has halved the size of the economy.

Venezuelan Information Minister Jorge Rodriguez said the outage on Monday was caused by an “electromagnetic attack,” without providing evidence. He added that authorities were in the process of re-establishing service.

Power returned for about 10 minutes to parts of southeastern Bolivar state, site of the Guri hydroelectric dam – the source of most of Venezuela’s generation – but went out again, according to a Reuters witness. Electricity was still out throughout Caracas.

“It terrifies me to think we are facing a national blackout again,” said Maria Luisa Rivero, a 45-year-old business owner from the city of Valencia, in the central state of Carabobo.

“The first thing I did was run to freeze my food so that it does not go bad like it did like the last time in March. It costs a lot to buy food just to lose it,” she said.

The oil-rich country’s hyperinflationary economic crisis has led to widespread shortages in food and medicine, prompting over 4 million Venezuelans to leave the country.

Venezuela’s national power grid has fallen into disrepair after years of inadequate investment and maintenance, according to the opposition and power experts.

“These blackouts are catastrophic,” said 51-year-old janitor Bernardina Guerra, who lives in Caracas. “I live in the eastern part of the city and there the lights go out every day. Each day things are worse.”

(Reporting by Tibisay Romero in Valencia, Deisy Buitrago in Caracas, and Maria Ramirez in Puerto Ordaz ; Writing by Angus Berwick and Sarah Kinosian; Editing by G Crosse and Peter Cooney) 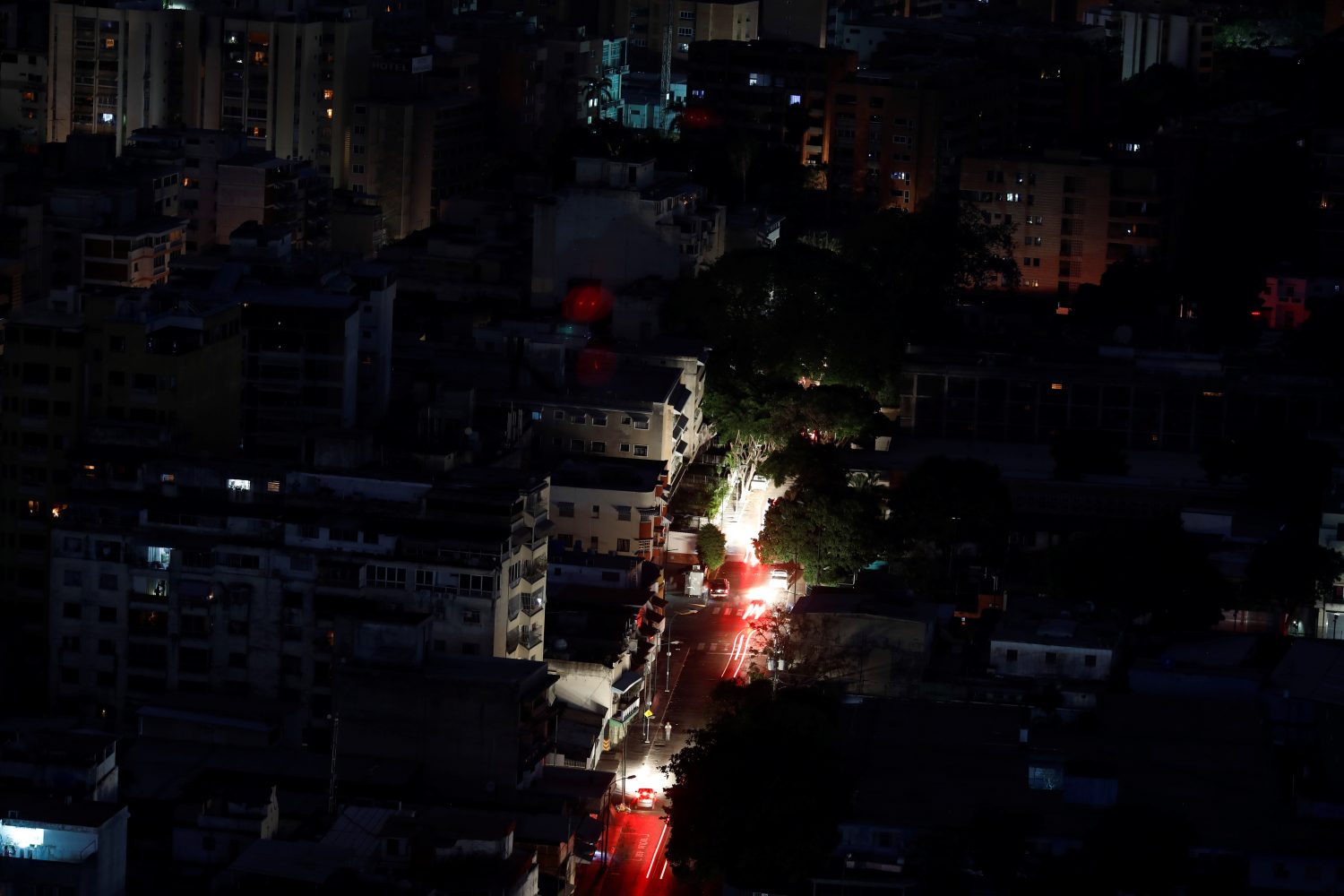 By Tom Balmforth and Maxim Rodionov

MOSCOW (Reuters) – Russia said on Thursday it had sent “specialists” to Venezuela under a military cooperation deal but said they posed no threat to regional stability, brushing aside a call from U.S. President Donald Trump to remove all military personnel from the country.

Trump said on Wednesday that “all options” were open to make Russia pull troops out of Venezuela after two Russian air force planes landed outside Caracas on Saturday carrying nearly 100 Russian troops, according to media reports.

As Venezuela has descended into political turmoil this year, Russia has emerged as a staunch backer of President Nicolas Maduro while the United States backs the country’s opposition and has imposed sanctions.

Venezuela’s military attache in Moscow said on Thursday Russia had sent “servicemen” to Venezuela, but that they would not take part in military operations, Interfax news agency reported.

“The presence of Russian servicemen in Venezuela is linked to the discussion of cooperation in the military-technical sphere,” Jose Rafael Torrealba Perez was quoted as saying.

“Russia is not changing the balance of power in the region, Russia is not threatening anyone, unlike (officials) in Washington,” she told a weekly news briefing.

“Russian specialists have arrived in Venezuela in line with the provisions of a bilateral inter-government agreement on military-technical cooperation. No one canceled this document,” Zakharova said.

Russia and China have backed Maduro, while the United States and most other Western countries support opposition leader Juan Guaido.

Maduro, who retains control of state functions and the country’s military, has said Guaido is a puppet of the United States.