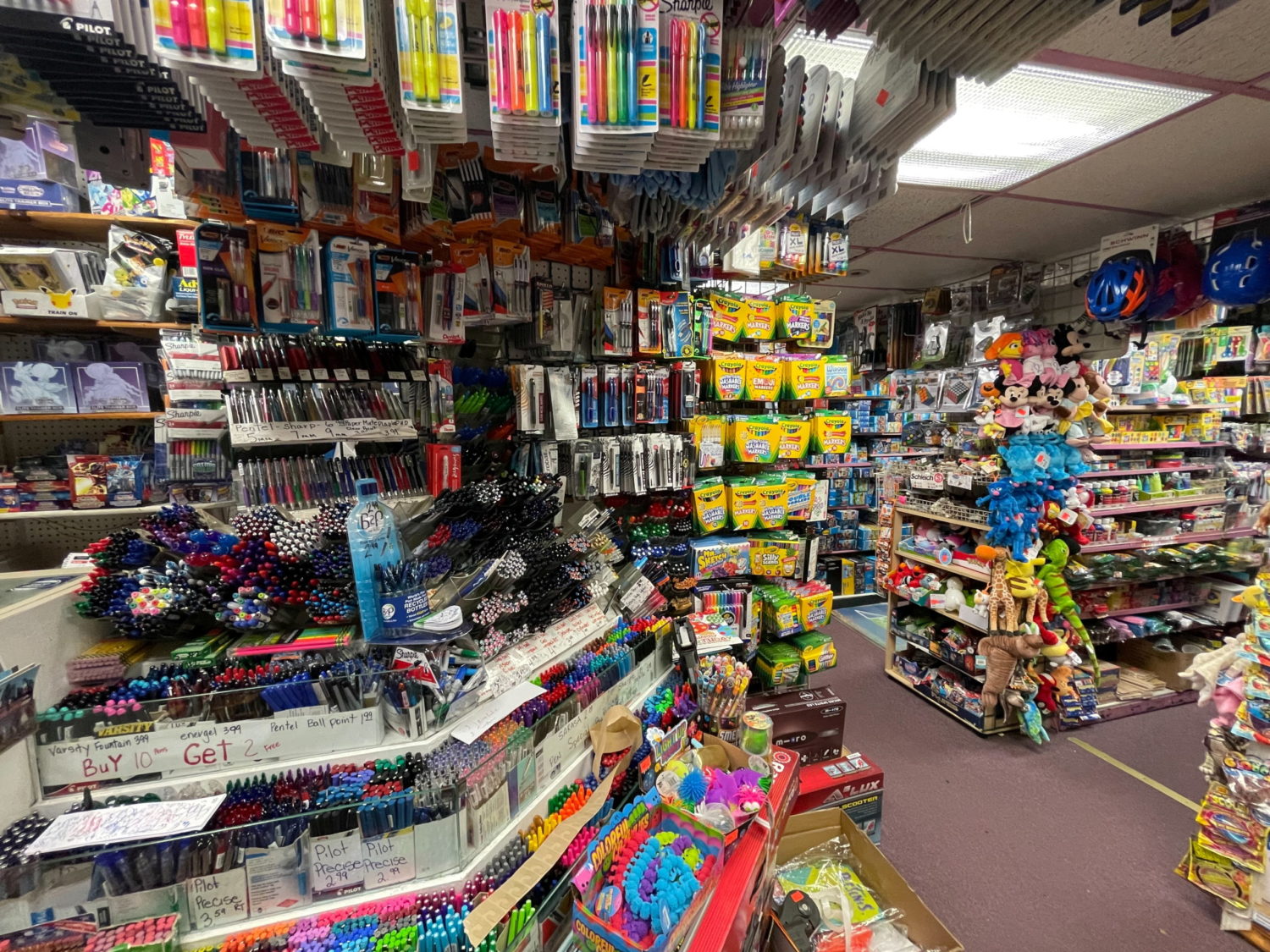 By Lisa Baertlein and Joyce Philippe

LOS ANGELES/NEW YORK (Reuters) -At Stationery and Toy World, a family-owned shop in New York’s Upper West Side, manager Gary Rowe is having difficulty getting all the pens and folders he ordered for the important back-to-school season.

His usual vendors have low stocks of Pilot’s erasable FriXion pens and Paper Mate Flair marker pens – and prices are high on stationery and other in-demand school supplies.

And Rowe is not alone, retailers are navigating a storm of challenges – higher production costs, cargo delays from China and other Asian countries, and sky-high shipping rates – as they gear up for the industry’s second-biggest selling season.

“I’m hoping that when everything catches up, we get more stock,” Rowe said at his store packed wall-to-wall with a colorful array of pens and markers. “Business has been really slow.”

After a year of keeping their kids at home, parents are eager for classes to start again.

Stimulus checks and advance child tax credits from U.S. President Joe Biden’s administration are expected to boost sales of back-to-school merchandise, especially shoes and clothing, following last year’s outlays on laptops, headphones and other equipment for remote learning. The National Retail Federation expects total back-to-school spending to rise 6.4% to $108.1 billion this year. Average spending for all age groups is forecast to be $2,049, up 10.8%.

Some – most likely bigger retailers – will have stored away backpacks and other products from last year that did not sell, said Matt Kramer, KPMG’s consumer and retail national sector leader. “I think they’re being very careful about giving further discounts as their inventory starts to dwindle,” Kramer said.

Macy’s worked to bring in denim clothes, school uniforms and small electronics, Chief Financial Officer Adrian Mitchell said at a recent investor conference. “We believe it’s better to potentially lose a sale due to the lack of supply than to over buy and have markdown merchandise at higher rates,” Mitchell said.

Target started putting backpacks on its sales floors much earlier this year, around the end of May, a month or more earlier than usual, data firm StyleSage said. Target told Reuters the introduction was inline with other years, and that it is working with partners to manage and move inventory faster than ever.

Rose said he is usually finished bringing such products in by May or June – at the latest.

Overall, retailers so far have marked down a smaller proportion of backpacks, and discounts are smaller on average, according to the data firm StyleSage. It sees similar patterns in other clothing categories.

Experts say back-to-school may offer a preview of what to expect at Christmastime as retailers pare offerings to limit risk. 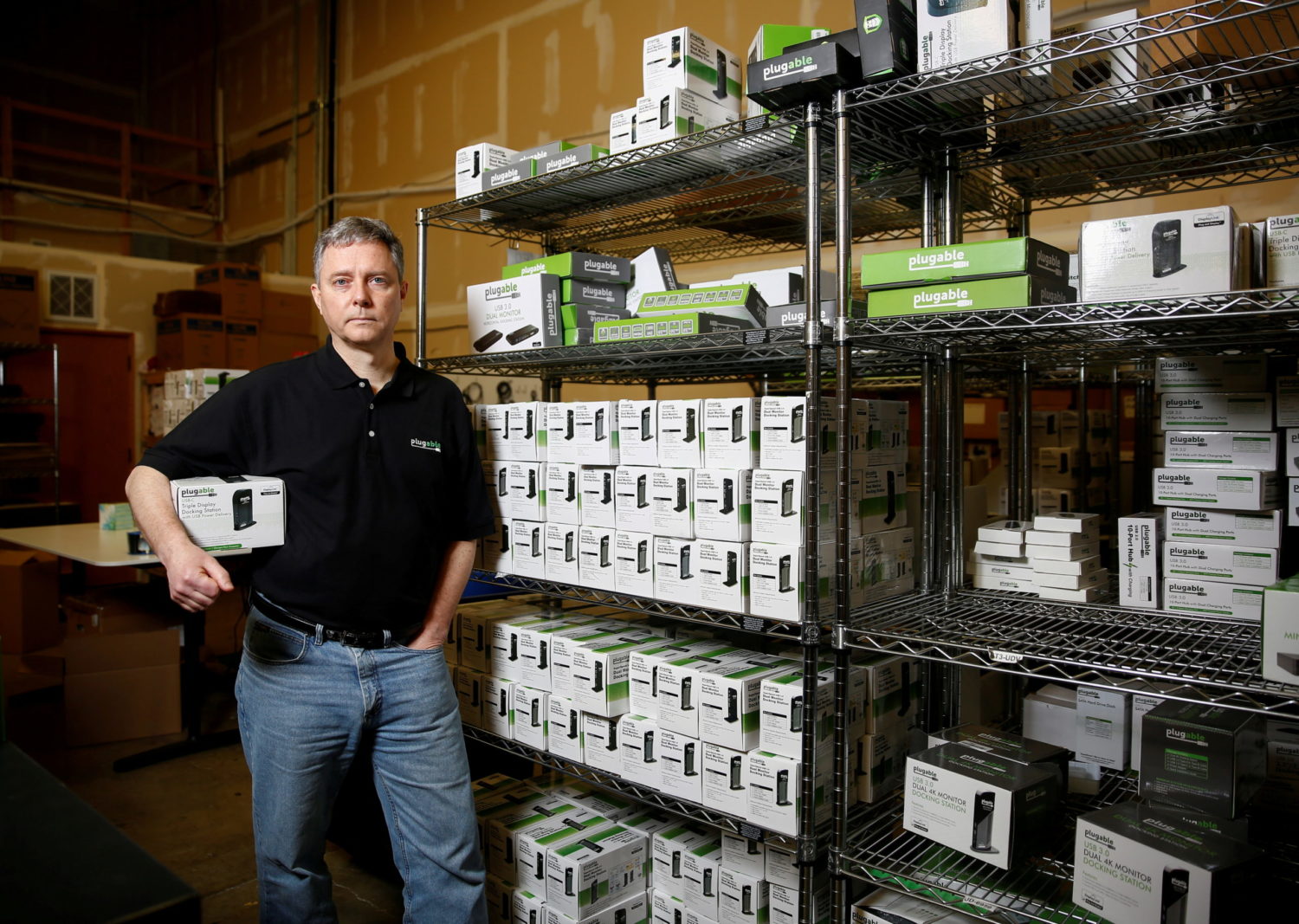 By Lisa Baertlein and Jonathan Saul

Reuters surveyed nearly a dozen suppliers and retailers of everything from toys to computer equipment in the United States and Europe. All expect weeks-long delays in holiday inventory due to shipping bottlenecks, including a global container shortage and the recent COVID-related closure of the southern Chinese port of Yantian, which serves manufacturers near Shenzhen.

The risk for retailers is a rash of out-of-stock items just as shoppers are ready to open their wallets to splurge on toys, clothing and other merchandise.

His company has toys stuck in hundreds of containers at the Yantian port. If he can’t get enough inventory for his retail clients, “it’s going to hurt the Christmas sales big time,” Larian said.

The shipping logjams are due to more than just the backlog in Yantian, which is considered Amazon’s No. 1 Chinese seaport, – accounting for 32.4% of shipments handled by the e-commerce company in the three months to May 31, according to S&P Global Market Intelligence’s trade data firm Panjiva.

While Yantian port reopened on June 24, a shortage of containers was still constraining full activity, globally cargo ships are overbooked, containers are stranded in the wrong places, and ports are congested.

Products are piling up on factory floors, in warehouse parking lots, on seaport docks and at rail yards – threatening more backups than last year’s holiday “shipageddon,” when many items arrived after Christmas.

Amazon and other retailers did not respond to requests for comment.

Retailers generally are selling goods as fast as they can bring them in, said Jason Miller, associate professor of supply chain management at Michigan State University’s Eli Broad College of Business.

“Their sales are so high right now that they’re unable to build inventory levels up substantially,” said Miller.

If that torrid clip continues, retailers – excluding auto-related operators – would have to add about $65.1 billion in inventories to be in the same pre-holiday inventory-to-sales position they were in 2019, he said.

Clothing sellers are looking at air freight as an option – including  PVH Corp, which owns the Tommy Hilfiger and Calvin Klein brands.

Christmas-themed inventory “might be here for Thanksgiving weekend – and it might not be,” said Balsam Hill CEO Mac Harman, who sells high-end artificial Christmas trees and other holiday décor. Some of his orders from China may not arrive in time for his July sales kickoff – or even by Christmas, he said.

“We’re hundreds of containers behind where we should be at this point,” he said, with at least 10% fewer products in stock.

Michael Shah, CEO of British-based Easy Equipment, which supplies catering equipment across the United Kingdom, is racing to bring goods in early after already contending with containers held up in China.

“We are already starting to order more stock now knowing that by September-October, we have to be prepared,” Shah said. “It gets busy in the run-up to Christmas with the restaurant trade, and we are having to bite the bullet and try and rush in stock.”

Carly McGinnis, head of production, sales and logistics at Exploding Kittens, wants to make sure major retailers such as Walmart and Target don’t run out of its games. The Los Angeles-based company is making more games this year and began shipping holiday orders in March, about four months earlier than in 2020.

She also gives Walmart  and Target the option to import some of their own orders. Because the two retailers are among the top U.S. importers of containerized goods, they may get priority access to containers and space on cargo ships.

“I’ve told our investors, and my internal team, something will be out of stock – there will be an issue. I don’t know when and I don’t know what it will be, but it’s certainly going to happen,” McGinnis said.

Meanwhile, Bernie Thompson said he has abandoned hope for a holiday restock of laptop docking stations and some other computer equipment he sells  via Amazon and other retailers. That’s because it can take more than 12 months to get some of his top-selling products, which rely on hard-to-find computer chips.

(Additional reporting by James Davey in London, Anna Ringstrom in Stockholm and Muyu Xu in Beijing; Editing by Nick Zieminski)