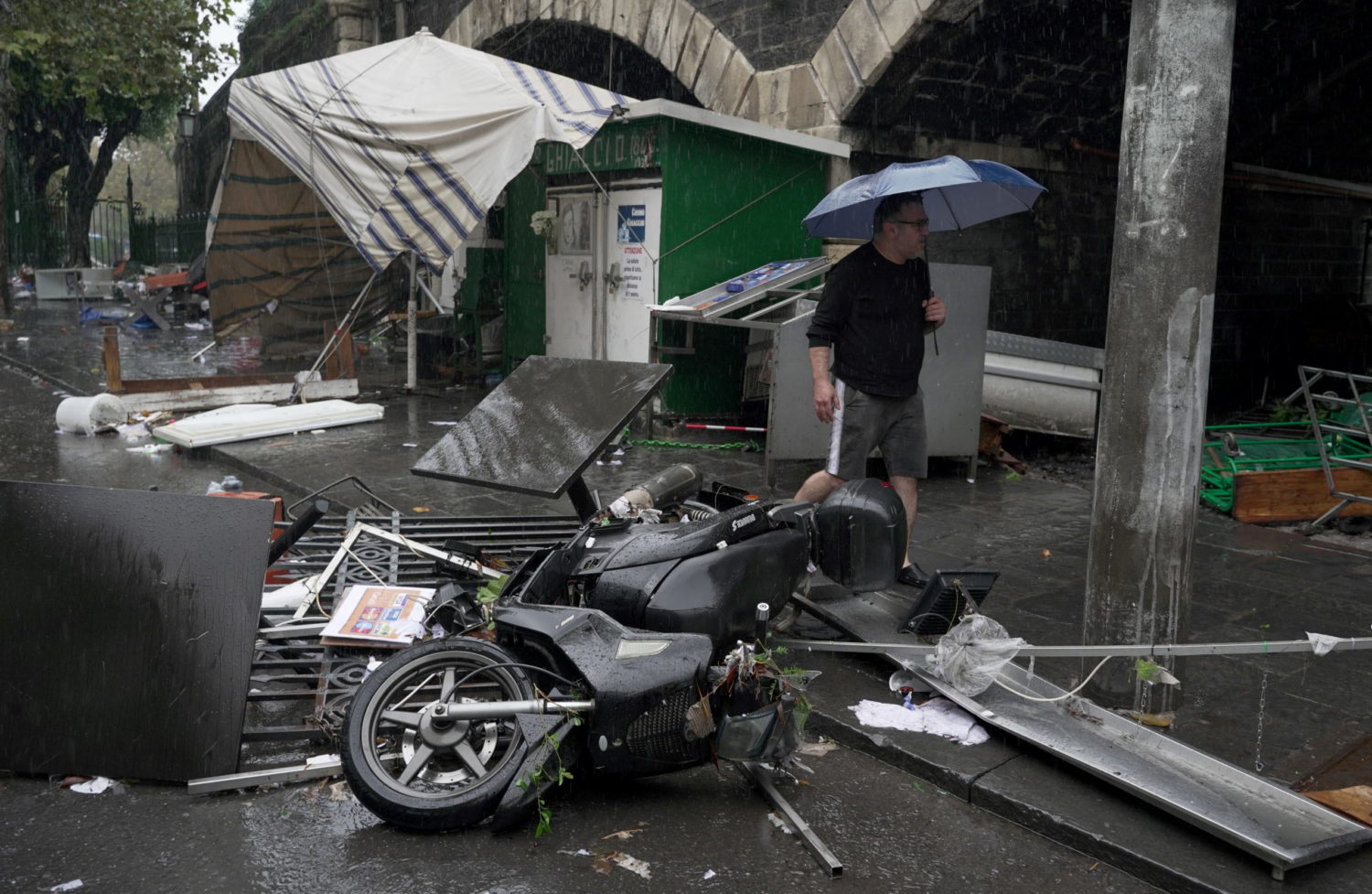 CATANIA, Italy (Reuters) – A powerful cyclonic storm hit the southern Italian island of Sicily on Tuesday causing widespread flooding around the city of Catania, turning streets and squares into rivers and lakes and causing at least two deaths, rescuers said.

A spokesman for the Misericordia group of volunteers, who are helping police and firefighters, said the body of a man was found under a car amid torrential rains sweeping the town of Gravina, north of Catania.

Contacted by Reuters, police confirmed the death without providing details.

On Monday, a 67-year-old man died after his car was hit by rising waters and mud. His wife was still missing.

The rain has inundated some of Catania’s most famous streets and squares, causing a blackout in the city center and flooding shops. Schools have been closed in the city and in a number of nearby towns.

“The emergency situation is widespread and extremely critical and it does not seem to be improving,” a spokesman for the firefighters said.

Italian weather site Ilmeteo.it said parts of Sicily and the adjacent toe of Italy, Calabria, were being pounded by a rare tropical-like cyclone known as a medicane, and the sea was 8 degrees Celsius warmer than the average for this time of year.

The storm was expected to peak between Thursday and Friday, it said.

(Reporting by Antonio Parrinello in Catania and Angelo Amante in Rome; Editing by Nick Macfie) 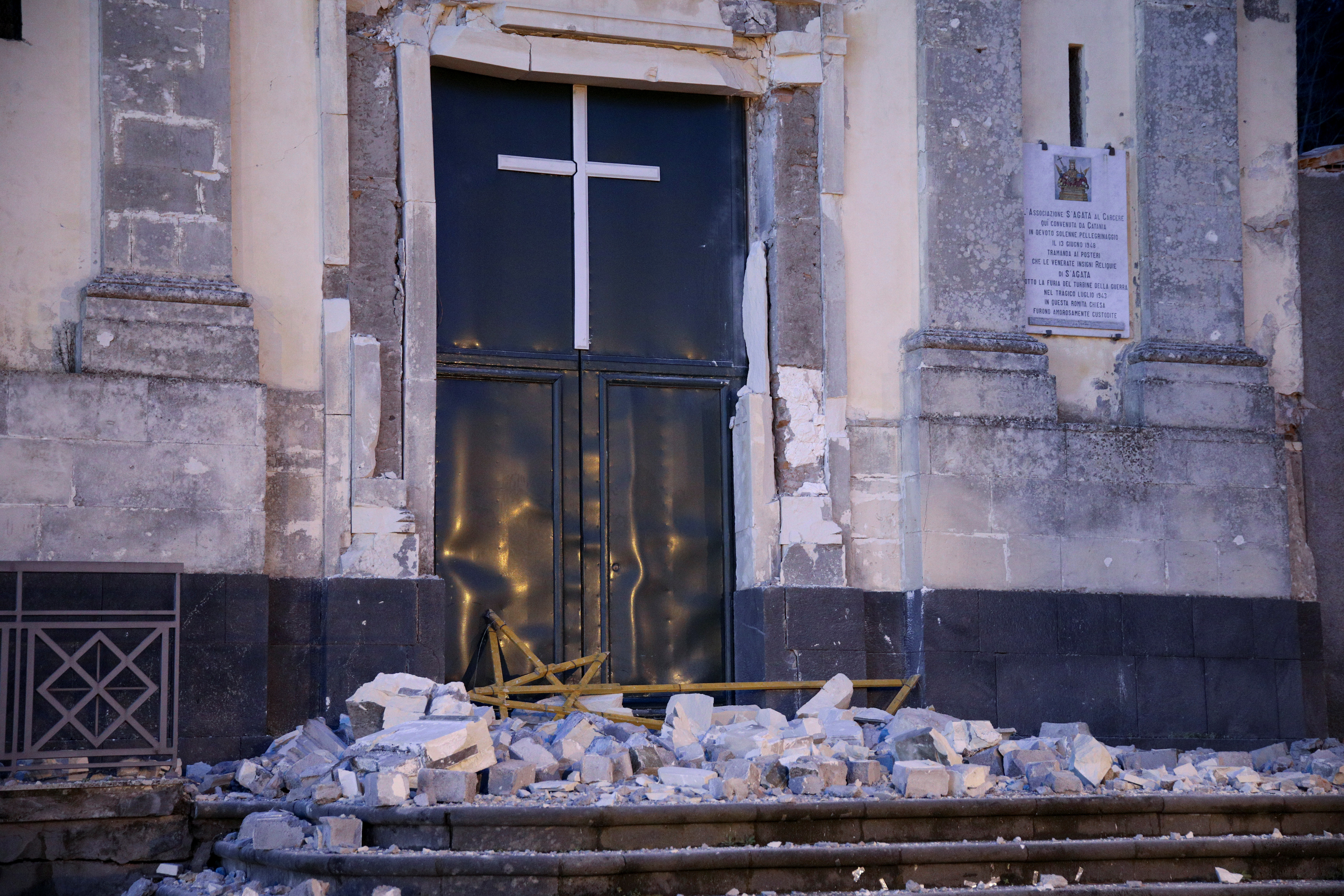 CATANIA, Italy (Reuters) – An earthquake with a magnitude of 4.8 hit an area north of Catania on the slopes of Mount Etna in Sicily early on Wednesday, damaging buildings and injuring about 30 people, officials said. 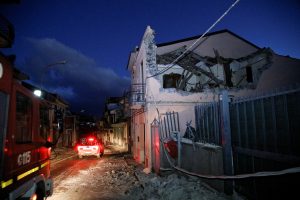 Fire fighters are seen next to a house damaged by an earthquake, measuring magnitude 4.8, at the area north of Catania on the slopes of Mount Etna in Sicily, Italy, December 26, 2018. REUTERS/Antonio Parrinello

It occurred two days after Etna, Europe’s highest and most active volcano, erupted, sending a huge column of ash into the sky and causing the temporary closure of Catania airport on Sicily’s eastern coast.

The earthquake hit at 3:19 a.m. (0219 GMT), prompting many people to run out of their homes and sleep in cars. It was felt strongly because its epicenter was a relatively shallow one kilometer deep, officials said.

Television footage showed damage to older buildings in the towns of Santa Venerina and Zafferana Etnea. Several of the area’s centuries-old churches appeared to suffer the most damage. They were empty at the time of the quake.

About 30 people suffered injuries, mostly from falling masonry as they fled from their homes, officials said. About 10 were taken to hospital by ambulances, the others were taken by friends and family members. None of the injuries were serious. 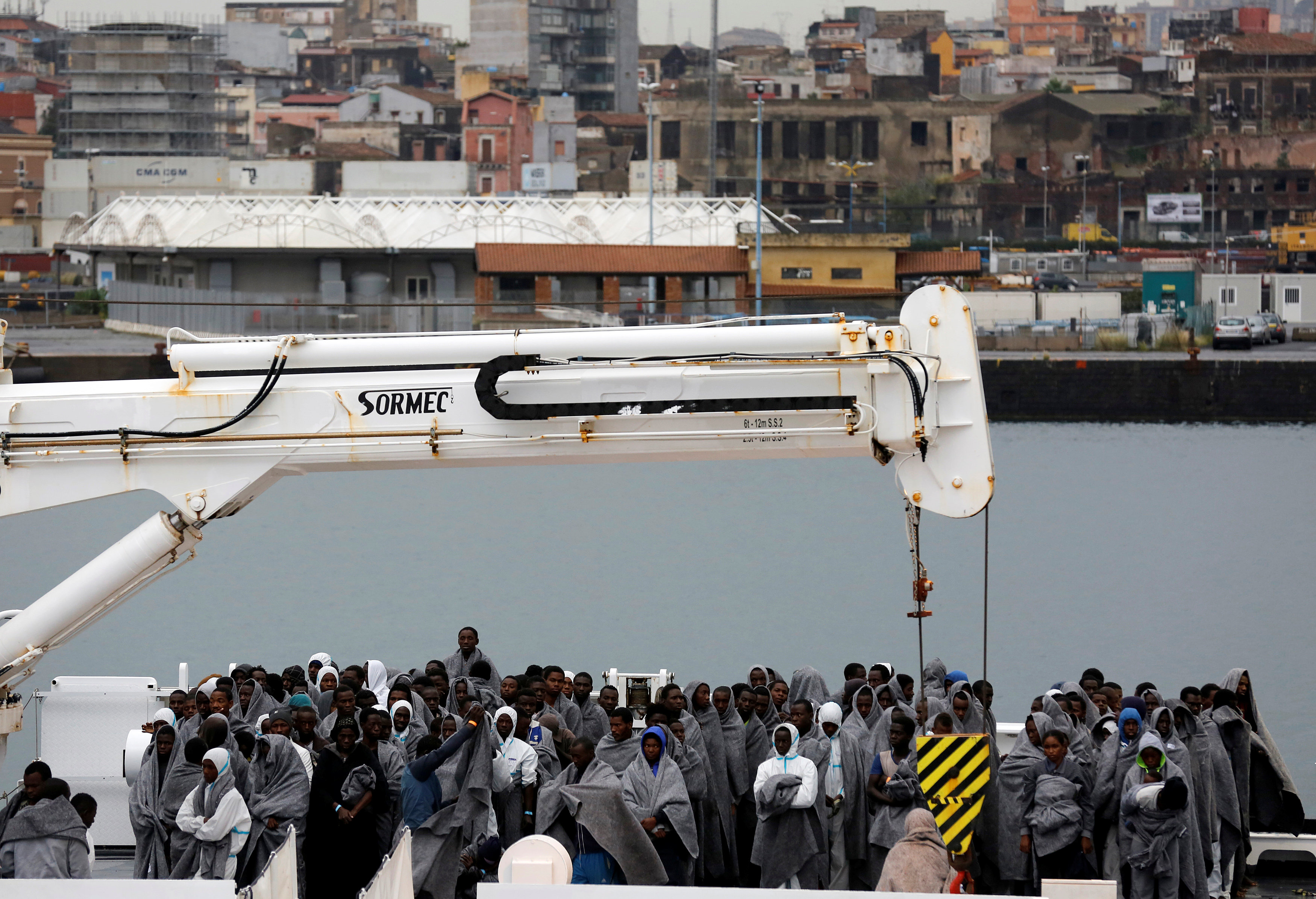 CATANIA, Italy (Reuters) – Almost 500 migrants arrived at the port of Catania on Wednesday after being rescued earlier this week near the coast of Libya, with the influx of refugees heading to Europe showing no signs of slowing.

Hundreds of migrants, mostly men from sub-Saharan Africa, huddled under gray blankets on the deck of the Italian coast guard vessel Diciotti as they started to disembark in pouring rain.

A second ship, the Aquarius, operated by the non-governmental group SOS Mediterranee, was due to dock at an Italian port in the next two days carrying some 120 migrants and the bodies of nine people who died trying to make the perilous Mediterranean crossing.

Mathilde Auvillain, a spokeswoman for SOS Mediterranee aboard the Aquarius, said that among the migrants were a group of 23 people who were plucked from the sea on Tuesday by an oil tanker after their rubber boat started to sink.

Four bodies were recovered from the scene, but many more were believed to have drowned, with survivors saying that 122 people had been on the boat when it left Libya.

Some 167,000 migrants have reached Italy by boat so far this year, exceeding the total for all of 2015 which stood at 154,000. The death toll in the Mediterranean has surged this year to more than 4,270 compared to 3,777 in 2015, according to the International Organization for Migration.

While last year departures dropped off from October as the weather conditions worsened, this year the decline has been less pronounced, Interior Ministry data show.