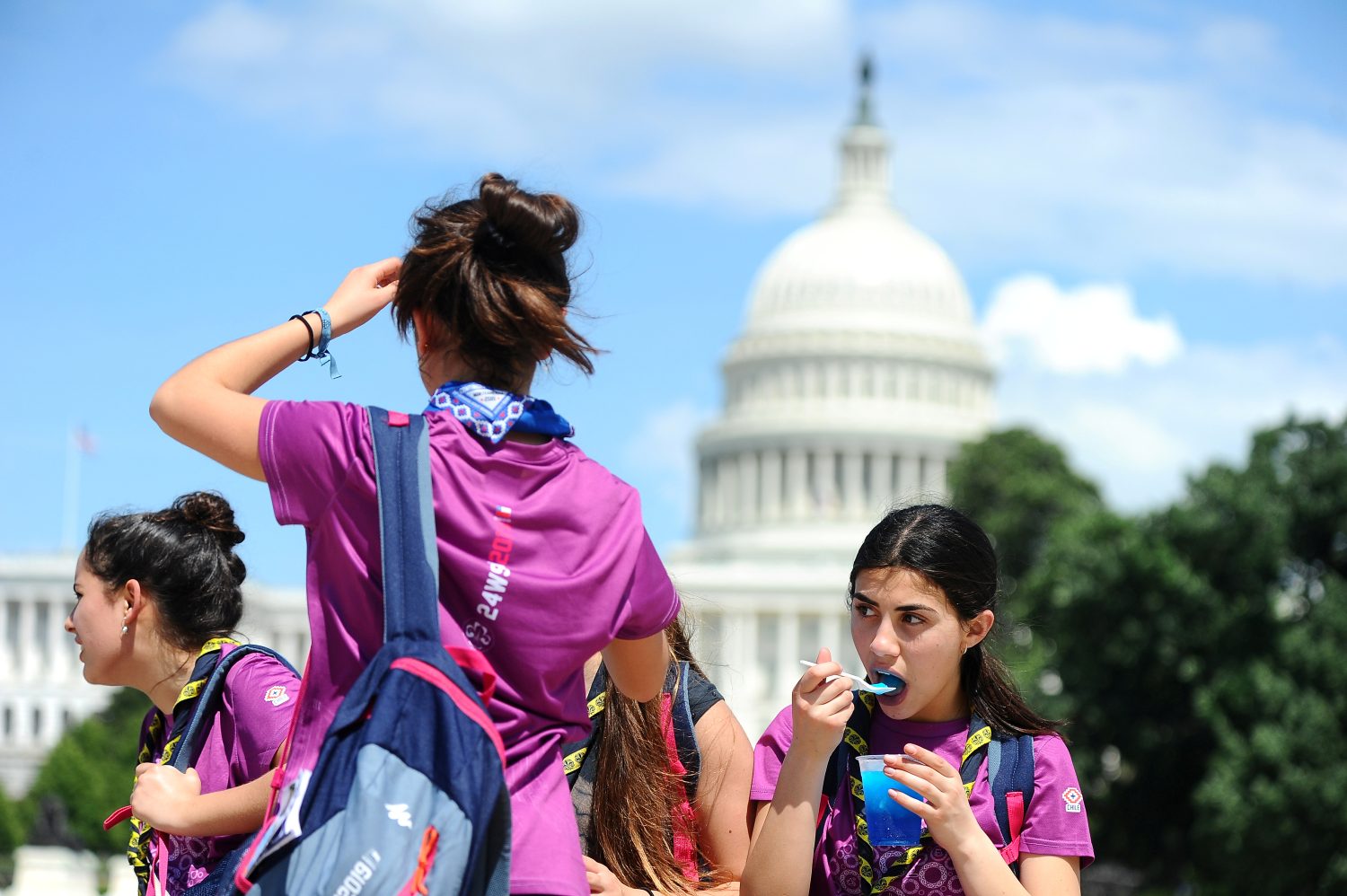 NEW YORK (Reuters) – A massive heat wave that has enveloped the U.S. Midwest pushed into the Northeast on Friday, ushering in temperatures that could top 100 degrees Fahrenheit (38&deg;C) in Washington, D.C., and leading utilities to take steps to prevent power outages.

The huge blob of warm air is likely to blanket the region, home to a third of the U.S. population, through Sunday with little overnight relief, said meteorologist David Roth of the National Weather Service’s Weather Prediction Center.

“There are 124 million people under a heat advisory or excessive heat warning – that’s a third of the population,” Roth said.

As of Friday, the heatwave sprawled from Kansas to the Atlantic Coast, and from South Carolina north to Maine. It was expected to intensify on Saturday and Sunday.

Utilities in the eastern half of the United States expect to have enough resources to meet power demand on Friday but asked consumers to turn down air conditioners to avoid putting stress on the system, which could cause outages.

“I’m very confident,” Consolidated Edison Inc President Tim Cawley said when asked at a press conference in New York, if the utility, which serves New York City, could quickly respond to any outages in the country’s largest city. He said 4,000 employees were poised to work 12-hour shifts over the weekend.

On Saturday, parts of Manhattan lost power for hours, darkening Broadway theaters and closing restaurants and shops in a partial blackout blamed on a faulty piece of equipment.

There were no major outages Friday morning anywhere in the United States, according to the PowerOutage.US website.

Temperatures on Friday were forecast to reach 100 degrees Fahrenheit in Washington, 97 degrees F in Philadelphia and 91 degrees F in New York, where it would feel more like 110 degrees F with high humidity, Roth said.

To keep cool during past heat waves, suburban children typically run under lawn sprinklers and city kids frolic in the spray of fire hydrants but the New York City Fire Department warned special spray caps that firehouses hand out should be used to avoid creating a hazard.

“If you open a fire hydrant without these caps, you endanger your neighbors because the water pressure drops and our firefighters are not able to fight fires,” FDNY Commissioner Daniel Nigro said on social media.