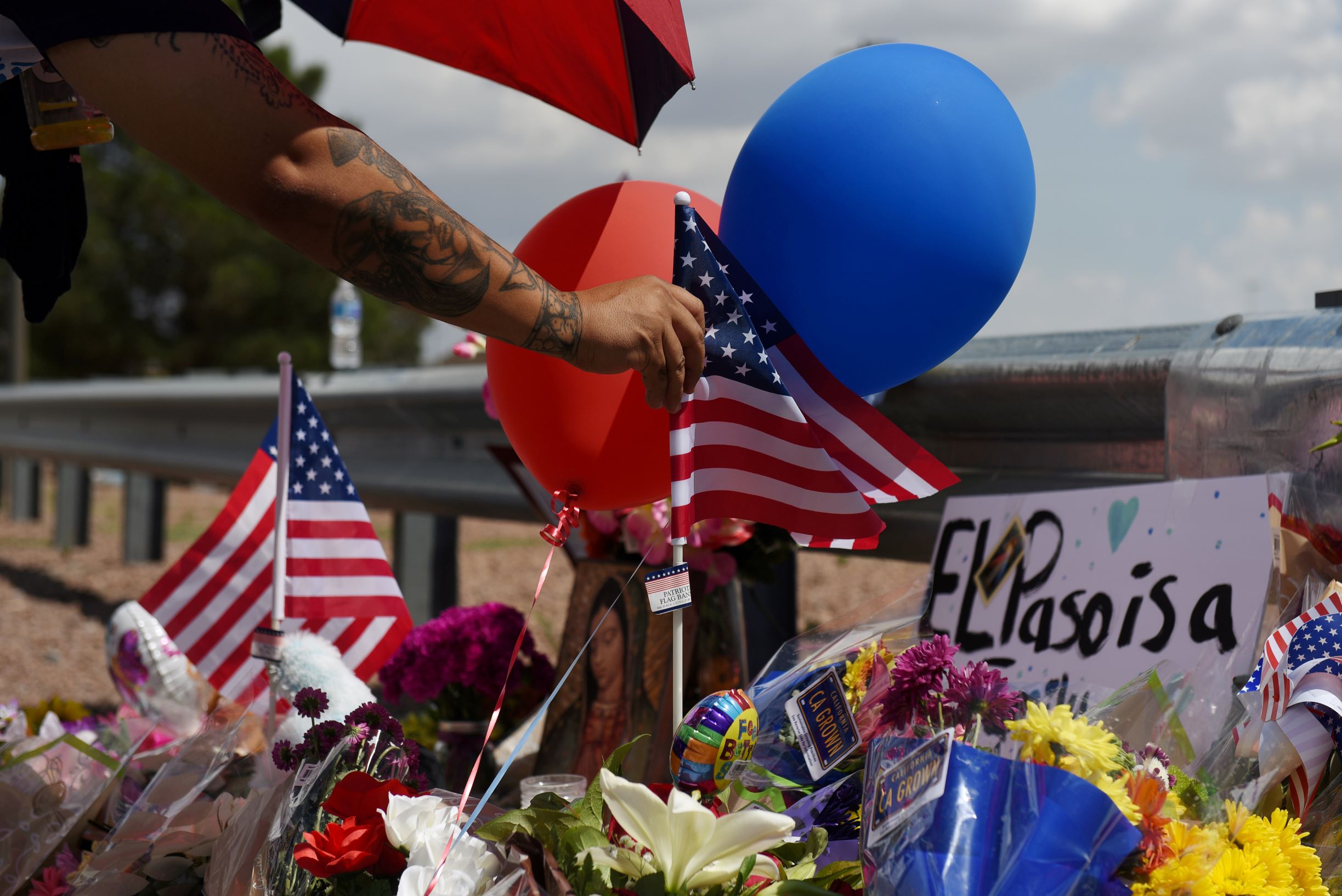 WASHINGTON (Reuters) – More than 100 chief executives of some of the nation’s most well-known companies on Thursday called on the U.S. Senate to take action to tackle gun violence, including expanding background checks and strengthening so-called red flag laws, according to media reports.

In a letter to lawmakers, 145 company heads urged meaningful action following a string of mass shootings across the United States that have most recently left communities reeling in Texas, Ohio, Nevada and South Carolina.

“Doing nothing about America’s gun violence crisis is simply unacceptable and it is time to stand with the American public on gun safety,” the letter to the Republican-led U.S. Senate said, according to the New York Times, which first reported the correspondence.

“We are writing to you because we have a responsibility and obligation to stand up for the safety of our employees, customers and all Americans in the communities we serve across the country,” they said, according to the Times. The Washington Post also reported the letter.

Lawmakers have struggled to address gun violence after the 2012 killing of 26 people, including 20 children, at Sandy Hook Elementary School in Connecticut stoked the debate over gun control in America.

More mass shootings followed, including at a church in South Carolina, a music festival in Las Vegas and a high school in Florida. This summer, shootings in Dayton, Ohio, and El Paso, Texas – including in a Walmart – sparked fresh debate.

Walmart Inc and other stores have since called on patrons not to openly carry firearms in their stores, prompting protests from opponents who object to curbing gun rights.

The U.S. House of Representatives, led by Democrats, quickly took up measures addressing gun violence as lawmakers returned to Washington this week. These include three bills that seek to remove guns from people deemed a risk, ban high-capacity ammunition magazines and prohibit people convicted of violent hate crime misdemeanors from possessing firearms.

The Senate, led by President Donald Trump’s fellow Republicans, has so far stayed on the sidelines, with Senate Majority Leader Mitch McConnell looking to the White House for guidance.

On Wednesday, a bipartisan group of U.S. senators said they wanted to revive a failed 2013 bill to close loopholes in the law requiring gun sale background checks, but it remained unclear whether Trump would support it.

Polls have shown that nearly half of all Americans expect another mass shooting to happen soon in the United States. 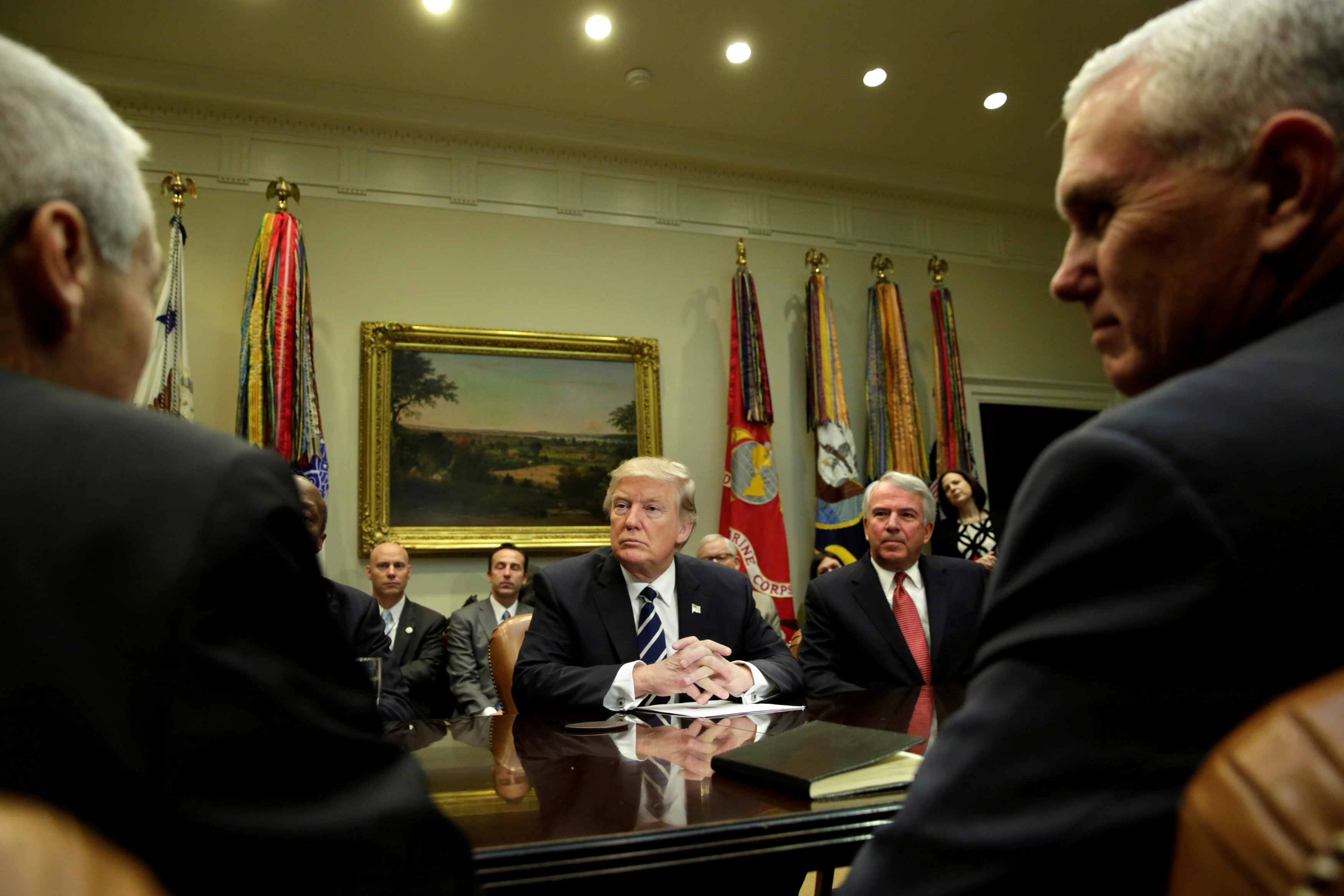 By Ginger Gibson and David Shepardson

WASHINGTON (Reuters) – When the bosses of some of the world’s largest pharmaceutical companies headed to Washington in January to meet U.S. President Donald Trump, it had all the makings of a potentially hostile meeting.

Just weeks before, Trump had sent drug stock prices plummeting after accusing the companies of “getting away with murder” by charging too much for medicines.

But the Trump who greeted chief executives of Johnson & Johnson <JNJ.N>, Novartis <NOVN.S>, Merck <MRK.N>, Eli Lilly <LLY.N>, Celgene <CELG.O> and Amgen <AMGN.O> on Jan. 31 was a surprisingly genial host who even gave them a personal tour of the Oval Office, according to several participants in the breakfast.

“There is no question that it was better than it could have been or we thought it could be,” said one industry insider familiar with the meeting.

Trump did not repeat his public attacks on the industry. Instead, he focused on “outdated” regulations that drive costs up for drugmakers, according to participants interviewed by Reuters. The CEOs left with Trump’s word that he would streamline regulations and reform the high U.S. corporate tax rate.

Since taking office on Jan. 20, Trump has held at least nine meetings with groups of business leaders, including automakers, airlines, retailers and health insurers. In early morning or late-night tweets and in speeches, Trump has lambasted many of these companies for cost over-runs, or high prices, or foreign manufacturing, often knocking down their share prices. (See the effects of Trump’s tweets on stock prices here http://tmsnrt.rs/2ibdFSF)

But Reuters interviews with nearly a dozen executives and lobbyists who have taken part in these meetings or have been briefed on them reveal a Trump who is very different from his uncompromising and demanding @realDonaldTrump Twitter handle.

When he meets the nation’s top chief executives in person, he is a mix of charm and cajoling. This Trump is flexible and inquisitive, a schmoozer who remembers birthdays and often lavishes praise on their companies, said the people, who spoke on condition of anonymity so they could freely discuss private meetings.

This private side of Trump sheds light on why many CEOs have expressed confidence that the Republican president is good for business, despite his share-denting public attacks. As recently as Tuesday, Trump tweeted he was working on a system to increase competition in the health industry and lower drug pricing, sending pharma shares lower.

In the White House meetings, Trump focuses much of his talk on cutting regulations, the sources said, underscoring one of his administration’s key priorities – getting rid of rules imposed by his predecessor Barack Obama. He typically asks which regulations are holding businesses back from adding new jobs and promises to resolve the issues, executives say.

“He said one thing for the cameras and the door shuts and then it’s like kumbaya,” said one person who was briefed on a meeting between Trump and a group of CEOs.

“He likes to be seen as engaging and buddy buddy with other big important business leaders,” said this person.

A former businessman, Trump runs his closed-door meetings with CEOs as if they were a corporate board meeting, attendees said. In contrast to his doctrinaire tweets, he likes to seek input from everyone at the table, and compared to former presidents Barack Obama and George W. Bush, conversations are less scripted.

Trump’s approach to these meetings is “one of listening and not lecturing”, said a senior White House official who has participated in industry meetings. “I’ve seen a president who is listening and asking questions to get to how he can create a thriving economy,” the official said.

An Amgen spokeswoman said Trump made it clear that he wanted to work with the company on U.S. job creation and biotech innovation. Representatives of the other drugmakers declined to comment.

SHOWING OFF THE DRAPES

Because so little is known about how Trump interacts privately with CEOs, trade groups and company officials have begun to swap tips on how to approach their meetings with him.

“There is this undercurrent of information sharing about what to expect, what to do,” said one trade group official who prepared CEOs for a recent meeting with Trump. He said he has gotten a flurry of calls from other industries next in line for a White House visit.

At the end of most meetings, Trump leads CEOs into the Oval Office, showing off paintings, sculptures and the furniture, as well as the rug and curtains he has picked out. He also points out a bust of Martin Luther King Jr., which he inherited from Obama. Then he takes a group photo behind the desk.

The White House official said Trump recognized the “awe” of the Oval Office.

Since his election, Trump has frequently attacked the car companies for building in Mexico and warned U.S. firms would no longer be able to move U.S. jobs abroad “without consequences.”

When Trump entered the Roosevelt Room, he greeted GM CEO Mary Barra with a playful tap on the shoulder as he gently prodded her to add jobs in the United States and later pulled out her chair before the meeting started, a review of the video transcripts of the first part of the meeting shows.

He greeted Ford CEO Mark Fields with a “Happy Birthday. It’s his birthday ladies and gentlemen.” Trump said it was a “great honor” to see Fiat Chrysler CEO Sergio Marchionne.

Trump did not specifically ask them to build plants in the United States – as he had tweeted he would before the meeting – but instead listened to their complaints about regulations and indicated a willingness to help them, people briefed on the meeting said.

Ford declined to comment and referred to Fields’ comments to dealers in January that Trump had asked for a list of regulations that automakers wanted cut or kept.

GM CEO Mary Barra said in a speech last week that Trump “really listened” to the automakers, while Marchionne told reporters at the Geneva auto show on Tuesday that Trump was “quite willing to make our lives easier” in terms of compliance and taxes in order to encourage U.S. job creation.

Trump has been complimentary of his high-profile guests – and at times playful.

After Denise Morrison, chief executive of Campbell Soup <CPB.N>, introduced herself in one of those meetings, Trump quickly responded: “Good soup.”

At another, after Target Corp <TGT.N> CEO Brian Cornell spoke, Trump responded by pronouncing the name of the company as “Tar-Jay,” a common joke to make the retailer sound more fancy.