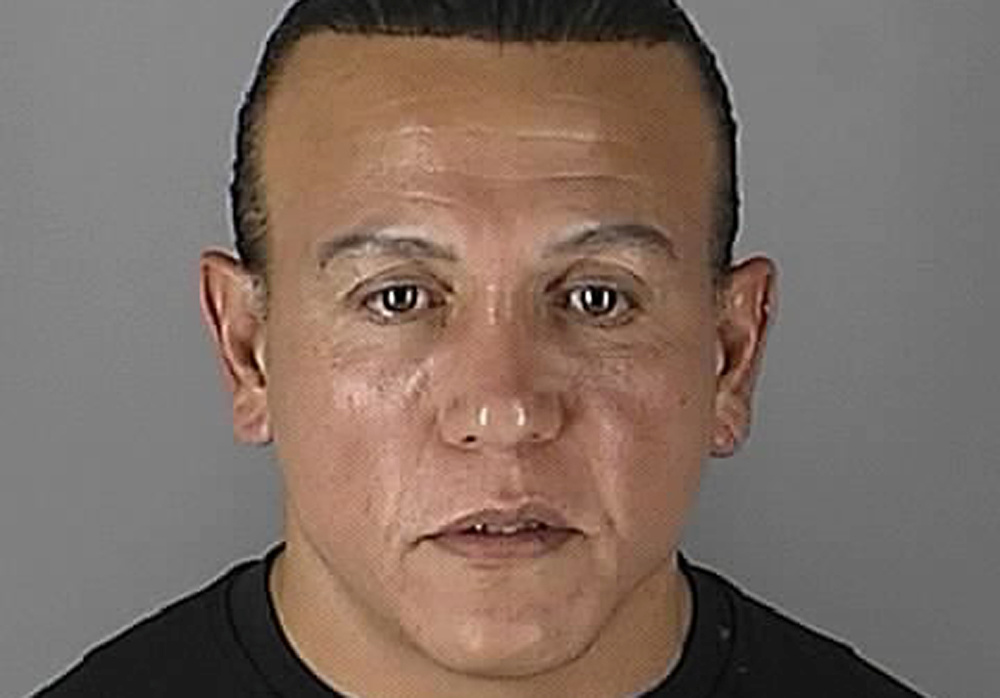 (Reuters) – A suspicious package addressed to CNN was intercepted in Atlanta, the network announced on Monday, as a man accused of mailing bombs to the network and some of U.S. President Donald Trump’s leading critics was due to make his first appearance before a federal judge in Miami on Monday.

Zucker said there was no imminent danger and that since Wednesday all mail to CNN has been screened at offsite facilities. The Time Warner Center in New York, where CNN’s New York operation is located, was evacuated on Wednesday after a suspicious package turned up there.

Cesar Sayoc, a former male stripper and part-time pizza deliveryman, was arrested on Friday on suspicion of mailing at least 14 pipe bombs to CNN, a range of prominent Democrats, and other frequent targets of Trump’s scorn, including former President Barack Obama. Sayoc was due to appear in court in Miami later on Monday. 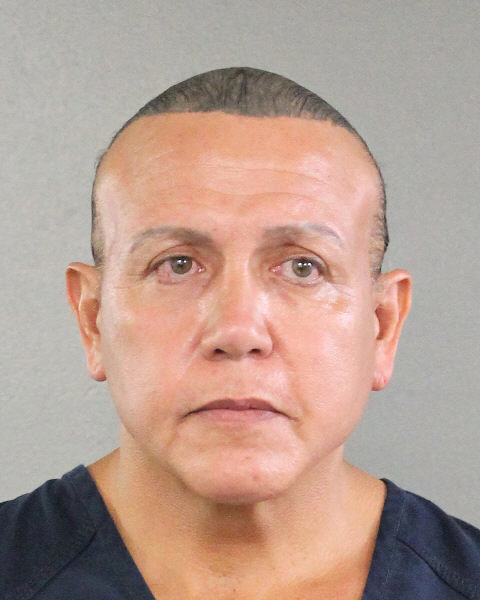 Cesar Sayoc has been charged with five federal crimes including threats against former presidents and faces up to 58 years in prison if found guilty, U.S. Attorney General Jeff Sessions said at a news conference.

“We will not tolerate such lawlessness, especially political violence,” he said.

FBI agents arrested Sayoc, 56, in Plantation, Florida and also hauled away a white van plastered with pro-Trump stickers, the slogan “CNN SUCKS” and images of Democratic figures with red crosshairs over their faces. 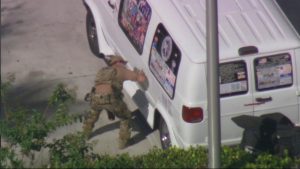 A law enforcement officer checks a van which was seized during an investigation into a series of parcel bombs, in Plantation, Florida October 26, 2018 in a still image fro video. WPLG/Handout via REUTERS

He also said there could be other packages.

Announcing the arrest by the Federal Bureau of Investigation to a cheering audience at the White House, Trump said such “terrorizing acts” were despicable and had no place in the United States.

“We must never allow political violence to take root in America – cannot let it happen,” Trump said. “And I’m committed to doing everything in my power as president to stop it and to stop it now.”

Sayoc’s home address was listed in public records as an upscale gated apartment complex in the seaside town of Aventura, Florida.

According to the records, he is a registered Republican with a lengthy criminal past – including once making a bomb threat – and a history of posting inflammatory broadsides on social media against Trump’s political foes.

Sayoc was being held at an FBI processing center in Miramar, Florida, CNN said. He was expected to be taken to the Federal Detention Center in downtown Miami and will likely make his first appearance before a judge on Monday, according to former Assistant U.S. Attorney David Weinstein. 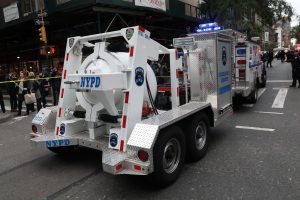 Police respond to a report of a suspicious package in the Manhattan borough of New York, New York, U.S., October 26, 2018. REUTERS/Mike Segar

A federal law enforcement source said charges would likely be brought by federal prosecutors in Manhattan and Sayoc transferred to New York City.