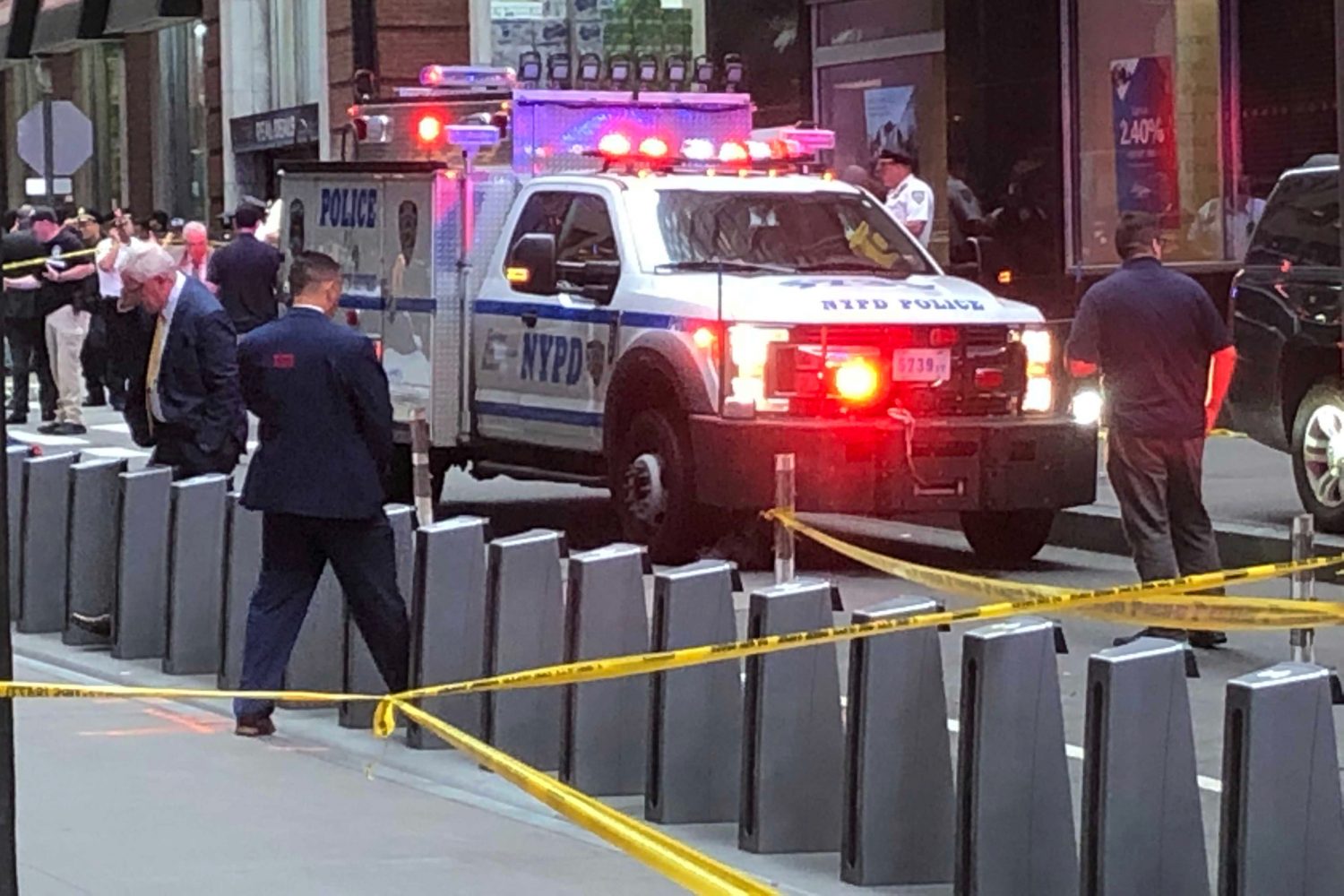 NEW YORK (Reuters) – Kitchen appliances resembling pressure cookers were left in two Manhattan locations on Friday, disrupting automobile and subway travel during the morning rush hour before police deemed them harmless and began investigating the possibility of a hoax.

The discoveries of the devices, which the city’s chief counterterrorism officer called “rice cookers that could be mistaken for pressure cookers,” raised concern because of the latter’s previous use as makeshift bombs in New York and Boston.

Surveillance video shows a dark-haired man in his 20s or 30s with a shopping cart placing the devices at two locations inside the busy downtown Fulton Street subway station, said John Miller, the New York Police Department’s deputy commissioner of intelligence and counterterrorism.

“Because of the timing and the placement and items we’re carrying this right now as a hoax device,” Miller told reporters at the scene. “That’s the investigative category.”

The unidentified man is “not a suspect but certainly someone we’d want to interview,” he said. Police posted two photographs on social media of the cookers at Fulton Street.

Officials said they had not determined whether the discovery about an hour later of a third implement resembling a pressure cooker next to a garbage can on a street corner in the borough’s Chelsea neighborhood was related, Miller said.

Miller noted that in September 2016 the so-called “Chelsea Bomber,” Ahmad Khan Rahimi, wounded 30 people using a device made from a pressure cooker and a cellphone timer that exploded on Manhattan’s West 23rd Street. Another pressure cooker bomb was left nearby but did not explode.

Rahimi was sentenced last year to life in prison.

There was also an explosion in Midtown Manhattan in December 2017 when a Bangladeshi man, Akayed Ullah, detonated a homemade bomb in a pedestrian tunnel connecting two subway lines and a bus terminal. Three people were wounded.

Pressure cookers were turned into bombs by a pair of ethnic Chechen brothers when they killed three people and injured more than 200 at the 2013 Boston Marathon.

The discoveries, which were first reported at about 7 a.m. EDT (1100 GMT) created havoc for thousands of motorists and commuters on the numerous subway lines that converge at Fulton Street as police and bomb squad vehicles swarmed to the scene.

Even after police deemed the devices harmless at the Fulton Street station complex, which is close to the World Trade Center, officials warned of residual delays for commuters.