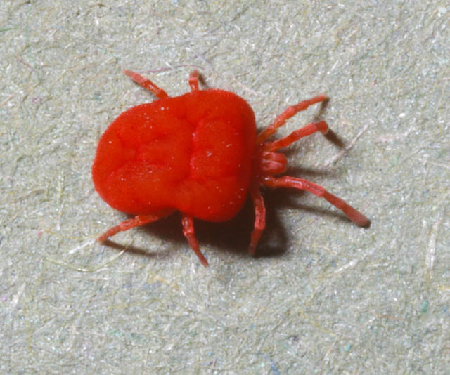 LONDON (Reuters) – Scrub typhus, a deadly disease common in southeast Asia and spread by microscopic biting mites known as chiggers, has now taken hold in a part of South America and may have become endemic there, scientists said on Wednesday.

The tropical disease, which kills at least 140,000 people a year in the Asia-Pacific region, has been confirmed in a cluster of cases on a large island off Chile, some 12,000 kilometres from its usual haunts on the other side of the Pacific.

Scrub typhus has been known of for years and the bacteria that causes it was first identified in Japan in 1930.

It is caused by the bacteria, Orientia tsutsugamushi, transmitted by chiggers, and spreads through the lymphatic fluid. Those infected find the illness can begin quite suddenly, with shaking chills, fever, severe headache, infection of the mucous membrane in the eyes, and lymph node swelling.

Until 2006, scrub typhus was thought to be limited to an area called the “tsutsugamushi triangle”, from Pakistan in the west to far eastern Russia in the east to northern Australia in the south.

But writing in the New England Journal of Medicine, researchers from Britain’s Oxford University and the Pontificia Universidad Católica and Universidad del Desarrollo in Chile the cases found off of Chile’s mainland “suggest there may be a much wider global distribution than previously understood.”

In 2006, two cases of scrub typhus were found outside the triangle. One, in the Middle East, was caused by a previously unrecorded bacteria related to tsutsugamushi and named Orientia Chuto. The second was found on Chiloé island, just off mainland Chile.

In January 2015 and again in early 2016, three more cases were discovered in Ancud, on the northern coast of Chiloé.

“Scrub typhus is a common disease but a neglected one,” said Paul Newton, director of the Lao–Oxford–Mahosot Hospital Wellcome Trust Research Unit, which collaborated in the study.

“Given that it is known to cause approximately a million clinical cases, and kills at least 140,000 people each year, this evidence of an even bigger burden of disease in another part of the world highlights the need for more research and attention to it.”