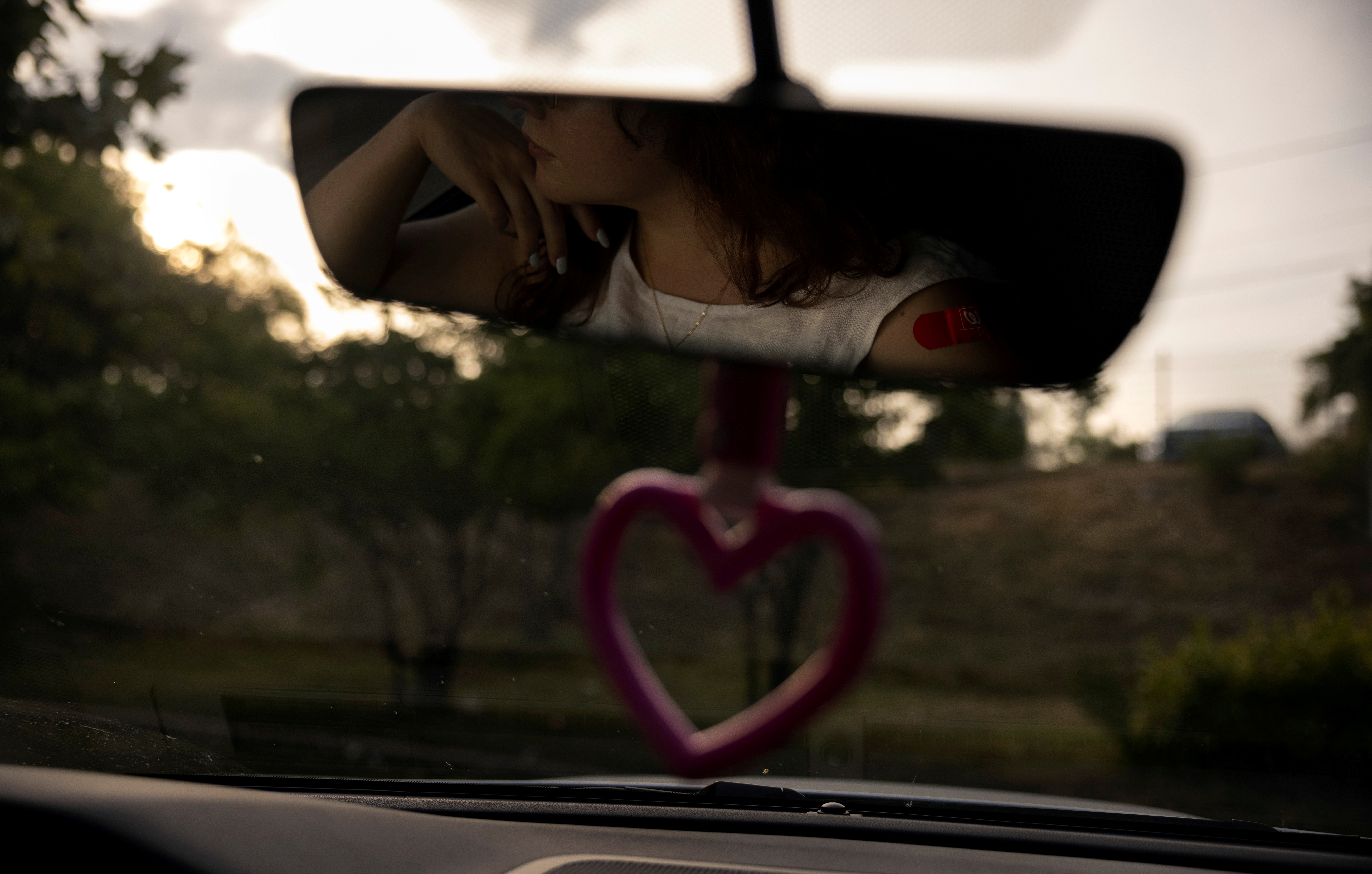 (Reuters) – Since Texas enacted the strictest anti-abortion law in the country a month ago, the four Whole Woman’s Health abortion clinics across the state have seen patient visits plummet, some staff quit and recruitment efforts falter.

The new law, which bans abortions after about six weeks and empowers private citizens to enforce it, has the clinics “teeter-tottering between financial risk, legal risk and staffing risk,” said Marva Sadler, the facilities’ director of clinical services.

As the law is debated in courts – with a key hearing slated for Friday – abortion rights advocates say its impact has been swift and wide-ranging since it took effect on Sept. 1.

Abortion clinics are struggling to survive: The number of patients getting abortions at Whole Woman’s Health clinics dropped 70%, Sadler said. Women are seeking other options, including traveling to out-of-state clinics or obtaining abortion-inducing pills via mail.

Abortion rights advocates warn Texas will be a blueprint for other Republican-led states if its law is upheld. They consider it a major blow to Roe v. Wade, the U.S. Supreme Court’s landmark 1973 decision that established the right to abortion access, which will itself be tested by a Mississippi case the court will hear in December.

“Lawmakers from across the country were watching the Texas bill very closely… and when the Supreme Court allowed this unconstitutional ban to go into effect, they said, ‘now’s our chance,'” said Elizabeth Nash, a state policy analyst at the Guttmacher Institute, a reproductive rights research and policy organization.

Texas’ so-called “heartbeat” law bans abortion after cardiac activity is detected in the embryo, usually around six weeks. That’s before most women know they are pregnant and before 85% to 90% of all abortions are carried out, experts say.

The law makes no exception for cases of rape and incest. It lets citizens enforce the ban, rewarding them at least $10,000 if they successfully sue anyone who helped provide an abortion after cardiac activity is detected.

Some of Texas’ so-called “crisis pregnancy centers,” Christian-based facilities that encourage women to not have abortions, have seen a rise in visits since the law took effect, with more women seeking ultrasounds earlier in their pregnancies.

The Raffa pregnancy clinic in Greenville had a 166% increase in ultrasounds in the first three weeks of September compared to the same period last year, said the facility’s executive director Threesa Sadler, who supports the law.

Two clients whose scans revealed a fetal heartbeat were women she thinks might have terminated their pregnancies had that still been an option, she said.

“Beyond helping decrease abortion in Texas, I don’t know if it was an intended consequence that the law would also push more women to (crisis) pregnancy centers, but I love that that’s what’s happening,” she said.

On Friday, the U.S. Justice Department will ask a federal judge in Austin to temporarily block the law while its constitutionality is challenged. Under Roe v. Wade, states cannot ban abortion before the fetus is viable outside the womb, which doctors generally view as between 24 and 28 weeks.

Abortion rights advocates worry the law will have lasting damage even if eventually overturned.

“We know that when these laws are passed, part of the strategy is to close clinics while these bills sit in the courts awaiting decisions,” said Nikki Madsen, executive director of Abortion Care Network, a national association that includes seven independent abortion clinics in Texas.

Madsen said 23 of Texas’ 42 surgical abortion clinics closed after the state passed a law in 2013 requiring clinic physicians to have admitting privileges at a hospital within 30 miles. The U.S. Supreme Court overturned that law in 2016, but today there are still only 19 clinics offering surgical abortions in Texas.

Hundreds of women now are seeking abortions outside Texas, lengthening wait times in nearby states such as Oklahoma and Louisiana, according to evidence the Justice Department cited in its lawsuit.

In court documents, an Oklahoma-based Planned Parenthood doctor said Texas patients had traveled long distances to get treatment at his clinic since Sept. 1. One woman drove six hours alone, one way, because she feared any companion could get in trouble under the law.

Others are procuring abortion-inducing medication by mail.

KT Volkova, a graduate student in central Texas who uses the pronoun “they,” discovered they were pregnant a few days before the law’s effective date.

No appointments for surgical abortions near Volkova were available before Sept. 1, and Volkova was already nearly six weeks pregnant. Volkova, who volunteers with a group that provides financial assistance to abortion seekers, opted against seeking funds to travel out of state for the procedure and instead took an abortion-inducing medication that came by mail.

“I would have preferred to have it in-clinic, with staff holding my hand, but I had to go through the entire process in my apartment alone,” Volkova said.

Access to abortion-inducing medication will soon be further restricted in Texas.

A state law taking effect on Dec. 2 will narrow the window for medical abortions from 10 weeks to seven weeks after conception. Providing women with abortion-inducing drugs by mail will be a criminal offense under the law. 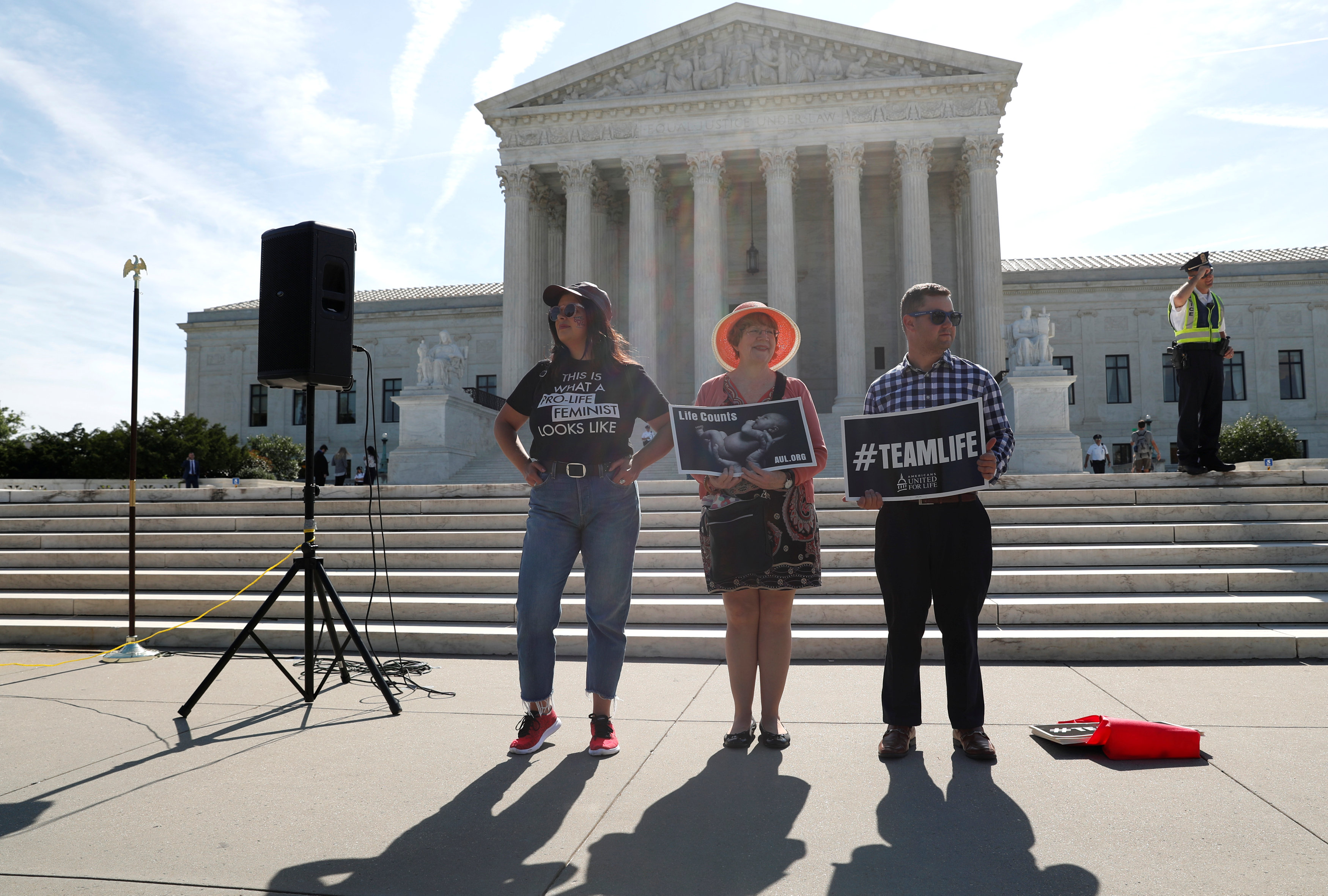 WASHINGTON (Reuters) – The U.S. Supreme Court on Tuesday struck down a California law requiring clinics that counsel women against abortion to notify clients of the availability of abortions paid for by the state, ruling it violated the free speech rights of these Christian-based facilities.

The Supreme Court legalized abortion in 1973, and while the broader issue of abortion rights was not at issue in the case, the 5-4 ruling represented a significant victory for abortion opponents who operate these kinds of clinics – called crisis pregnancy centers – around the country.

The court’s five conservative justices were in the majority in the ruling authored by Justice Clarence Thomas, with the four liberals dissenting.

Crisis pregnancy centers have said they offer legitimate health services but that it is their mission to steer women with unplanned pregnancies away from abortion.

There are roughly 2,700 crisis pregnancy centers in the United States, including around 200 in California, according to abortion rights advocates, vastly outnumbering abortion clinics. California officials said some of the centers mislead women by presenting themselves as full-service reproductive healthcare facilities, going so far as to resemble medical clinics, down to lab coats worn by staff.

California’s Reproductive FACT Act, passed by a Democratic-led legislature and signed by Democratic Governor Jerry Brown in 2015, required centers licensed by the state as family planning facilities to post or distribute notices that the state has programs offering free or low-cost birth control, prenatal care and abortion services. The law also mandated unlicensed centers that may have no medical provider on staff to disclose that fact. 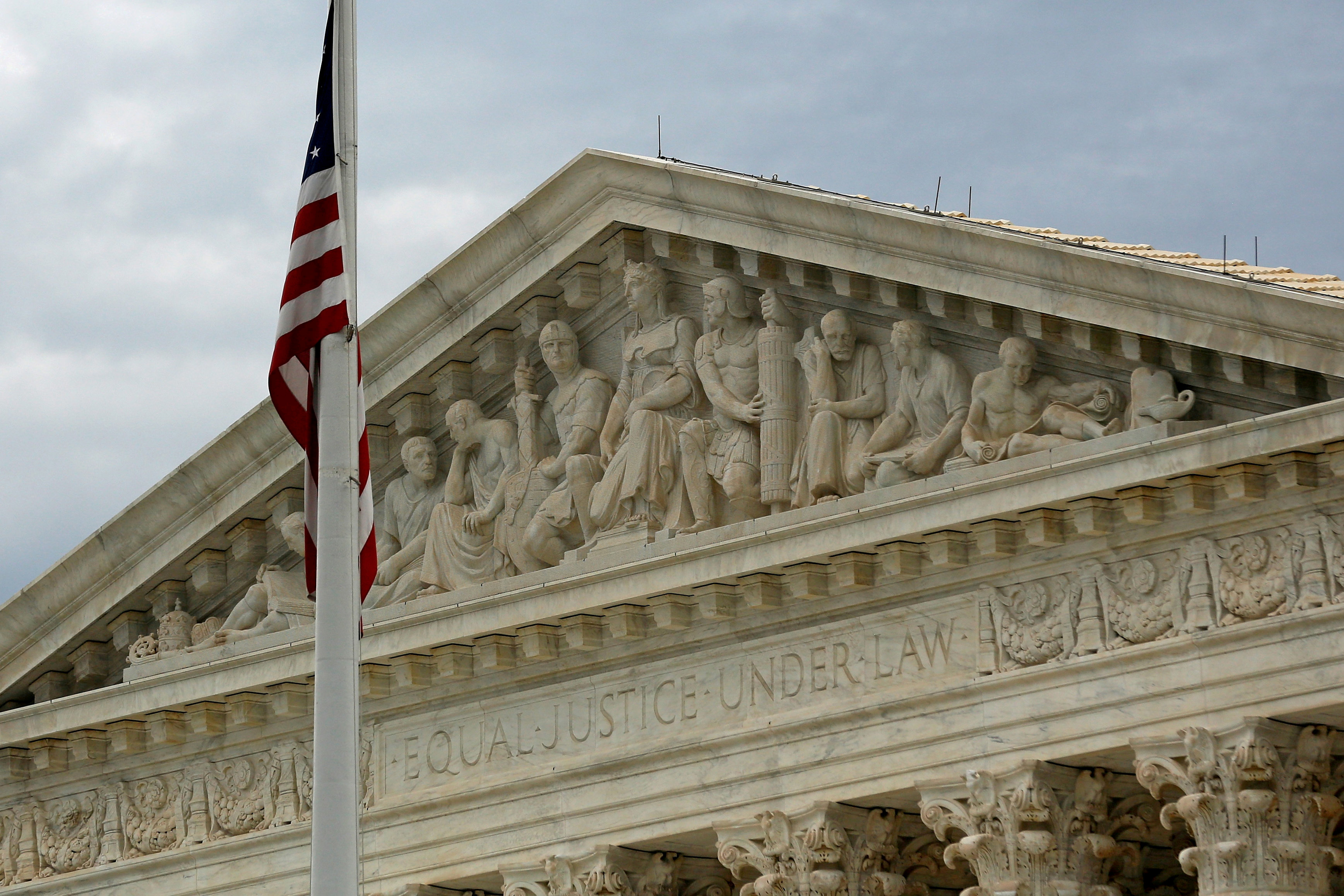 WASHINGTON (Reuters) – The U.S. Supreme Court on Tuesday tackles a dispute over whether a California law requiring Christian-based facilities that counsel pregnant women against abortion to post signs disclosing the availability of state-subsidized abortions and birth control violates their right to free speech.

The nine justices are set to hear an hour of arguments in an appeal by a group of non-profit facilities called crisis pregnancy centers of a lower court ruling upholding the Democratic-backed 2015 law.

The case represents a crossroads of two contentious issues: abortion and the breadth of the right to freedom of speech under the U.S. Constitution’s First Amendment. The Supreme Court legalized abortion in 1973, and the wider issue of abortion rights is not at issue in the case.

Crisis pregnancy centers say they offer legitimate health services but that it is their mission to steer women with unplanned pregnancies away from abortion. They accuse California of forcing them to advertise for abortion even though they oppose it.

California says some crisis pregnancy centers mislead women by presenting themselves as full-service reproductive healthcare facilities and the law helps ensure these clients are made aware of abortion services available elsewhere.

The San Francisco-based 9th U.S. Circuit Court of Appeals upheld the law in 2016 after it was challenged by some of these facilities, finding the statute did not discriminate based on viewpoint.

California’s Reproductive FACT Act, passed by a Democratic-led legislature and signed by Democratic Governor Jerry Brown, requires centers licensed as family planning facilities to post or distribute notices that the state has programs offering free or low-cost birth control and abortion services. The law requires unlicensed facilities with no medical provider on staff to disclose that fact.

The California challengers are the National Institute of Family and Life Advocates, an umbrella group for crisis pregnancy centers, and two such facilities in San Diego County. The plaintiffs had told the lower courts that they would not comply with the law.

A win for them could make it harder for Democratic-governed states to impose rules on crisis pregnancy centers, but also could help abortion rights advocates challenge laws in Republican-governed states that impose certain requirements on abortion clinics.

California said its law does not force crisis pregnancy centers to refer women for abortions, nor does it prevent them from voicing their views on abortion. The state told the justices in legal papers that some centers use incomplete or false medical advice to try to prevent women from having an abortion. Some resemble medical clinics, down to lab coats worn by staff, to try to confuse women into thinking they are at a center offering all options, the state added.