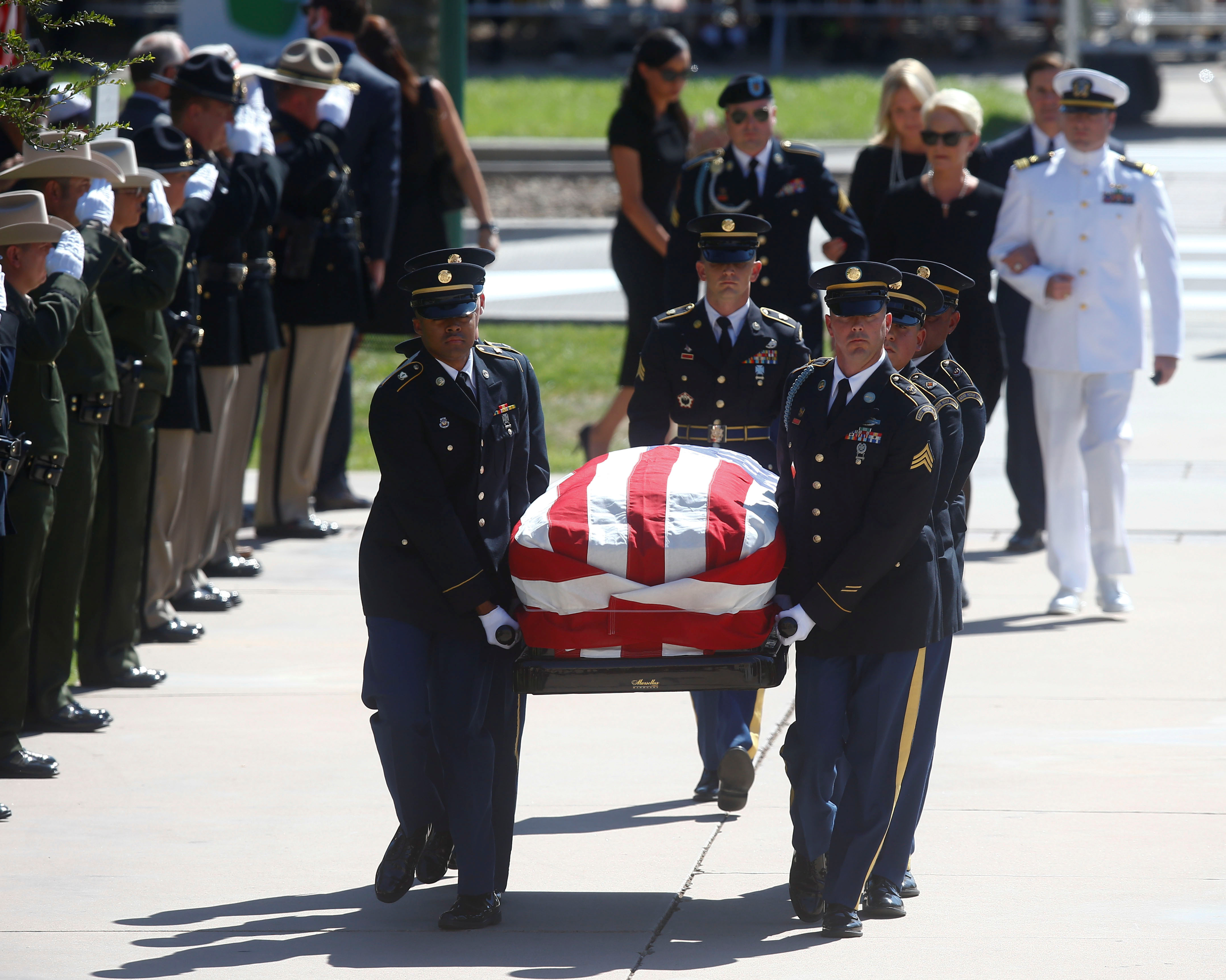 PHOENIX (Reuters) – Thousands of admirers of the late Senator John McCain stood in line for hours on Wednesday in the blazing Arizona sun and triple-digit heat for a chance to pay final respects to the war hero and two-time Republican presidential candidate.

The single-file procession through the Arizona Capitol rotunda, where McCain’s flag-draped coffin was lying in state, stretched across the statehouse plaza and widened to two or three abreast as it extended down adjacent streets.

More than a dozen canvas awnings were set up to provide shade for the throngs, with temperatures reaching 106 degrees Fahrenheit (41 degrees Celsius) at midday.

The public viewing of his casket, following a brief ceremony for family and dignitaries led by Governor Doug Ducey, came on the first of five days of memorial tributes planned for McCain, who died on Saturday from brain cancer. He was 81.

The onetime U.S. Navy fighter pilot endured 5-1/2 years as a prisoner of war in Vietnam before embarking on a celebrated political career. McCain stood out during the last two years as a key rival and critic of U.S. President Donald Trump, a fellow Republican whom McCain’s family has asked not to attend the funeral. 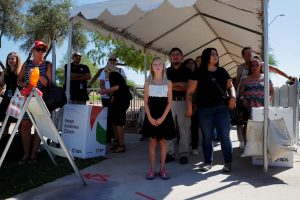 Members of the public listen to a private ceremony while waiting in line to pay their respects to U.S. Senator John McCain as he lies in state at the Arizona State Capitol in Phoenix, Arizona, U.S., August 29, 2018. REUTERS/Brian Snyder

Among several thousand waiting to glimpse McCain’s coffin at Arizona’s Capitol was James Fine, 54, a Dallas funeral director who drove over 1,000 miles (1,609 km) to Phoenix to bid farewell to a man he called a “statesman.”

“I get up every day and read the news, and then I see what John McCain has to say,” Fine told Reuters. “They don’t make heroes like him anymore.”

Earlier, the hearse bearing McCain’s coffin was greeted outside the statehouse by National Guard troops, military veterans, law enforcement officers and firefighters, all in dress uniform and standing at attention as they saluted.

Inside, close relatives and dozens of politicians, including several former Republican colleagues from Arizona’s congressional delegation, paid tribute to McCain’s life and legacy during a 30-minute ceremony.

“He fought like hell for the causes he believed in,” Ducey said. “He did it with humor and humanity, and without compromising the principles he held so dear.”

McCain’s wife, Cindy, widely seen as a possible candidate for appointment to succeed her husband, led a procession of 90 mourners past his casket. She paused briefly, stooping down to rest her cheek on the coffin, then patted it gently.

McCain will lie in state again at the U.S. Capitol on Friday, followed by a funeral Saturday at Washington’s National Cathedral and a burial on Sunday at the Naval Academy in Annapolis, Maryland.

Ducey has said he will wait until after McCain’s burial to name an immediate successor.