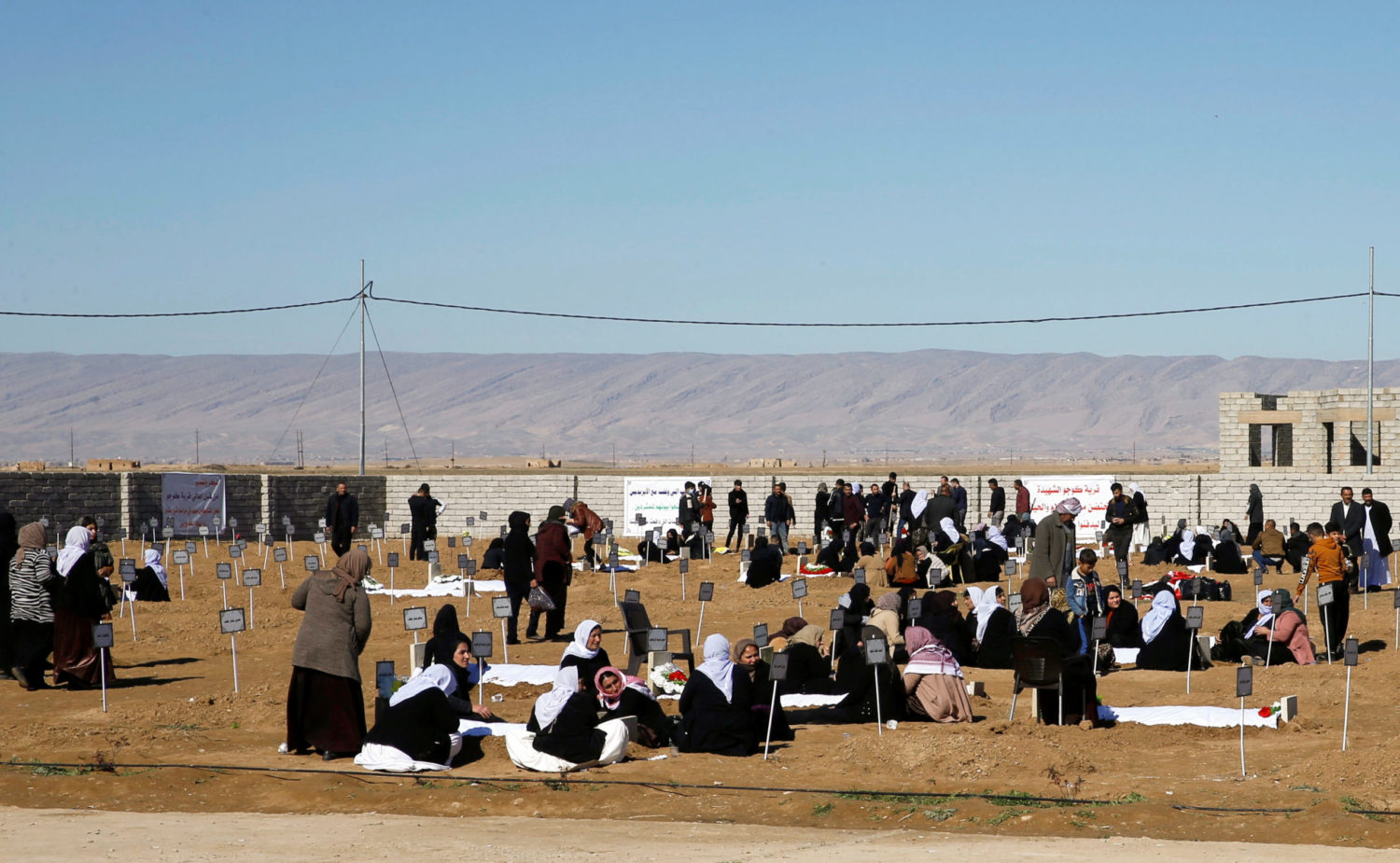 NEW YORK (Reuters) – A U.N. team investigating Islamic State crimes in Iraq has found “clear and convincing evidence that the crimes against the Yazidi people clearly constituted genocide,” the head of the inquiry said on Monday.

Karim Khan told the U.N. Security Council that the team, which started work in 2018, had also identified perpetrators “that clearly have responsibility for the crime of genocide against the Yazidi community.”

The Yazidis are a religious sect whose beliefs combine elements of several ancient Middle Eastern religions. Islamic State militants consider the Yazidis to be devil-worshippers.

Khan, a British lawyer who will next month become the International Criminal Court prosecutor, said the intent of Islamic State “to destroy the Yazidi, physically and biologically, was manifest in the ultimatum that was repeated in so many different villages in Iraq – to convert or die.”

Islamic State overran the Yazidi heartland in northern Iraq in 2014, forcing young women into servitude as “wives” for fighters, massacring thousands of people and displacing most of the 550,000-strong community. In 2016 an independent U.N. commission of inquiry described it as genocide.

Nadia Murad, an Iraqi Yazidi woman who was enslaved and raped by Islamic State, and human rights lawyer Amal Clooney lobbied the Security Council, which then created the U.N. investigative team in 2017.

They also pushed for the council to refer the situation to the International Criminal Court or create a special court.

“Evidence has been found, but we are still searching for the political will to prosecute,” Murad, who won the 2018 Nobel Peace Prize for her efforts to end the use of sexual violence as a weapon of war, told the Security Council on Monday.

The U.N. team has so far identified 1,444 possible perpetrators of attacks against the Yazidis.

Khan also said that from the team’s investigation into the mass killing of unarmed cadets and military personnel at Tikrit Air Academy in June 2014 “it is clear that the crime of direct and public incitement to commit genocide occurred.”

The team has identified 20 people of interest and 875 victims remains from 11 mass graves from the Tikrit attack by the Sunni extremists against Shia Muslims.

(Reporting by Michelle NicholsEditing by Chizu Nomiyama and Grant McCool)