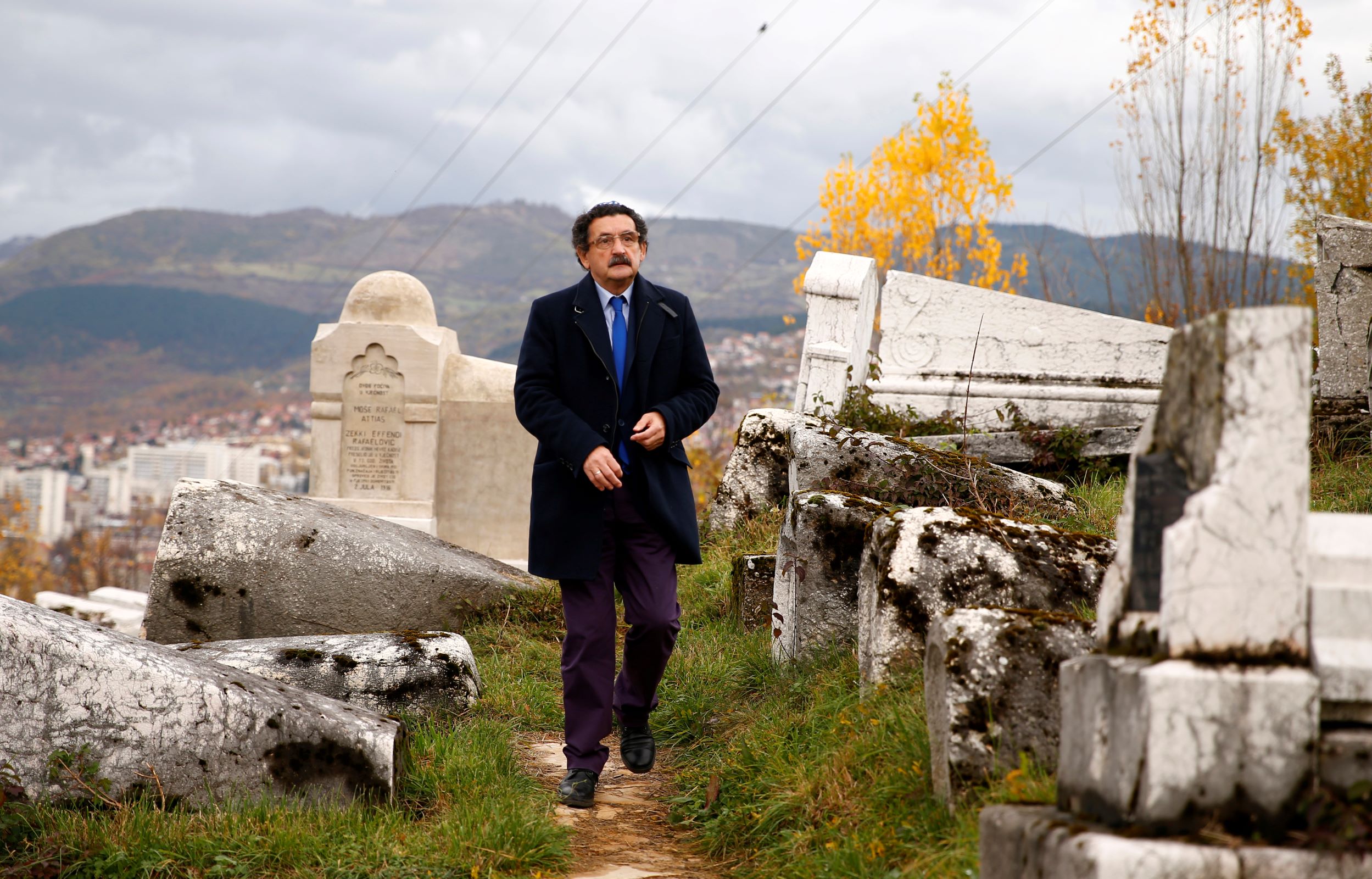 SARAJEVO (Reuters) – Bosnia’s Jews and Muslims on Thursday marked the bicentenary of the rescue of a dozen Jews from an Ottoman-era governor’s jail, saying their liberation by Sarajevo Muslims is a great example of co-existence at a time of rising global sectarian hatred.

The 1819 rescue, which happened during a Muslim uprising, and consequent removal of corrupt Turkish governor Mehmed Ruzdi Pasha is a holiday for Sarajevo’s Jews, known as Purim di Saray. The governor had sought a huge ransom to spare the Jews’ lives.

The event was marked by a joint exhibition and conference depicting the events and celebrating nearly 500 years of peaceful coexistence between Jews and their Muslim neighbors, as well as between Jews and Orthodox Serbs and Catholic Croats.

“Amid the ever rising evil of anti-Semitism and Islamophobia … we are renewing our pledge that we will remain good neighbors who will watch over each other as we did in the past.”

The book’s title is a reference to the Book of Esther, which is read aloud during the Jewish holiday of Purim. The holiday celebrates the Jews’ salvation from genocide in ancient Persia and is normally held in about March.

Attias studied Islam and mediaeval Persian literature and was a passionate interfaith advocate.

His tombstone, which has epitaphs in Bosnian, Hebrew and Turkish, the latter inscribed in Arabic script, has been renovated at the town’s Jewish cemetery as part of the Purim bicentenary.

“The tombstone itself is a proof of Sarajevo’s multiculturalism,” Eli Tauber, an author and historian, told Reuters. “Close links between our communities are unique. The way we mark Purim is also unprecedented and could serve as a role model to the rest of the world.”

Jews have played a significant role in Sarajevo’s cultural and economic life for 450 years. Expelled after the Christian re-conquest of the Iberian peninsula, they found sanctuary in the city, then part of the Ottoman Empire.

At the height of the city’s influence, Sarajevo had eight synagogues serving some 12,000 Jews. But most of them were killed during World War Two, when the city was occupied by Nazi Germany. Fewer than 1,250 remained.

The community recovered somewhat in the post-war era but was dealt another blow with Yugoslavia’s bloody collapse and the subsequent siege of Sarajevo, the longest in modern history.

Before the Bosnian 1992-95 war, Sarajevo was a multi-ethnic melting pot – mosques, churches and synagogues standing virtually side by side. It afterwards become predominantly Muslim, but some 800 Jews living in the town remain an important part of its multi-ethnic identity.