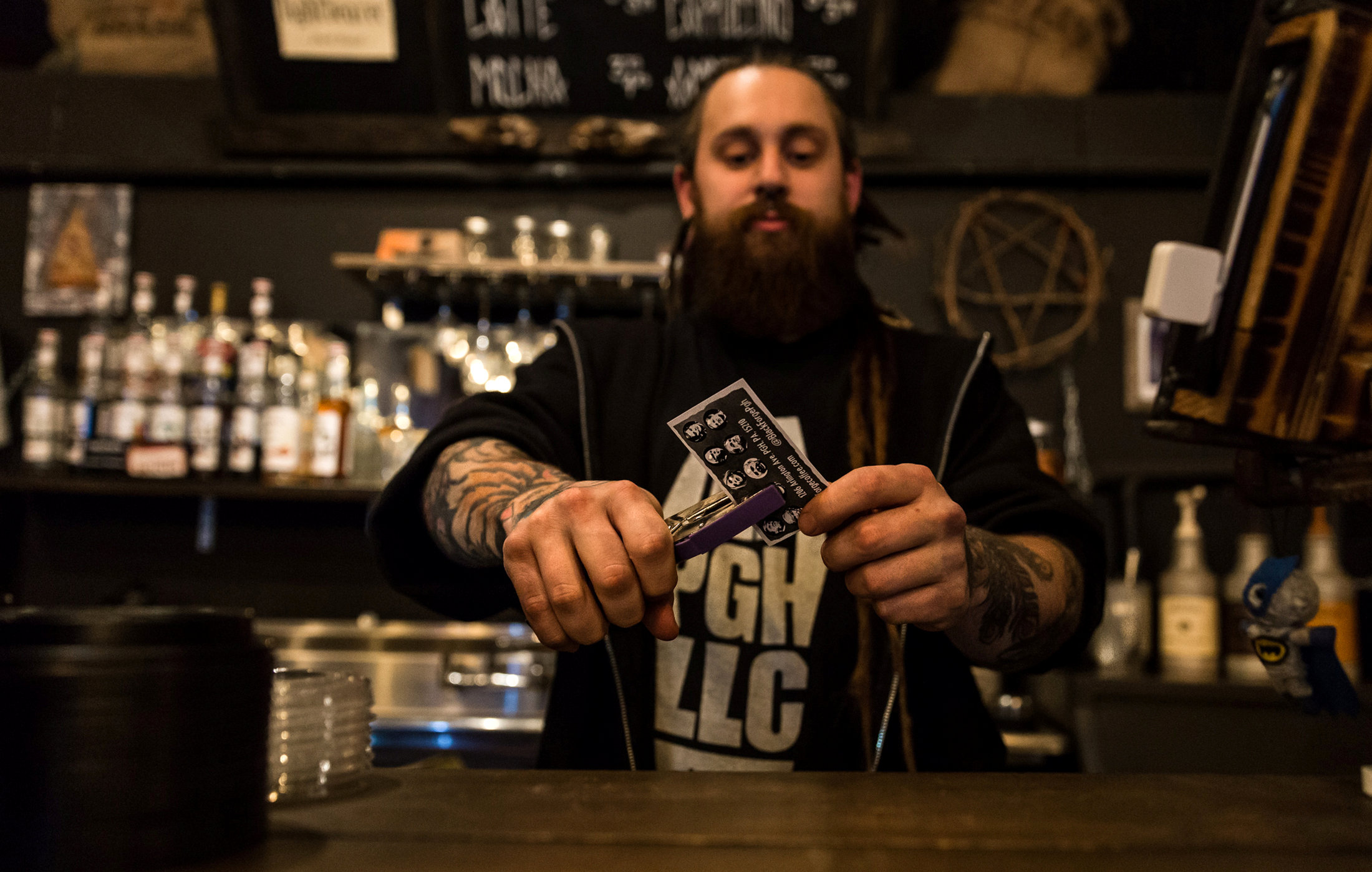 HARRISBURG, Pa. (Reuters) – The owners of a Pittsburgh coffee shop found out the hard way that in the hyper-polarized political climate of 2017, punching holes in pictures of President Donald Trump and other conservative stalwarts is no laughing matter for some.

The Black Forge Coffee Shop has been fielding phone calls this week from people around the country upset about the cafe’s customer loyalty cards featuring a who’s who of prominent conservatives, according to its owners.

The idea puts a topical twist on a familiar perk: Buy a coffee and the store punches a hole through a photo of Trump, Vice President Mike Pence or one of the others. After all 10 conservatives are punched, the customer gets a free cup.

“We wanted to do something unique that would stand out,” said Nick Miller, who has run the shop with his business partner Ashley Corts for about 18 months. “It’s not a statement; it’s really just a joke.”

More than a few people apparently were not amused.

While some people were calling the shop to voice their displeasure, others emailed images of the owners’ faces superimposed with targets. Disparging comments about the shop suddenly started popping up Facebook and Yelp.com.

“HORRIBLE PLACE,” Yelp user Alexis K. of Oceanside, California, wrote. “I refuse to support a busines who can act this way about our president who WE ELECTED fair and square.”

The shop has been handing out the cards for months, but the deluge of calls, many of them abusive, only started after Fox News picked up the story on Wednesday, the co-owner says.

Fortunately, no one who has come into the shop in person has been abusive to the staff, said Miller, a Democratic voter.

It may help that Black Forge is next door to a Pittsburgh police stations, and many officers are regular customers, Miller said.

“They thought it was pretty funny,” he said. “They were surprised no one could see it was just a joke.”

Despite the ire that the cards have stirred up, Miller said he has no regrets. After all, publicity is publicity – and business is booming, he said.