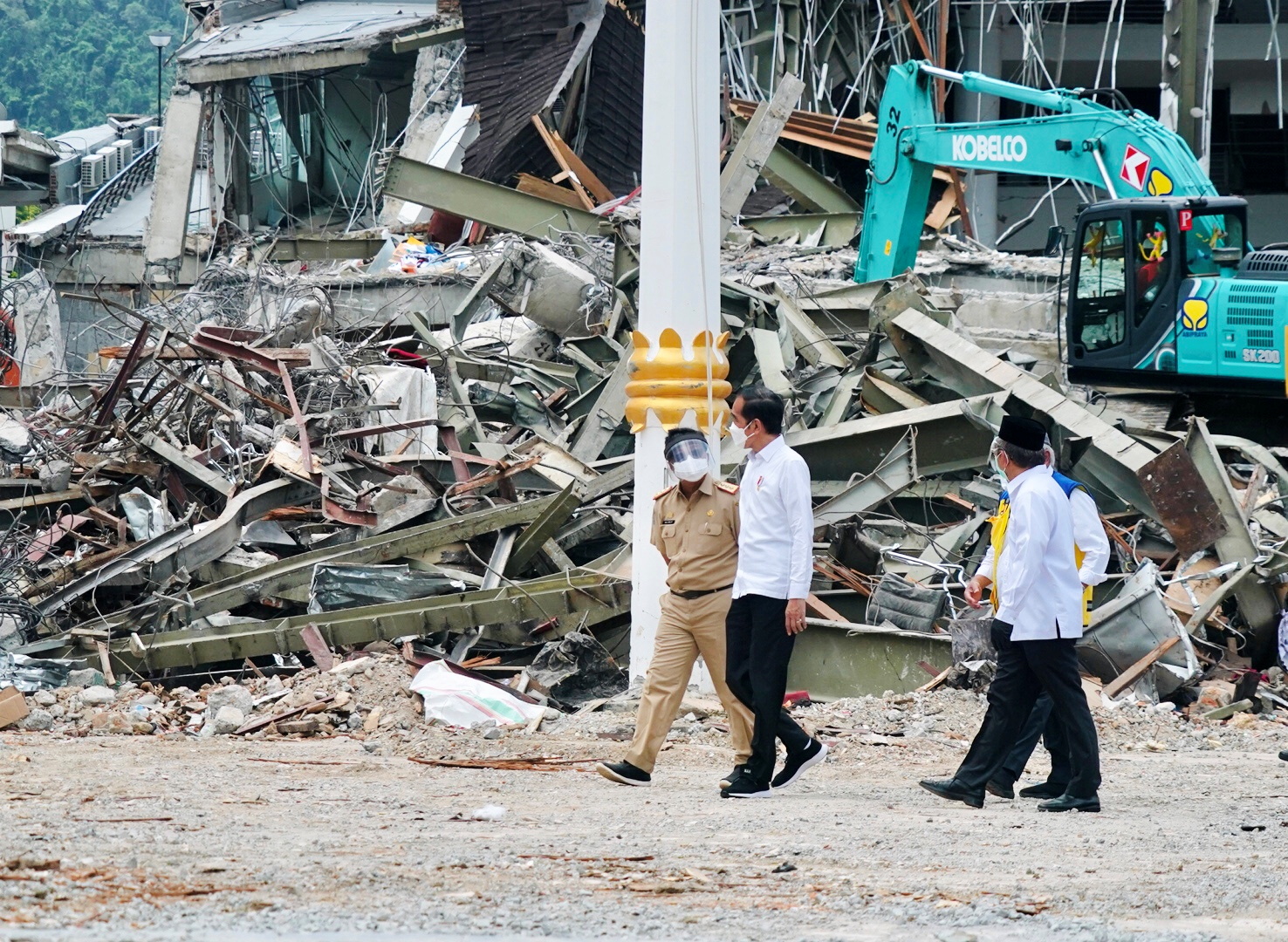 The 6.2-magnitude earthquake caused significant damage to hundreds of homes, a mall, hospital, hotels and government buildings early on Friday and has been followed by more than 39 aftershocks since.

“Soon the central government will rebuild, then for collapsed houses, the government will help for those that were heavily damaged,” Widodo said as he visited the city of Mamuju earlier on Tuesday.

“We hope that with the help of the central government, the recovery of collapsed houses, economic recovery, recovery of service processes in government and the bureaucracy will also return to normal,” he said.

Earlier on Tuesday, a military official who is part of the country’s official search and rescue joint forces, said that nearly 10,000 people have been evacuated from Mamuju and the nearby city, Majene.

Many of them have fled to Parepare, a neighboring city more than 250km south of Mamuju and nearly 150km from Majene, the official said.

Straddling the Pacific “Ring of Fire,” Indonesia is regularly hit by earthquakes. In 2018, a 7.5-magnitude quake and subsequent tsunami struck Palu, in Sulawesi, killing thousands.

The country’s meteorology agency has warned of continued aftershocks, and the risk of extreme weather in coming weeks.

Indonesia has faced a string of disasters this month, including a plane crash on Jan. 9 that killed all 62 on board, a flash flood in South Kalimantan on Borneo island that killed at least 15, volcanic eruptions and a deadly landslide that killed 40 in Java.