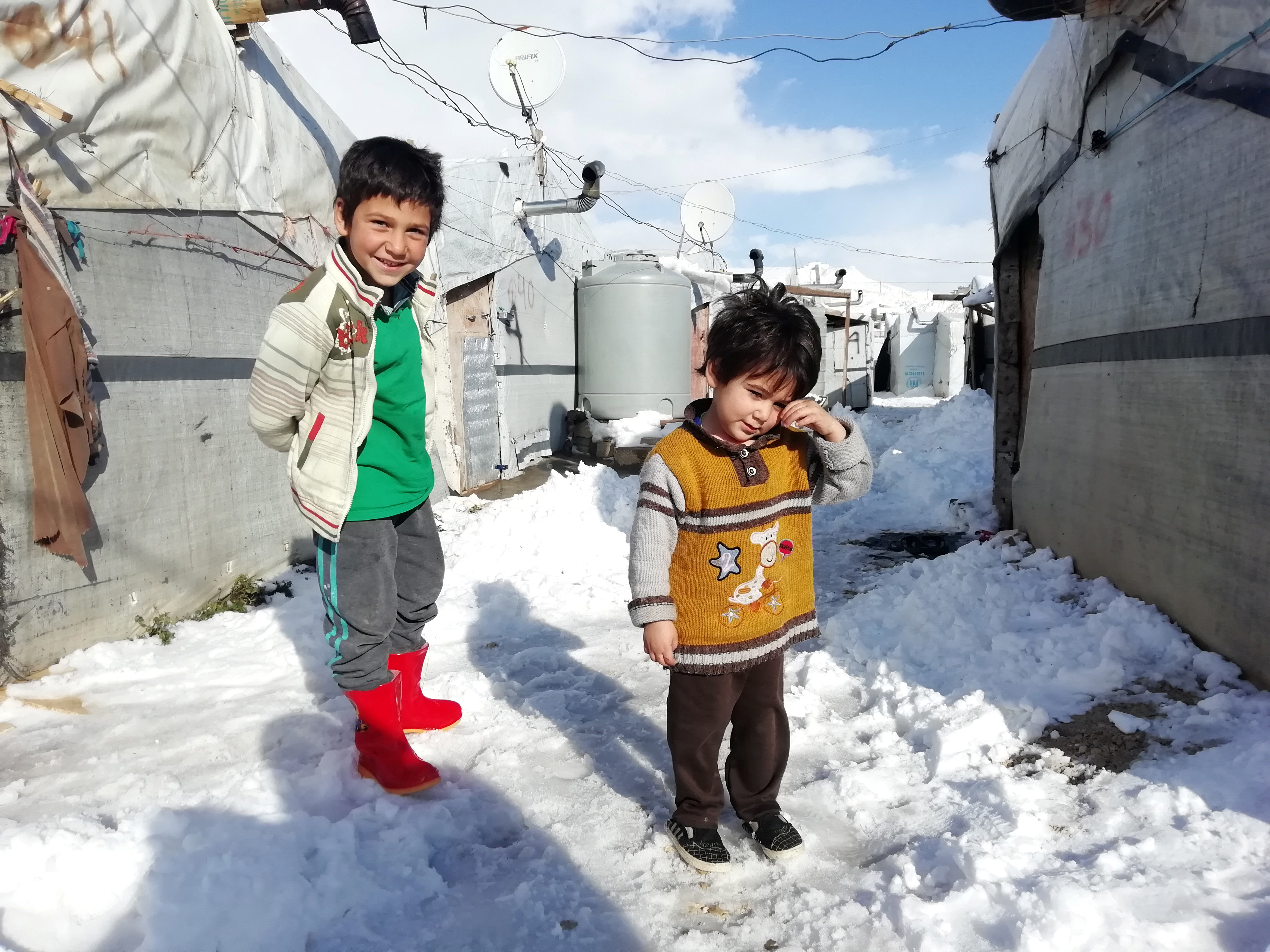 BEIRUT (Reuters) – At a makeshift camp in the Lebanese town of Arsal, refugees are burning their clothes trying to ward off the harsh cold as storms flood their tents.

“We have no fuel at all. People are tearing up clothes, burning plastic, whatever they can find to get warm,” Abdallah Mokdeh said in the border town.

“This is the worst we’ve seen in years.”

Since 2011, more than a million Syrians have fled the war at home to Lebanon, where aid agencies say most live in severe poverty. Tens of thousands are in Arsal near the hills at the border with Syria.

“The roads are blocked. We called an ambulance and it did not come,” said Mokdeh, a refugee who acts as a caretaker for the rows of tents pitched closely together on a patch of earth.

Floods ruined mattresses and destroyed tents, forcing some people to move in with their neighbors. Many were sick or elderly. Some tents already housed three families, he said.

“The snow, the cold have no mercy.”

Mahmoud Hakouk, a 60-year-old Syrian man at the same site, has struggled to stay dry. “I need a blanket,” he said, shivering. “I swear to God I don’t have enough to buy bread.”

The U.N. refugee agency said high winds, rain and snow had “heavily impacted” more than 150 informal settlements, including some that were fully flooded or collapsed. A child was reported missing, it said on Wednesday.

The heavy storm inundated hundreds of tented settlements across Lebanon and left youngsters stranded in freezing temperatures, the charity “Save the Children” said.

“It’s miserable here, we have tents that collapsed because of the intense wind,” said Radwan Raad, standing in the snow at another ramshackle camp in Arsal.

Many of the camp’s residents did not receive U.N. aid and could not afford food every day, he added.

Helem Amer, 85, wrapped herself in a blanket in her flimsy shelter at that camp. “I can’t get up on my own, there’s no fuel, nothing, nobody to help.”