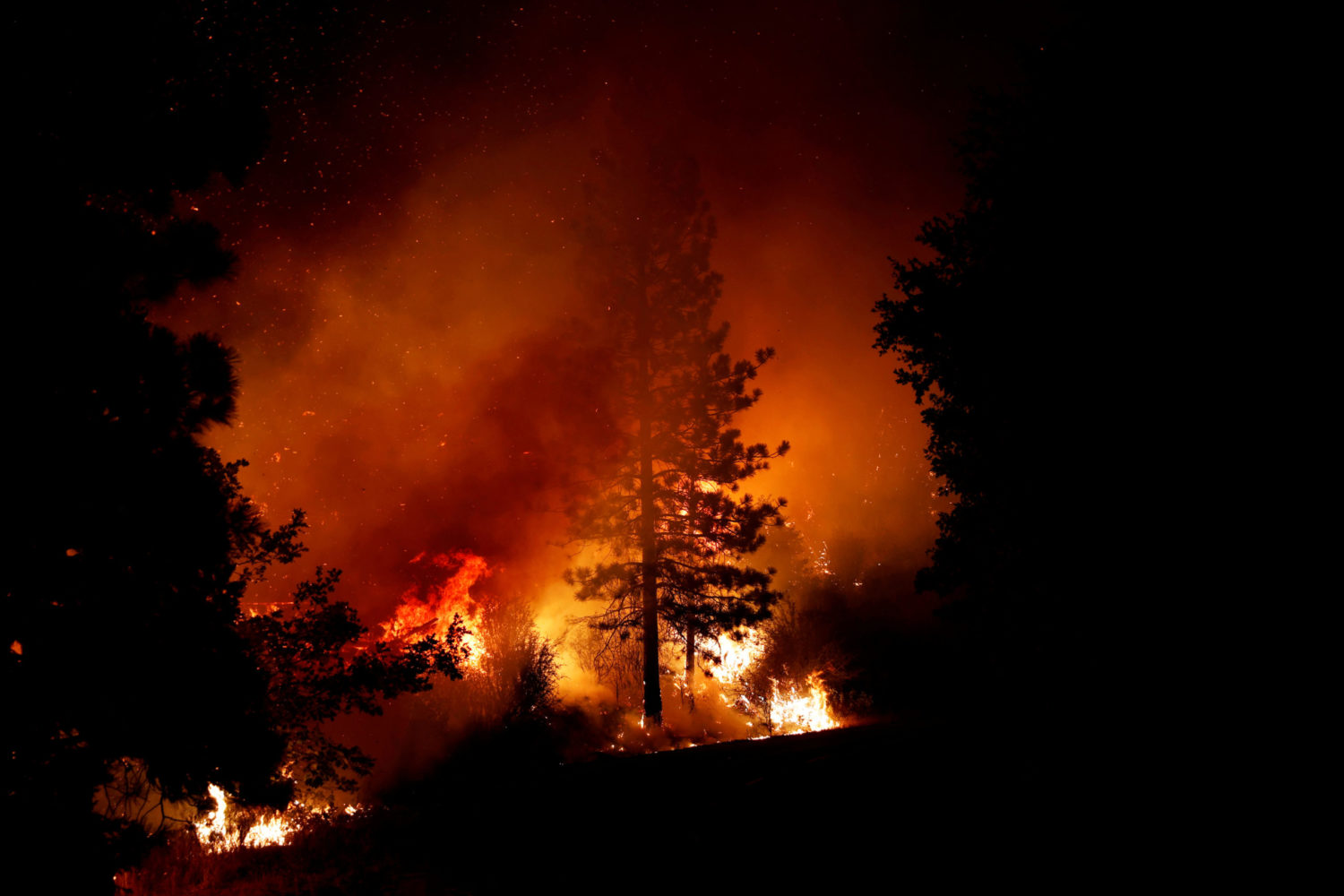 (Reuters) – U.S. military helicopters on Tuesday plucked dozens more campers, hikers and locals from the path of a raging California wildfire, with one pilot describing conditions as more dangerous than combat.

California Army National Guard Chinook and Black Hawk helicopters were flying into dense smoke, sometimes landing within 50 feet of flames while an extreme wildfire burned through a dead forest in Central California.

Crews have airlifted around 360 people and 16 dogs since the Creek Fire, the cause of which is under investigation, in mountains 35 miles northeast of Fresno on Saturday.

Kipp Goding landed multiple times at a campsite where people gathered on a lake dock as everything around them burned, filling his UH-60 Black Hawk helicopter to capacity.

“Every piece of vegetation you could see as far as you could see around that lake was on fire,” Goding, an Army National Guard pilot, said on a video call.

He told two people on his last landing that it was their final chance to go, but they chose to stay with their motor homes.

Two helicopter pilots have died since mid-August fighting wildfires in California and Oregon and Goding said the missions were worse than getting shot at in combat.

“The added stress and workload of going in and out of that fire is definitely by far the toughest flying I’ve ever done,” said Goding, who has flown 25 years for the Army.

Pilots are flying at night using night vision goggles to see through dense smoke that during the daytime can make missions impossible.

“Those night vision goggles allowed us to keep on going one ridge further,” Goding said. 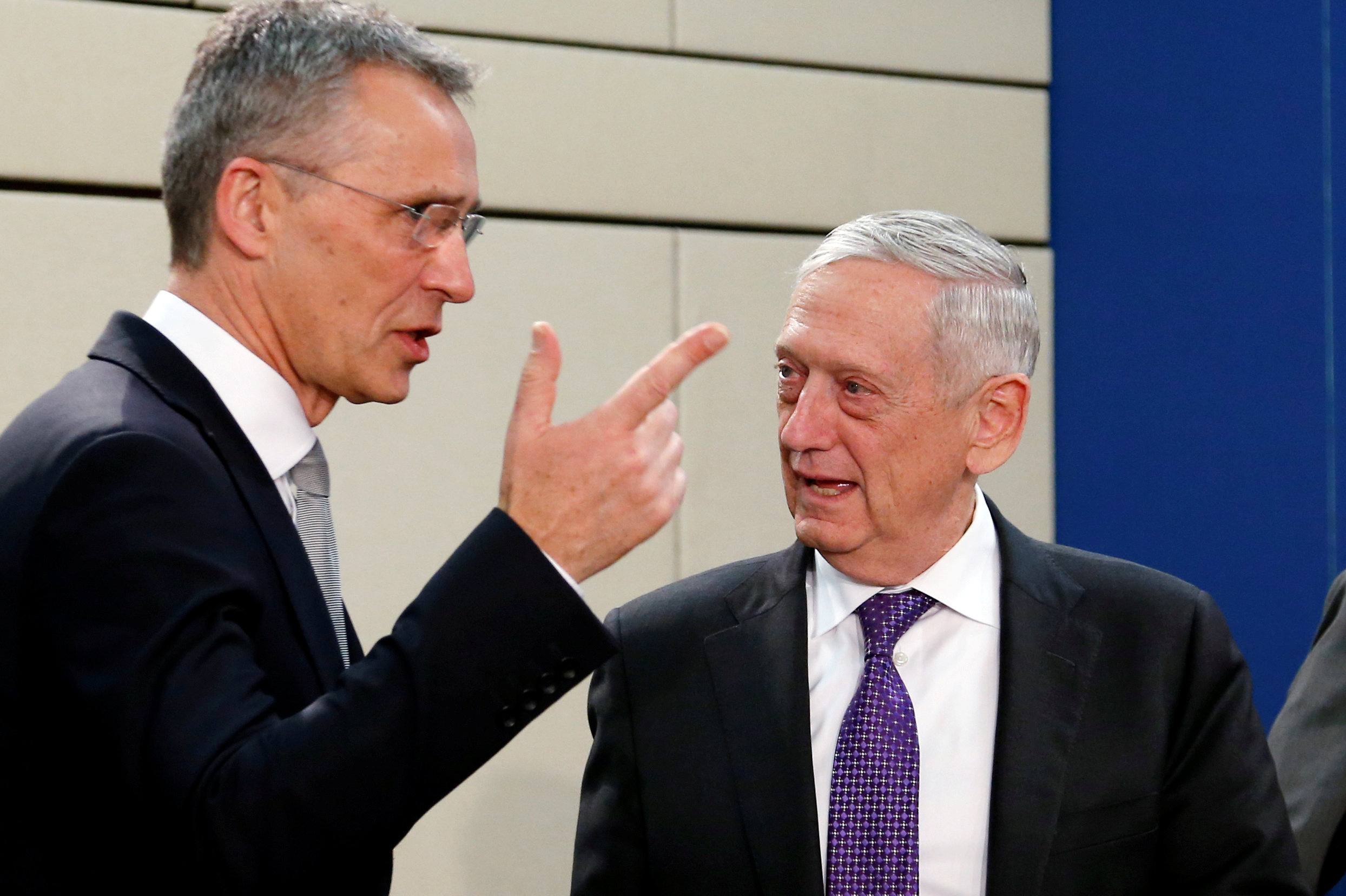 By Robin Emmott and Idrees Ali

BRUSSELS/WASHINGTON (Reuters) – The United States is pressing its European allies to get more NATO battalions, ships and planes ready for combat, officials say, in a fresh move to shore up NATO’s deterrence against any Russian attack.

U.S. Secretary of Defence Jim Mattis will seek broad agreement for the plan in Brussels on Thursday when alliance defence ministers meet, laying the ground for endorsement by NATO leaders at a summit in July, four U.S. and NATO officials and diplomats told Reuters.

It does not discuss specific troop numbers or a deadline for setting up the strategy. The size of battalions vary across NATO, from 600 to 1,000 soldiers.

That lays down a challenge for European governments, pilloried by U.S. President Donald Trump for slashing military spending after the Cold War, to remedy long-running problems with helicopters and jets that are grounded for lack of parts.

“We have an adversary (Russia) that can move quickly into the Baltics and Poland in a ground attack,” said one senior NATO diplomat who was briefed on the U.S. plans. “We don’t have the luxury of taking months to mobilise.”

One U.S. official said the initiative was primarily aimed at countering Russia and fit with the Pentagon’s 2018 National Defence Strategy, which accuses Moscow of seeking to “shatter the North Atlantic Treaty Organisation.”

Russia’s war games last year, involving what Western officials said were 100,000 troops, also prompted concerns about accidental conflicts that could be triggered by such exercises, or any incursions into Russian-speaking regions in the Baltics.

The Kremlin firmly rejects any such aims and says NATO is the security threat in eastern Europe.

“This idea, even if it flies, which I hope it won’t, would only increase tensions in an increasingly sensitive part of Europe,” Russia’s envoy to the European Union, Vladimir Chizhov, told reporters when asked about the proposal.

Wrong-footed by Moscow with Russia’s seizure of Crimea in 2014 and its intervention in Syria’s war in 2015, the United States is distrustful of the Kremlin’s public message and wants to be ready for any eventuality. 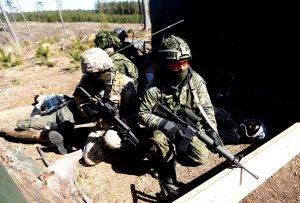 With more than 2 million troops, NATO forces outnumber Russia’s, whose active duty members are around 830,000, according to the International Institute of Strategic Studies, a British-based military think-tank.

Russia’s annexation of Crimea prompted NATO to set up a small, rapid-reaction “spearhead” force and put four battalions in the Baltics and Poland, backed up by U.S. troops and equipment on rotation.

But is unclear how fast the alliance could move large troop numbers to its eastern flank and how long it could sustain them. France is already stretched thin in Africa and British cutbacks are reducing the size of deployable forces, officials said.

According to a 2016 study by the Rand Corporation, Britain, France, and Germany could each muster a brigade of three or more battalions along with battle tanks and other armour in around a month. But their resources would be badly strained, leaving little capacity for any other conflicts.

Another unknown is how the 30-30-30-30 proposal would fit in with other initiatives aimed at improving European combat readiness and addressing shortfalls in weaponry and other military assets.

“We only have a certain amount of forces in Europe, and they cannot be committed to every military proposal,” a second senior NATO diplomat said. 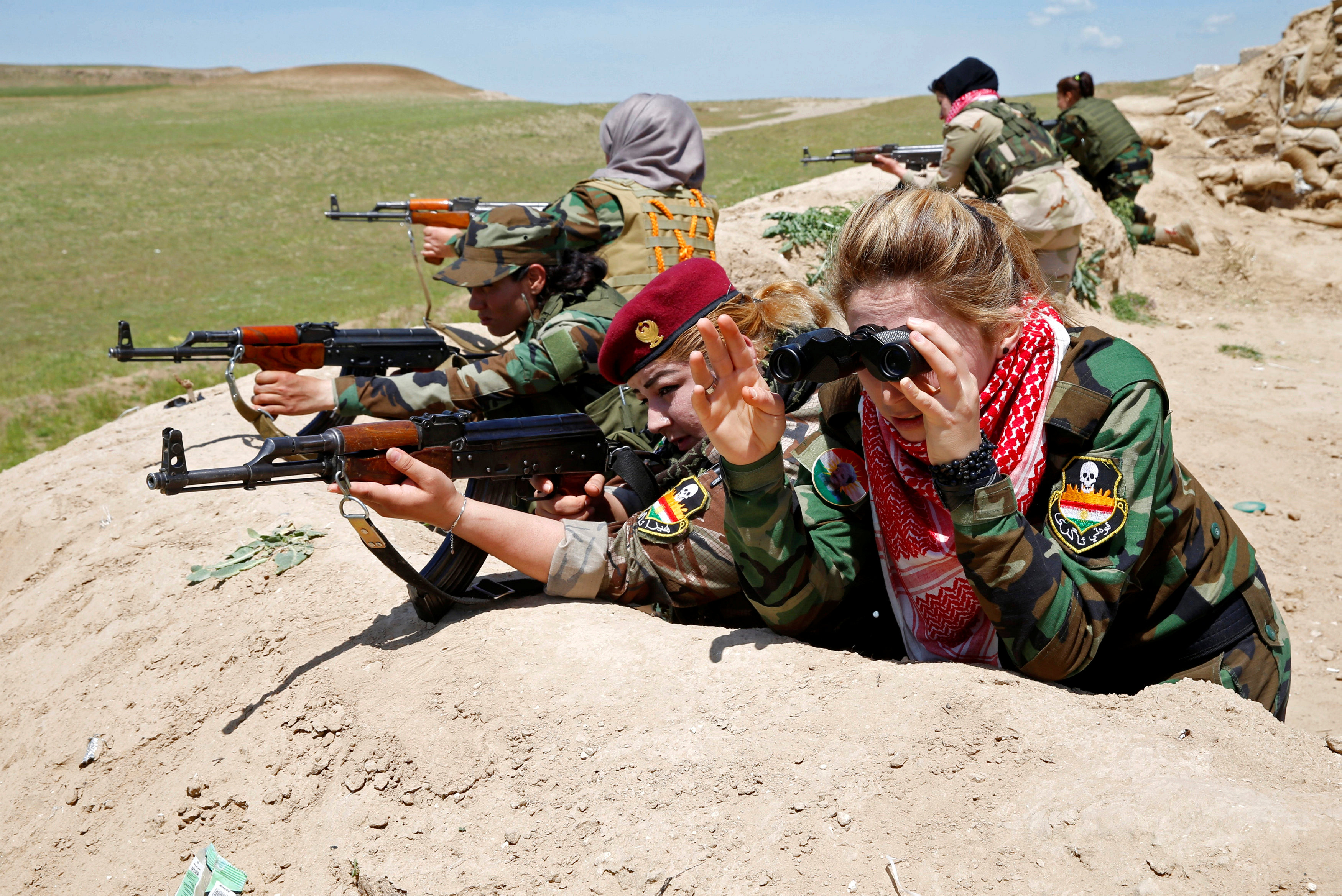 NAWARAN, Iraq (Reuters) – When Islamic State swept into the northern Iraqi town of Sinjar in 2014, a few young Yazidi women took up arms against the militants attacking women and girls from their community.

“They took eight of my neighbors and I saw they were killing the children,” Asema Dahir told Reuters last month at a checkpoint near a front line north of Mosul.

Dressed in military fatigues, the 21-year-old is now part of an all-female unit in the Kurdish peshmerga forces, which have played an important role in pushing back Islamic State in northern Iraq.

The killing and enslaving of thousands from Iraq’s minority Yazidi community focused international attention on the group’s violent campaign to impose its radical ideology and prompted Washington to launch an air offensive.

It also prompted the formation of this unusual 30-woman unit made up of Yazidis as well as Kurds from Iraq and neighboring Syria. For them, only one thing matters: revenge for the women raped, beaten and executed by the jihadist militants.

Dahir said she was stunned by the brutality of the militants, some of whom were neighbors and others from outside the area.

“They killed my uncle and took my cousin’s wife who had only just married eight days earlier,” she said, her piercing eyes clouding over. The bride, like thousands of other Yazidi women, is still being held by the militants.

During the firefights that raged across Sinjar in 2014, Dahir said she killed two Islamic State fighters before being shot in the leg. Reuters could not independently verify the fighters’ personal accounts.

Well-worn photographs of children and families tucked into the edge of mirrors or pressed onto walls in the women’s spartan barracks are reminders of what they have sacrificed to join the fight.

Haseba Nauzad, the unit’s 24-year-old commander, lost her marriage. She was living with her husband in Turkey when Islamic State swept through northern Iraq and announced its so-called caliphate over areas that included traditional Kurdish lands.

“I saw them raping my Kurdish sisters and I couldn’t accept this injustice,” Nauzad said.

Her husband wanted to pay human smugglers to take them to Europe along with more than a million others fleeing conflict in the region, but she insisted on going home to fight the Islamists.

“I put my personal life aside, and I came to defend my Kurdish sisters and mothers and stand against this enemy,” she said. She has lost contact with her husband since he arrived in Germany.

In a conservative society where women are often expected to stay at home, these women say gender does not keep them from entering battle.

“If a man can carry a weapon, a woman can do the same,” said Nauzad. “The men are inspired to fight harder when they see women standing in the same battlefield as them.”

The women in the unit are convinced Islamic State militants are scared of women fighters “because they think if they are killed by a woman, they will not go to heaven,” said Nauzad.

“This story encourages more women to join the fight.”