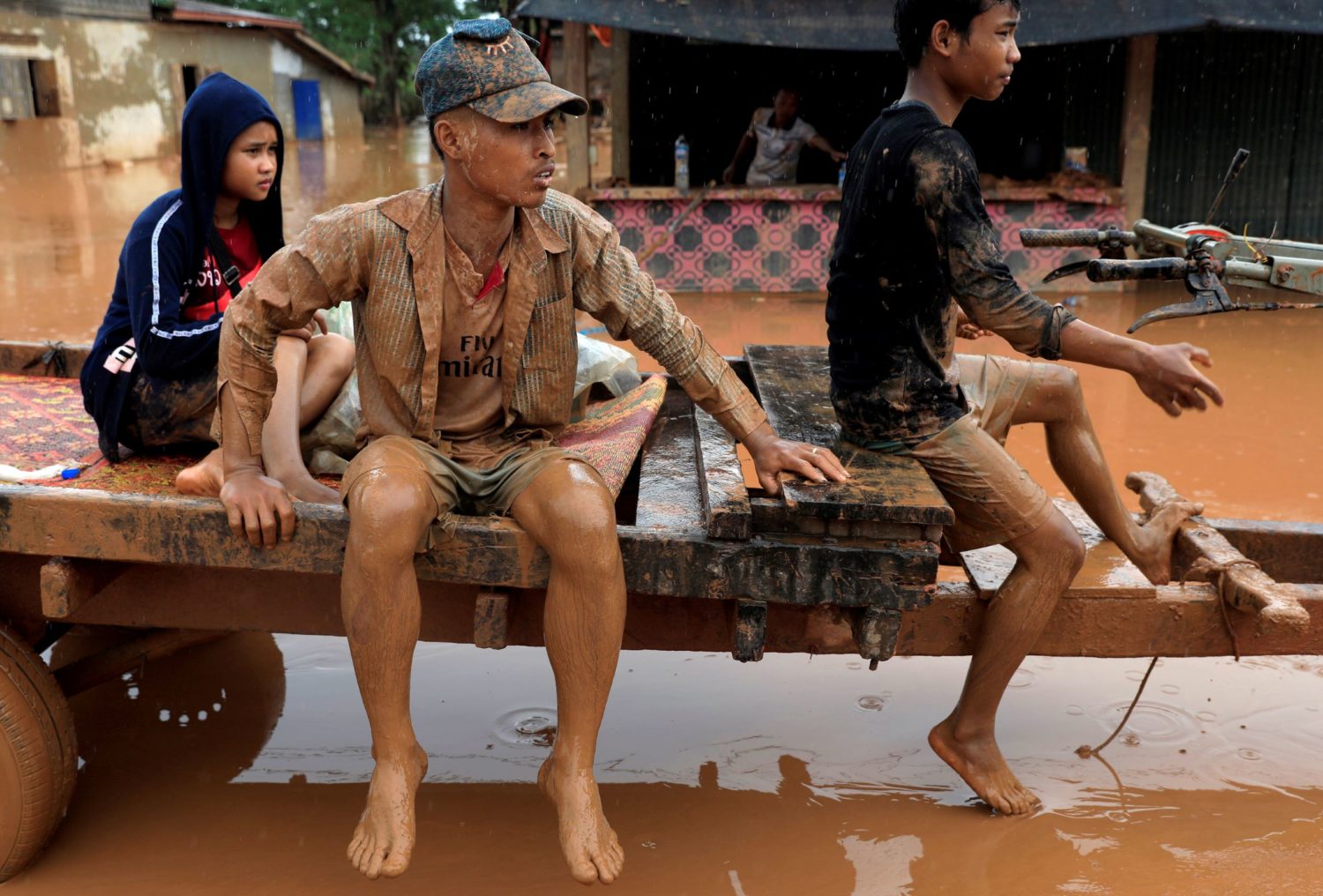 BANGKOK (Thomson Reuters Foundation) – Conflicts over land and water flared across the world this year amid greater competition for resources and increasing hostility towards farmers and indigenous people, according to two reports published Tuesday.

The Philippines was the deadliest country for a third year with 50 killings, or nearly one killing per week, it said.

Colombia recorded 27 killings, while Brazil had nine, with most crimes linked to energy, mining, plantation and logging industries.

“The landless face more risks than ever before, especially where the disregard for their rights converges with a conservative politics and an environmental emergency that the former heightens,” said Arnold Padilla, a regional coordinator at PAN Asia Pacific.

A spokesman for Duterte did not respond to a request for comment.

In Brazil, indigenous tribes are facing escalating violence under Bolsonaro, with two indigenous men shot dead last week, not far from where a prominent tribesman who defended the Amazon rainforest was killed last month.

Meanwhile, a rush to build hydropower dams from Chile to Cambodia has uprooted tens of thousands of people and destroyed ecosystems they rely on, non-profit International Rivers said.

Collectively, dams have displaced more than 80 million people worldwide so far, and affected an estimated half a billion people, according to data compiled by International Rivers.

“Dams can exacerbate poverty and worsen conditions for people who earn their livelihoods from land and river ecosystems,” it said.

Chinese firms have become the biggest players in dam building, International Rivers said, as the country rolls out its Belt and Road Initiative, a trans-continental scheme with trillions of dollars in infrastructure projects.

Chinese developers have said they adhere to global environmental and human rights standards.

In the tiny Southeast Asian nation of Laos, more than 100 dams are in operation, under construction or are planned, bringing much-needed investment to the impoverished nation.

But the collapse of the Xepian-Xe Nam Noy hydropower dam in Laos in July 2018 killed dozens of people and displaced over 6,000, underlining concerns over their safety.

In October, the first hydropower dam on the lower Mekong River began commercial operations in Laos amid protests from Thai villagers who say the Xayaburi Dam and others in the works will destroy their livelihoods. 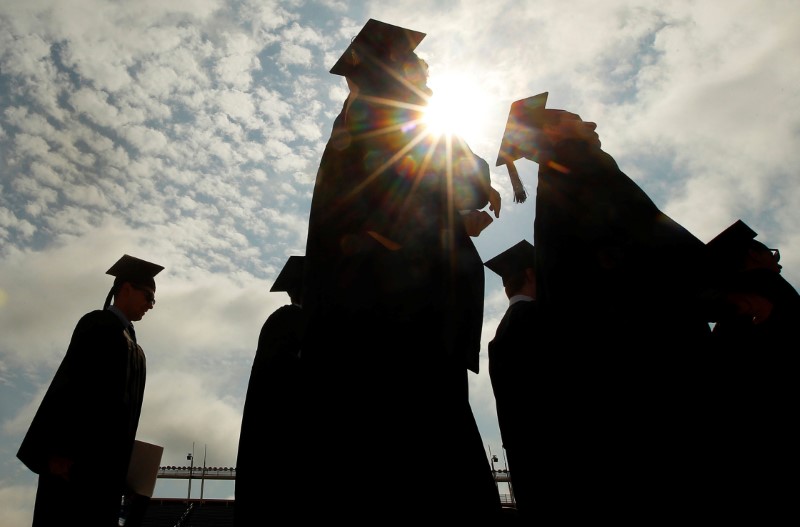 CHICAGO (Reuters) – When Scott Petracco graduated from the University of Illinois at Chicago with a bachelor’s degree in biology eight years ago, he thought he would quickly get a job in a laboratory and pay off $30,000 in student loans.

But the country was just emerging from the 2007-2009 recession, and he could not find a job related to his degree. Now, at age 30, he works part-time as a kidney dialysis technician in Chicago for $15 an hour. Since that does not pay the bills, he also has a second job loading freight.

“It’s nothing very exciting, but it pays well,” said Petracco, who does not think the money he spent on college was worth it. Tormented by his student loans, he has given up on going to medical school or working in his field, and is devoting “every dime I have into getting rid of the debt within six years.”

Petracco is not unusual. A study by the Federal Reserve published in May found that half of people under 30 with bachelor’s degrees wonder if the money they spent on college was worth it. It is a stunning finding in the Report on the Economic Well-Being of U.S. Households in 2017 https://www.federalreserve.gov/publications/files/2017-report-economic-well-being-us-households-201805.pdf, and evidence that the generation that finished college right after the Great Recession is turning into the “lost generation” some economists predicted a decade ago.

Separate research by the St. Louis Federal Reserve has found that rather than bouncing back from bad economic times, the wealth of the millennial generation has decreased since 2010 and is far less than their parents’ generation at a similar stage in life.

“The generation born in the 1980s has not seen the college pay-off,” said William Emmons, an economist with the St. Louis Fed.

A key to this: Pay has not kept up with the cost of college borrowing.

Even though job opportunities have improved since the recession, Emmons thinks this year’s graduates could be weighed down by the same trends.

Although unemployment has declined to just 5.3 percent for young college graduates, the New York Federal Reserve reported in April that 42.5 percent of recent college graduates are underemployed, working in jobs that do not require college degrees.

That suggests that Petracco’s problem finding a job stemmed not just from the recession. So many people now go to college that competition for jobs is intense. And because so many people with college degrees are available to employers, “We should not expect to go back to the 90s with big increases in salary,” for graduates, said Emmons.

Buyer’s remorse over the big college purchase among 20-somethings fits the times. There has been a tremendous change in prosperity since baby boomers went to college.

There has been an even worse drop-off in the ability to build wealth among people who went to college. Baby boomers born in the 1950s bought homes shortly after college and quickly built wealth in their 20s and 30s. Their wealth was 185 percent more than peers who had not gone to college.

Today, after borrowing heavily for college and starting jobs with relatively stagnant pay, those born in the 1980s have wealth only 42 percent above peers who did not go to college.

Housing – both rentals and buying – is unaffordable in many major metropolitan areas. Freddie Mac recently reported that less than half of college graduates could afford to live independently in cities. Fewer own homes.

Those who do buy often do so with help from a parent or grandparent, said Dana Bull, a 29-year-old Boston real estate agent who caters to her generation.

Having a college degree has not helped some of her peers, who struggle to get jobs. Then, Bull said, they compound the problem by adding on more debt for master’s degrees. 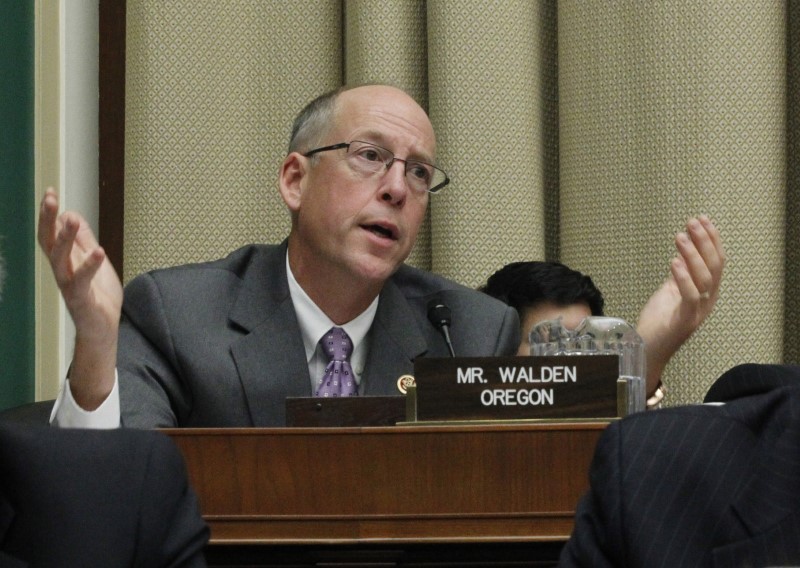 “President (Donald) Trump made it clear … he wants competition to lower drug prices, and that is precisely what this measure will help accomplish,” Walden, a Republican from Oregon, said at a health subcommittee hearing.

“Specifically the bill will require FDA (the Food and Drug Administration) to prioritize, expedite and review generic applications of drug products that are currently in shortage, or where there are few manufacturers on the market,” Walden said.

Trump this week met pharmaceutical executives and called on them to cut prices. He said the government was paying “astronomical” prices for medicines in its health programs for older, disabled and poor people.

Walden said recently there had been cases of “bad actors” who “jacked up the price of drugs because there was no competition,” but he did not name names. “We want to make sure that does not happen again,” the congressman said.

“For those in the industry who think it’s okay to corner a market, drive up prices and rip off consumers, know that your days are numbered,” Walden said.

He said the bill would also increase transparency around the backlog of generic drug applications at the FDA, saying there was an “unacceptably high” number.

The bill will be sponsored by Representative Gus Bilirakis, a Republican from Florida, and Representative Kurt Schrader, a Democrat from Oregon, Walden said. Republicans have the majority in both chambers of Congress.