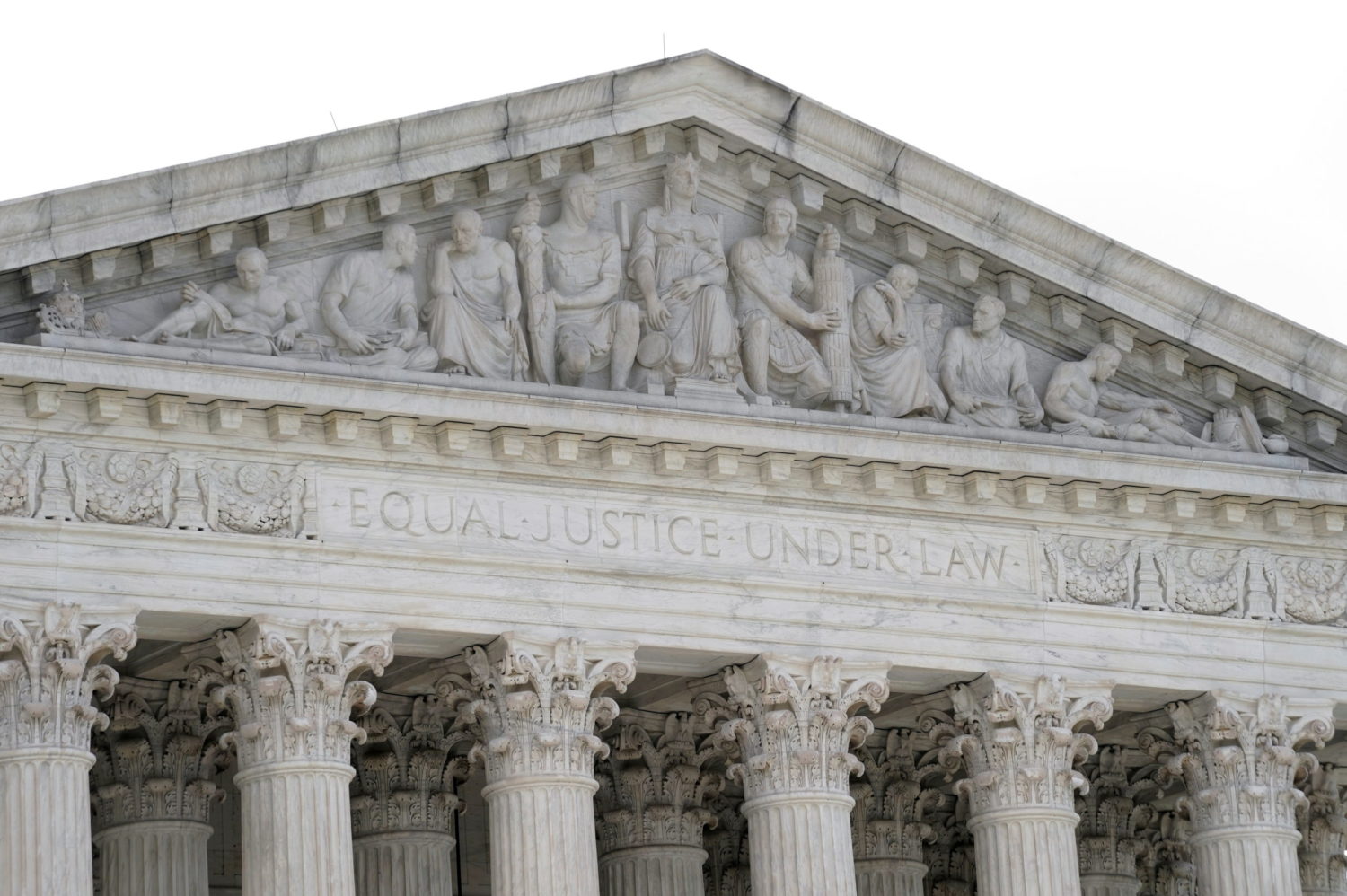 WASHINGTON (Reuters) -The U.S. Supreme Court returns to the divisive issue of gun rights on Wednesday with arguments in a challenge to New York state’s limits on carrying concealed handguns in public – a case that could imperil certain firearms restrictions nationally.

The justices are set to hear an appeal by two gun owners and the New York affiliate of the National Rifle Association, an influential gun rights group closely aligned with Republicans, of a lower court ruling throwing out their challenge to the state’s law, enacted in 1913.

Ahead of the oral arguments, advocates for gun control held a rally outside the courthouse, with victims of gun violence including former Democratic Representative Gabby Giffords speaking about their experiences. Giffords was shot in the head in 2011 at a community meeting in Arizona.

Across the street, a small group of gun rights activists posted signs including one reading, “We stand for the Bill of Rights,” a reference to the U.S. Constitution’s Second Amendment right to keep and bear arms.

Lower courts rejected the argument by the plaintiffs that the New York law violates the Second Amendment. The lawsuit seeks an unrestricted right to carry concealed handguns in public.

The court’s 6-3 conservative majority is considered sympathetic to an expansive view of Second Amendment rights.

The case could yield the most important gun rights ruling in more than a decade. The court in 2008 recognized for the first time an individual’s right to keep guns at home for self-defense, and in 2010 applied that right to the states.

New York’s law requires a showing of “proper cause” for carrying concealed handguns. To carry such a weapon without restrictions, applicants must convince a state firearms licensing officer of an actual, rather than speculative, need for self-defense.

The plaintiffs have argued that the right to self-defense matters most outside the home because that is where the chance of confrontation is highest.

New York has justified its law by arguing that analogous restrictions run from medieval England through the founding of the United States and ever since. The plaintiffs have argued that centuries-old restrictions were limited to dangerous and unusual weapons, not common arms for self-defense like handguns, and that many of America’s founders “carried firearms and supported the right to do so.”

Advocates for gun restrictions fear that the New York case could threaten other state and local measures such as “red flag” laws targeting the firearms of people deemed dangerous by the courts, expanded criminal background checks for gun buyers or restrictions on selling untraceable “ghost” guns.

Eight states including New York empower officials to decide whether people can carry concealed handguns in public even if they pass criteria such as criminal background checks. New York has said that about two-thirds of applications for unrestricted permits are granted in the state, amounting to tens of thousands annually.

Gun rights, held dear by many Americans, are a contentious issue in a nation with high levels of firearms violence. President Joe Biden has called gun violence a “national embarrassment.”

The Supreme Court’s ruling is due by the end of June. 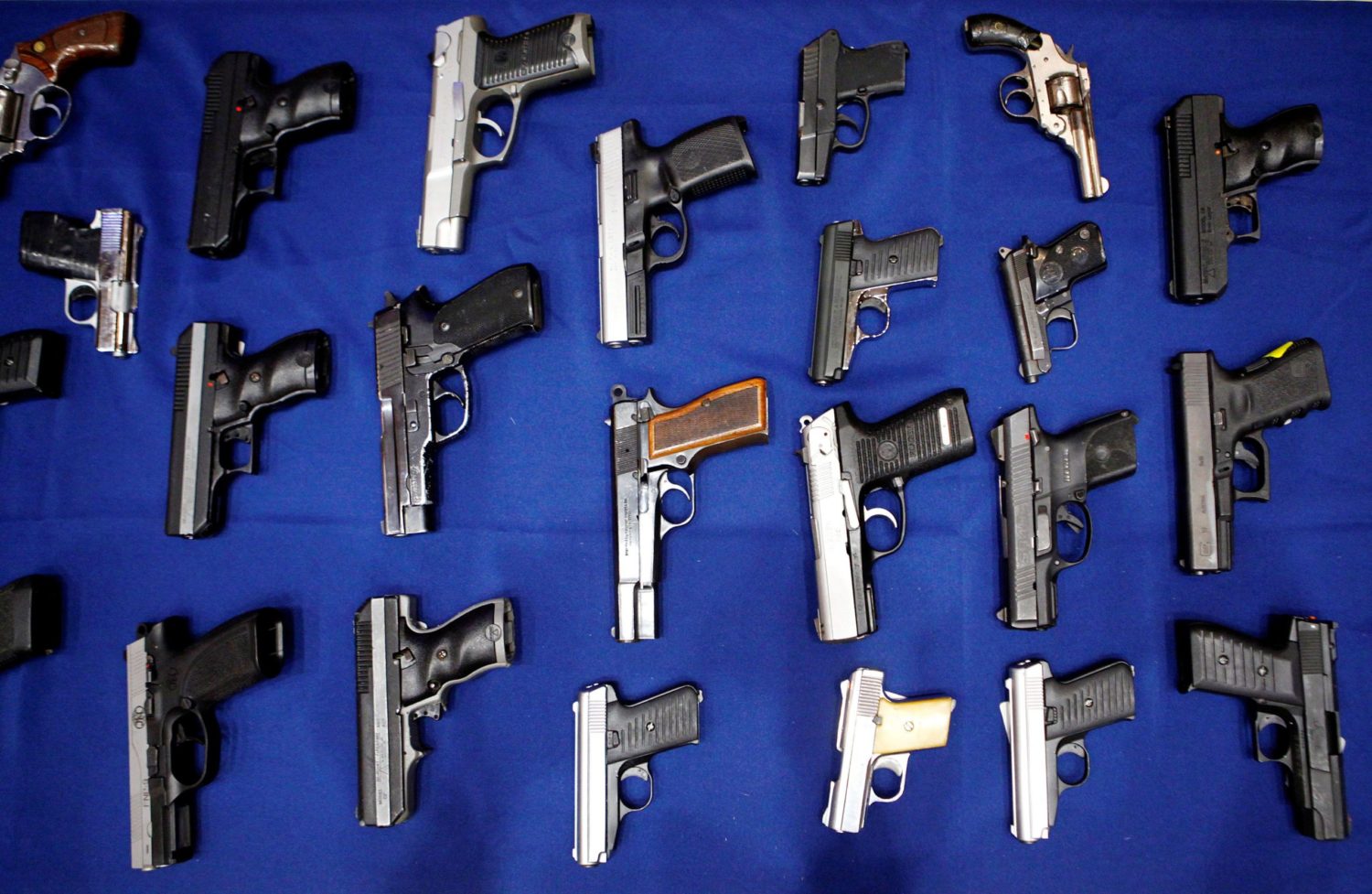 It was among the cases on the agenda at the private weekly conference of the justices. There is heightened concern about gun violence in the United States following a pair of mass shootings in a span of a week, one in Georgia and the other in Colorado, that killed a total of 18 people.

Two gun owners and the New York affiliate of the NRA, an influential gun rights group closely aligned with Republicans, are asking the justices to hear an appeal of a lower court ruling throwing out their challenge to a policy that requires a state resident to show “proper cause” to obtain a permit to carry a concealed handgun outside the home.

Lower courts rejected the argument made by plaintiffs that the restrictions violated the U.S. Constitution’s Second Amendment right to keep and bear arms.

The Supreme Court is not expected to announce whether it will take action on the appeal until Monday at the earliest.

If the justices do eventually take up the case and hear oral arguments, they would once again step into a swirling debate over gun rights in a nation that has a gun fatality rate consistently higher than other rich countries.

Democratic President Joe Biden on Tuesday urged the Senate to approve two bills passed by the Democratic-led House of Representatives on March 11 that would broaden background checks on gun buyers. Biden also called for a national ban on assault-style weapons, while the White House said he is considering executive actions to address gun violence that would not require the approval of Congress.

Numerous mass shootings in the United States have failed to spur the U.S. Congress to pass gun control legislation sought by Democrats, thanks in large part to opposition from congressional Republicans and the NRA.

The Supreme Court’s 6-3 conservative majority is seen as holding an expansive view of Second Amendment rights.

The New York case, if accepted, could lead to the most consequential ruling on the scope of the Second Amendment in more than a decade. The court in a landmark 2008 ruling recognized for the first time an individual’s right to keep guns at home for self-defense, and in 2010 applied that right to the states.

The plaintiffs in the New York case are asking for that right to be extended beyond the home. A ruling against New York could force lower courts to cast a skeptical eye on new or existing gun control laws.

Under New York’s law on carrying concealed handguns, a resident may obtain licenses that are restricted to hunting and target practice, or if they hold certain jobs such as a bank messenger or correctional officer. But to carry a concealed handgun without restriction, an applicant must convince a firearms licensing officer of an actual – rather than merely speculative – need for self-defense.