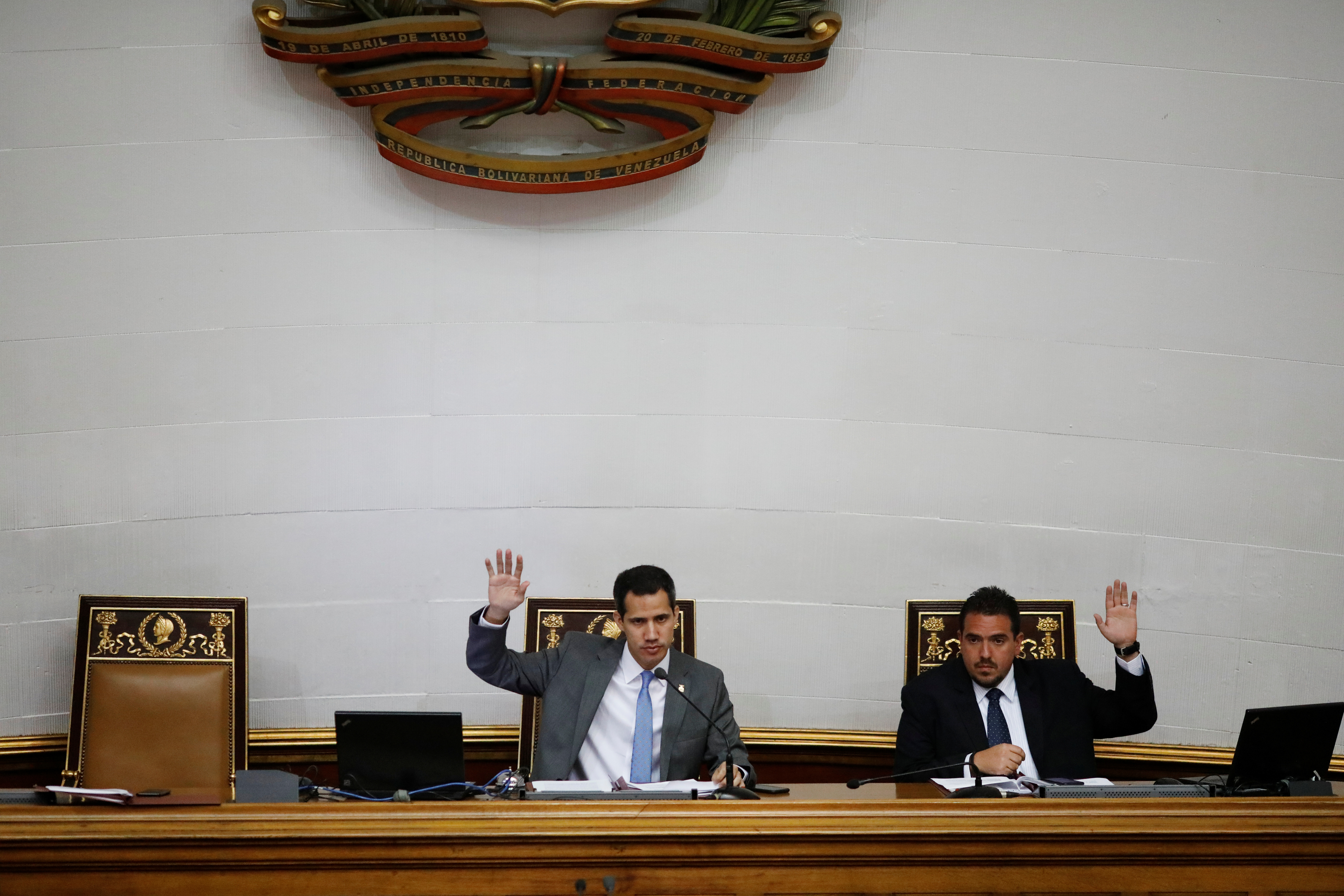 By Corina Pons and Angus Berwick

An increasingly isolated Maduro lashed out at the congress leader Juan Guaido, saying in an interview that he would face the courts “sooner or later” for violating the constitution after he declared himself interim president last month.

Although many Western countries have recognized Guaido as legitimate head of state, Maduro retains control of state institutions and Guaido needs funds if he is to assemble an interim government.

Controlling PDVSA’s U.S. refiner Citgo Petroleum, Venezuela’s most valuable foreign asset, would go some way to helping in that, though seizing the reigns of PDVSA itself seems improbable while Maduro remains in power.

“We have taken a step forward with the reconstruction of PDVSA,” Guaido said on Twitter, just after congress named the directors. “With this decision, we are not only protecting our assets, we also avoid continued destruction.”

PDVSA’s crude output has slumped to 70-year lows, due to crushing debts, widespread corruption, and little maintenance of its infrastructure. The administration of U.S. President Donald Trump, which backs Guaido, imposed sanctions on Venezuela’s oil sector on Jan. 28, aimed at curbing exports to the United States and upping the pressure on Maduro.

The proposed Citgo board would be composed of Venezuelans Luisa Palacios, Angel Olmeta, Luis Urdaneta and Edgar Rincon, all of whom are currently living in the United States, plus one American director.

The nominations fuel a growing duel for control between Guaido and Maduro, who has promised he will not allow Citgo to be “stolen.” The mechanics of how the new board would take over are unclear, and there are likely to be court challenges to the board’s authority, people familiar with the deliberations say.

Citgo and PDVSA did not immediately reply to requests to comment.

Bulgarian security officials said on Wednesday that the country has blocked transfers out of several bank accounts which have received millions of euros from PDVSA.

Maduro, in an interview released on Wednesday by Lebanese television channel al-Mayadeen TV, said Guaido was seeking to divide the country and convince the Trump administration to launch a foreign intervention.

“This person, who believes that politics is a game and he can violate the constitution and the law, sooner or later will have to answer before the courts,” Maduro said, adding he was “absolutely sure” of this.

“If the American empire dares to touch even one palm leaf in our territory, this will turn into a new Vietnam,” he said.

A senior U.S. lawmaker said on Wednesday that Congress would not give backing to any U.S. military intervention in Venezuela.

The Trump administration has said it wants a peaceful resolution to the crisis but Trump has repeatedly refused to rule out military action.

“I think there are a number of solutions, a number of different options, and we look at all options,” Trump said when asked about the issue on Wednesday, in an appearance at the White House with Colombian President Ivan Duque.

In the meantime, the United States and other countries are trying to channel aid to Venezuela.

Guaido told a huge rally of supporters on Tuesday that humanitarian aid would enter the country on Feb. 23, setting the stage for a showdown with Maduro, who has refused to let supplies in.

Maduro denies there is an economic crisis despite a widespread lack of food and medicine and hyperinflation.