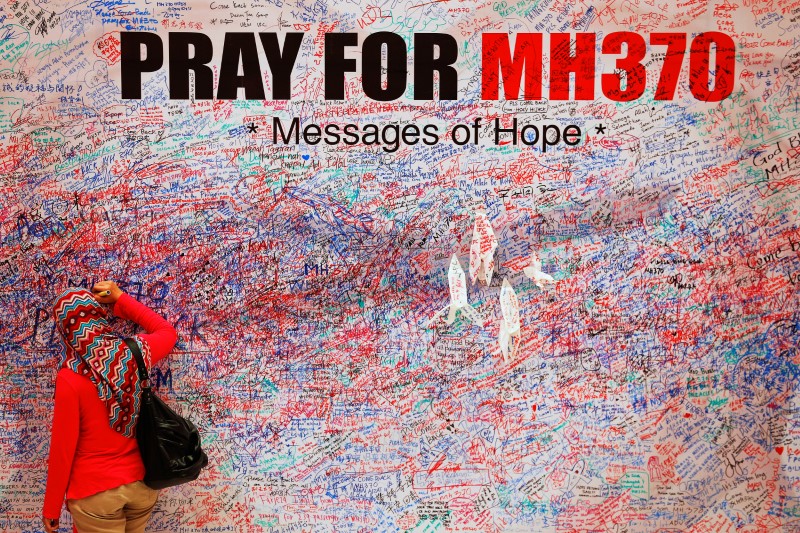 KUALA LUMPUR (Reuters) – U.S.-based seabed exploration firm Ocean Infinity on Wednesday said it was moving a vessel closer to a possible search area for missing Malaysia Airlines flight MH370 as it soon expects to be awarded a contract by Malaysia to resume the search.

The disappearance of the aircraft en route from Kuala Lumpur to Beijing in March 2014 with 239 people aboard ranks among the world’s greatest aviation mysteries. Australia, China and Malaysia ended a fruitless A$200-million ($156.62 million) search in January last year.

But in October, Malaysia said it was in talks with Ocean Infinity to resume the search on a “no-cure, no-fee” basis, meaning it will only get paid if it finds the plane.

“Ocean Infinity is hopeful of receiving the final contract award for the resumption of the search for MH370 over the coming days,” a company spokesman told Reuters in an emailed statement.

“With a relatively narrow weather window, we are moving the vessel, Seabed Constructor, towards the vicinity of the possible search zone. This is designed to save time should the contract award be forthcoming, as hoped,” he said.

Reuters shipping data showed the Seabed Constructor left Durban, South Africa, on Tuesday and was headed to Perth, Australia, where it is due on Feb. 7.

Malaysia’s deputy transport minister, Aziz Kaprawi, said the government was negotiating final terms of the agreement with Ocean Infinity and he was not aware of the vessel’s movement.

“We are in the final stages of the decision. On our part, we have yet to finalize the agreement,” he told Reuters.

When asked whether Australia and China would be consulted about the contract award, Aziz said: “Basically, Malaysia will make the decision, as this offer was made to the Malaysian government. The cost will also be decided by Malaysia.”

Investigators believe someone may have deliberately switched off the transponder of the Boeing 777 before diverting it over the Indian Ocean.

Various pieces of debris have been collected from Indian Ocean islands and Africa’s east coast and at least three of them have been confirmed as coming from the missing plane.