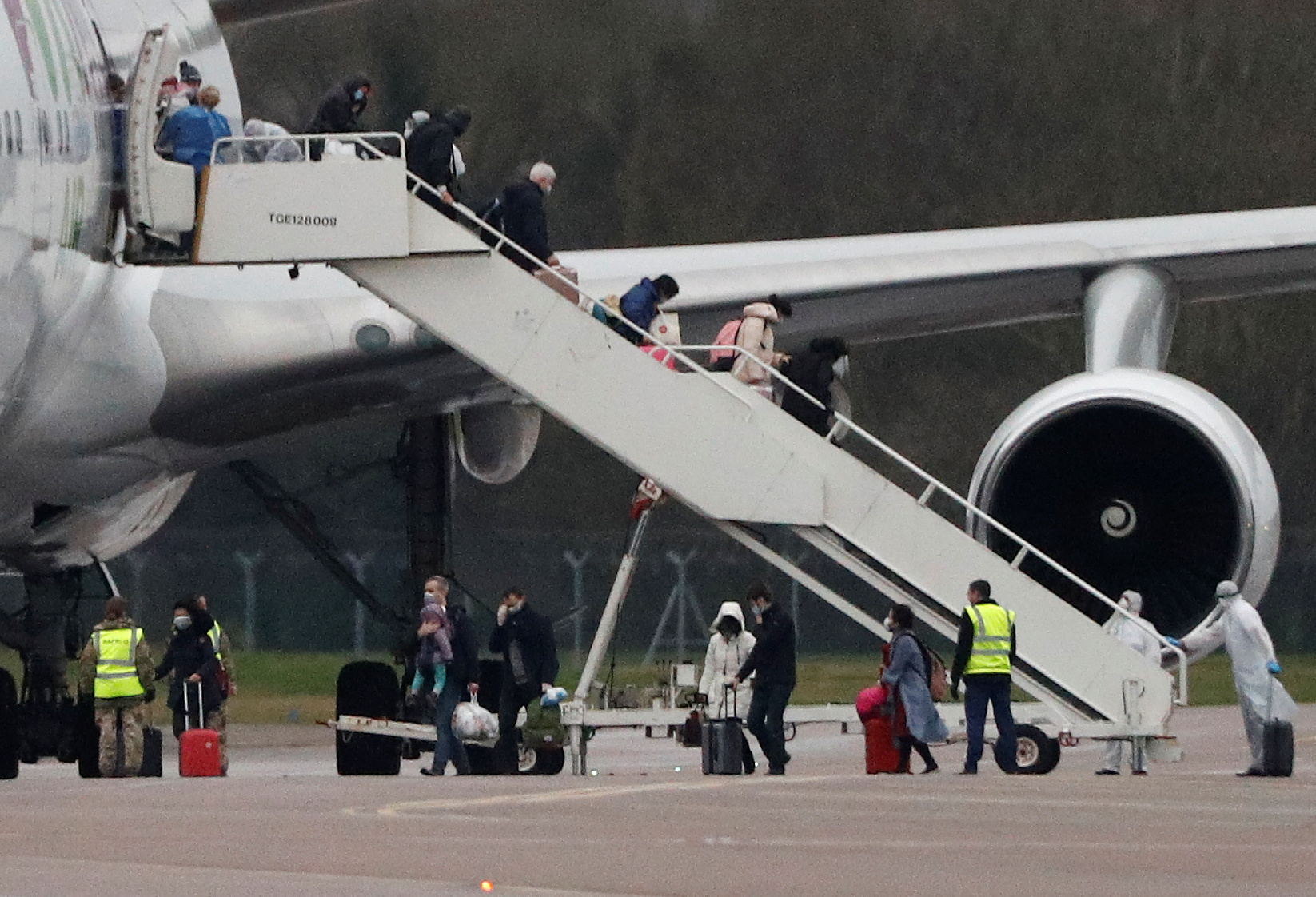 (Reuters) – A growing number of countries around the world are evacuating or planning to evacuate diplomatic staff and citizens from parts of China hit by the new coronavirus.

Following are some countries’ evacuation plans, and how they aim to manage the health risk from those who are returning.

– Canada, after evacuating 215 last week, flew back 185 Canadians from Wuhan on Feb. 11. All evacuees will be quarantined on the Trenton, Ontario base for two weeks.

– Ukraine is preparing to evacuate its citizens from Wuhan on Feb. 11 by special charter plane to Kiev, the country’s embassy in China said on Feb. 10. Returning citizens would be put into mandatory quarantine for two weeks.

– A second evacuation flight is bringing back another 174 Singaporeans and their family members from Wuhan to the city-state on Feb. 9, Singapore’s foreign ministry said.

– Thirty Filipinos returned to the Philippines on Feb. 9 from Wuhan, the Department of Foreign Affairs said. The returning passengers and a 10-member government team will be quarantined for 14 days.

– Two planes with about 300 passengers, mostly U.S. citizens, took off from Wuhan on Feb. 6 bound for the United States – the third group of evacuees from the heart of the coronavirus outbreak, the U.S. State Department said.

– Uzbekistan has evacuated 251 people from China and quarantined them on arrival in Tashkent, the Central Asian nation’s state airline said on Feb. 6.

– Taiwan has evacuated the first batch of an estimated 500 Taiwanese stranded in Wuhan.

– The 34 Brazilians evacuated from Wuhan landed in Brazil on Feb. 9, where they will begin 18 days of quarantine.

– Italy flew back 56 nationals from Wuhan to Rome on Feb. 3. The group will spend two weeks in quarantine in a military hospital, the government said.

– Indonesia’s government flew 243 Indonesians from Hubei on Feb. 2 and placed them under quarantine at a military base on an island northwest of Borneo.

– South Korea flew 368 people home on a charter flight that arrived on Jan. 31. A second chartered flight departed Seoul for Wuhan on Jan. 31, with plans to evacuate around 350 more South Korean citizens.

– Japan chartered a third flight to repatriate Japanese people, which arrived from Wuhan on Jan. 31, bringing the number of repatriated nationals to 565.

– Kazakhstan, which previously evacuated 83 people from Wuhan, will send two planes to China on Feb. 10 and Feb. 12 to evacuate its citizens. Out of 719 Kazakhs remaining in China, 391 have asked to be repatriated.

– Spain’s government is working with China and the European Union to repatriate its nationals.

– Russia said it would begin moving its citizens out of China via its Far Eastern region on Feb. 1, regional authorities said. It plans to evacuate more than 600 Russian citizens currently in Hubei, Deputy Prime Minister Tatiana Golikova said. A first Russian military plane took off on Feb. 4 to evacuate Russian citizens from Wuhan, the RIA news agency reported.

– Swiss authorities said they hope to have about 10 citizens join the French evacuation of nationals from China. 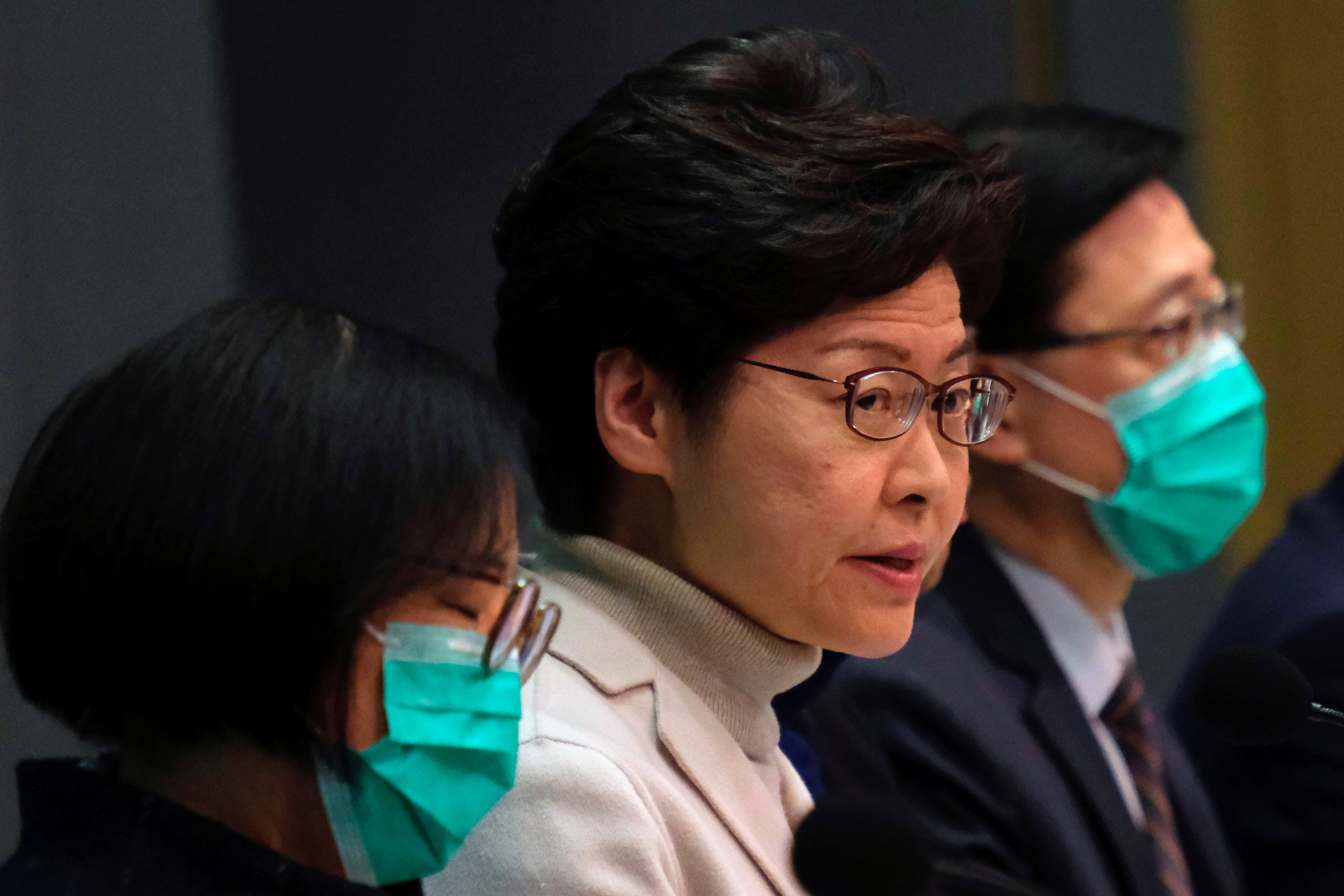 By Felix Tam and Twinnie Siu

HONG KONG (Reuters) – Hong Kong’s leader announced the closure of four more border crossings with mainland China on Monday, leaving just three checkpoints open, but stopped short of demands for the entire border to be closed to curb the spread of the new coronavirus.

Hong Kong has 15 confirmed cases of the coronavirus, which emerged in central China in December and has killed more than 360 people there and sent jitters through global markets.

Carrie Lam, chief executive of Chinese-ruled Hong Kong, was speaking hours after more than 2,500 workers from the Hospital Authority Employees Alliance (HAEA) went on strike to call for the border to be shut and better protection for hospital staff, among other demands.

“We should be united if we have the same goal. At this critical moment, (some people are) taking extreme means and it is inevitable it will affect the rights of patients,” Lam said.

“Those using extreme means to try to force the government’s hand will not succeed.”

Striking workers at the Hospital Authority building booed as they watched Lam speak, calling her a liar and chanting: “Close all borders.”

The medical workers, members of the newly formed union, held a press conference shortly after Lam spoke and said they planned to keep up their strike action.

HAEA chairwoman Winnie Yu said she expected around 9,000 of the alliance’s roughly 18,000 members to strike on Tuesday.

Pro-democracy protesters have in recent months formed about 40 unions as a way to press their demands on the government and at least a dozen have come out in support of the HAEA’s strike.

Reflecting concerns in the broader business community, three-quarters of American business leaders polled said they wanted Hong Kong to shut the border with the mainland, according to a survey of 156 executives by the American Chamber of Commerce in Hong Kong.

Lam has rejected calls to shut the entire border, saying such a move would be “inappropriate and impractical” as well as “discriminatory”.

By making it inconvenient for people to cross the border, Lam said she hoped it would help contain the spread of the virus although she does not “rule out future measures as the situation evolves”.

The health scare comes after months of at times violent anti-government protests in Hong Kong triggered by fears the city’s autonomy, guaranteed under a “one country, two systems” formula, is being eroded by Beijing.

The virus is expected to heap more pressure on the former British colony, which on Monday reported its economy contracted for the first time in a decade in 2019.

The HAEA’s five demands are for the government to close the border, distribute masks to the public, ensure that front-line medical workers have adequate supplies and protection, provide enough isolation wards for patients and guarantee no reprisals for strikers.

Panic-stricken residents have emptied shelves in major supermarkets in Hong Kong, stockpiling meat, rice and cleaning products as fears escalate over the coronavirus.

About 90 percent of the city’s food is imported, with the bulk coming from the mainland, according to official data.

“They’ve started rushing to buy supplies even before they fully close the borders,” Lam said.

“It’ll get worse if it is fully closed. Especially food. People have been rushing to buy oil, salt and rice, not to mention the face masks.”