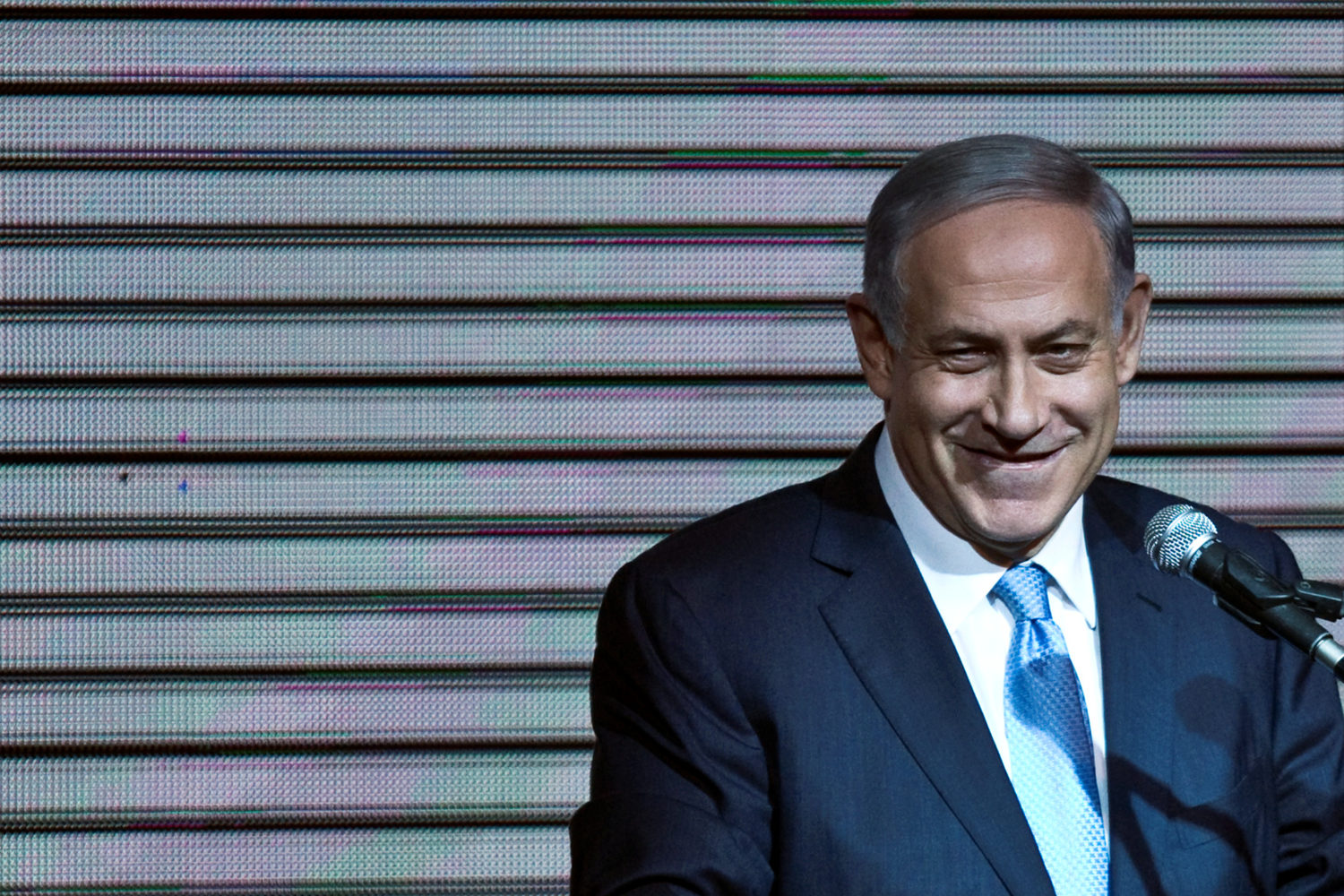 By Jeffrey Heller and Dan Williams

JERUSALEM (Reuters) – Israeli Prime Minister Benjamin Netanyahu was indicted on corruption charges on Thursday, heightening uncertainty over who will ultimately lead a country deep in political disarray after two inconclusive elections this year.

The decision announced by Attorney General Avichai Mandelblit was the first of its kind against a serving Israeli prime minister and represented Netanyahu’s gravest crisis of his lengthy political career.

He was charged with breach of trust and fraud in all three corruption cases against him, as well as bribery in one of the investigations, according to a charge sheet released by the Justice Ministry.

Netanyahu, in power since 2009, has dominated Israeli politics for a generation and is the country’s longest-serving leader. He has denied wrongdoing in the three corruption cases, saying he is the victim of a political witch hunt.

He is under no legal obligation to resign after being charged. The opening of a trial could be delayed for months by a new election and any moves by the right-wing prime minister to seek parliamentary immunity from prosecution.

Netanyahu, 70, was due to make a statement from his official residence at 2030 GMT.

Earlier, during one of the most unusual days in Israeli political history, the country’s president told lawmakers to name a candidate to form a new government after right-winger Netanyahu and centrist challenger Benny Gantz both failed, a development that probably sets the stage for a third election within a year.

“These are harsh dark days in the annals of the State of Israel,” President Reuven Rivlin said as he announced that Gantz had not mustered enough support for a stable coalition.

Police recommended in February that Mandelblit file criminal charges against Netanyahu in the long-running investigations dubbed Cases 1000, 2000 and 4000.

Netanyahu is suspected of wrongfully accepting $264,000 worth of gifts, which prosecutors said included cigars and champagne, from tycoons and of dispensing favors in alleged bids for improved coverage by Israel’s biggest selling newspaper, Yedioth Ahronoth, and the Walla website.

Netanyahu could face up to 10 years in prison if convicted of bribery and a maximum 3-year term for fraud and breach of trust.

Even though he was under suspicion, that was not enough to dissuade most of his traditional allies from sticking with him in coalition negotiations, effectively blocking Gantz’s path to the premiership.

But the two elections that neither Netanyahu nor Gantz won exposed a rare political vulnerability in the prime minister after a decade in office.

The prolonged political stalemate comes at a tricky time for Israel and its most prominent statesman on the domestic and international fronts.

Its conflict with arch-foe Iran has deepened – Israeli warplanes hit Iranian targets in Syria on Wednesday after rockets were fired toward Israel – while fighting with Palestinian militants in Gaza flared last week.

The introduction of criminal charges could further complicate the eventual rollout of the U.S. administration’s long-delayed Middle East peace plan by imperiling the political future of one of the key players whose support is needed. 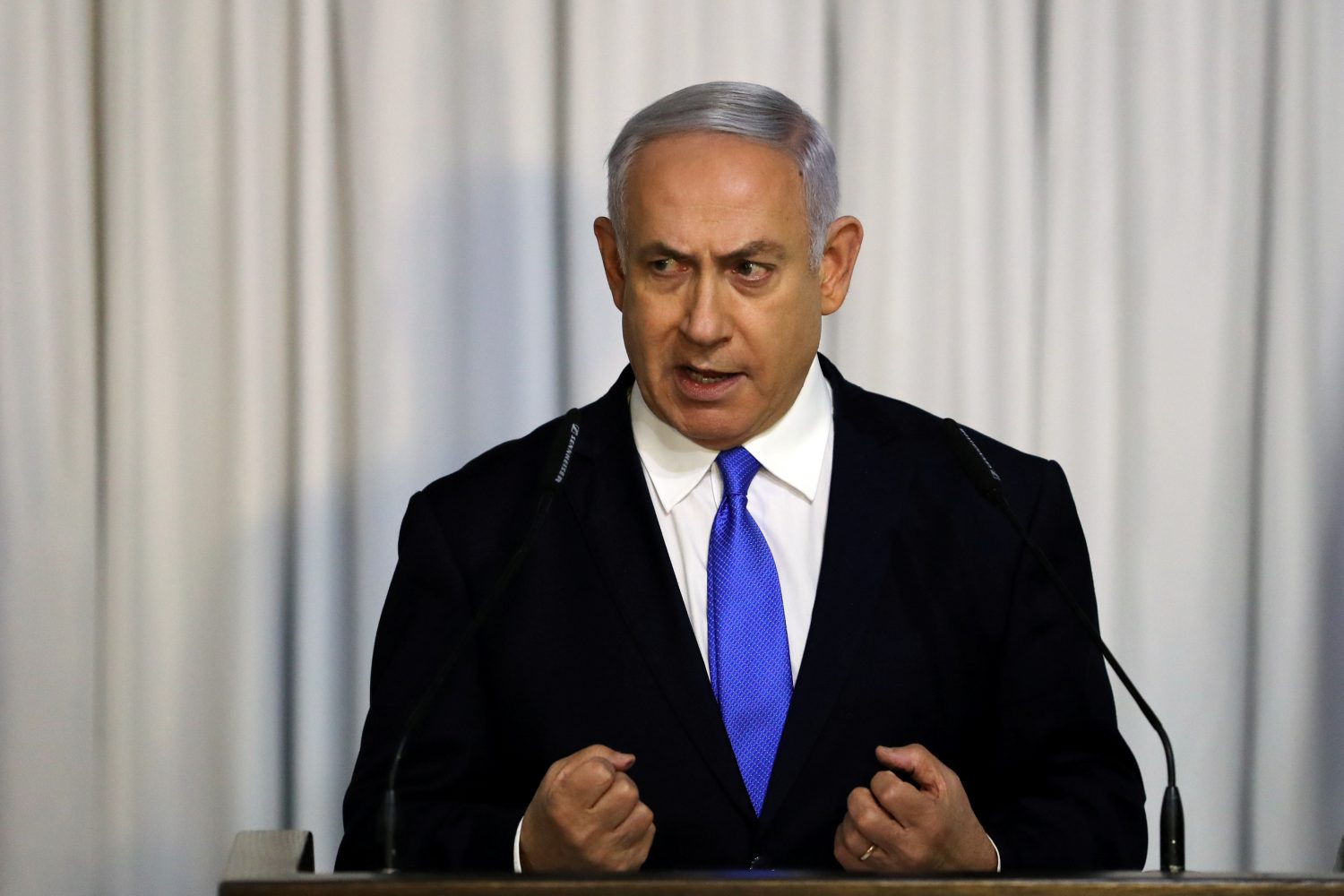 The reported decision, ahead of Israel’s April 9 election, deepens uncertainty over Netanyahu’s prospects in a tight race.

The actual filing of the reported charges, which include bribery, fraud and breach of trust, will depend on the outcome of a required hearing. At that hearing – likely after the election – Netanyahu can try to persuade the attorney-general not to indict him.

Netanyahu, who is seeking a fourth consecutive term, denies any wrongdoing. In the long-running investigations, he is suspected of wrongfully accepting gifts from wealthy businessmen and dispensing favors in alleged bids for favorable coverage by a newspaper and a website.

Netanyahu’s right-wing Likud party described the reported charges as “political persecution”. It said the prime minister, who has vowed not to resign over the allegations, was due to deliver a statement at 8 p.m. (1800 GMT).